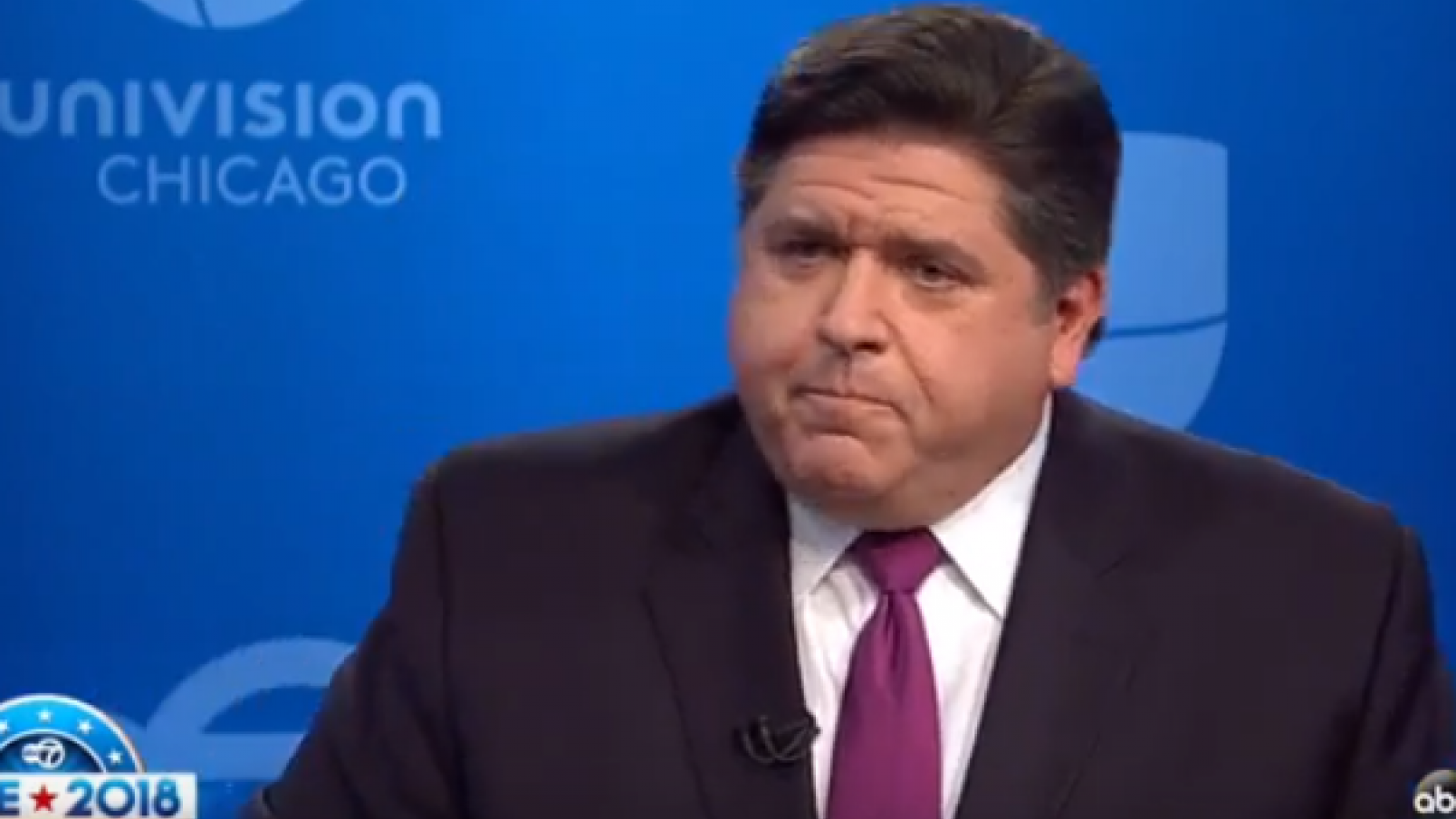 Chicago politics are in the toilet. But never has that been quite as true as in the case of Governor JB Pritzker.

Pritzker was heavily backed by Barack Hussein Obama in his campaign to take power in Illinois.

The surprise visit to Caffe Paradiso in Urbana followed Obama’s speech Friday at the University of Illinois, where he railed against President Donald Trump and urged students to get involved in the November elections.

Pritzker is trying to unseat Republican Gov. Bruce Rauner. He and Stratton joined Obama as the former president walked the cafe, chatting up students and other customers and posing for photos.

Obama told the crowd before leaving: “You guys, remember to vote. Governor, lieutenant governor, all the way down the ballot.”

Obama made personal appearances with Pritzker, campaigned for him and cut a video for him in which he declared that he was proud to endorse the adipose racist sleazeball.

“J.B. gets things done,” declares an earnest-looking Obama, looking relaxed and healthy, if with considerably more gray hair than back in the day.

Obama lauds Pritzker’s work in establishing the 1871 tech incubator here and his work on providing school breakfasts for poor kids.  “I know J.B.  I trust J.B.,” says Obama. “That’s who he is . . . someone who identifies the right problems and brings people together to solve them.”

Like, apparently, the problem of how to avoid paying taxes for your mansion by getting rid of all the toilets.

Democratic Illinois Gov. JB Pritzker, his wife and his brother-in-law are under federal criminal investigation for a dubious residential property tax appeal that dogged him during his gubernatorial campaign last year, WBEZ has learned.

WBEZ has also confirmed that Illinois First Lady MK Pritzker’s personal assistant who was involved in the property tax appeal, Christine Lovely, is being represented by one of Chicago’s most high-powered lawyers. Her attorney, Reid Schar, is a former federal prosecutor who helped convict ex-Illinois Gov. Rod Blagojevich on corruption charges.

The developments demonstrate that the billionaire governor and his wife may face a serious legal threat arising from their controversial pursuit of a property tax break on a 126-year-old mansion they purchased next to their Gold Coast home.

A Cook County inspector general’s report, first published by the Chicago Sun-Times, later found MK Pritzker directed workers to remove all toilets from the mansion in order to have it declared “uninhabitable,” which gave the Pritzkers a huge property tax break. The report also found that Lovely and the governor’s brother-in-law, Thomas J. Muenster, made “false representations” on tax appeal documents.

The county watchdog said all of that amounted to a “scheme to defraud” taxpayers out of more than $331,000.

I trust J.B…. to end up being close to former Dem Gov. Rod Blagojevich. And then the Dems will have to find the “least offensive” replacement.

Pritzker, a billionaire businessman, was exposed as a closet racist in a 2008 FBI wiretapped conversation that surfaced earlier this year. On the recording, Pritzker talks with former Illinois Democratic Gov. Rod Blagojevich, who’s serving a prison sentence for attempting to cash in on filling Obama’s vacated U.S. Senate seat. In that conversation, Pritzker recommended filling the seat with the “least offensive” Black candidate.

Has someone taken a look at Obama’s toilets?