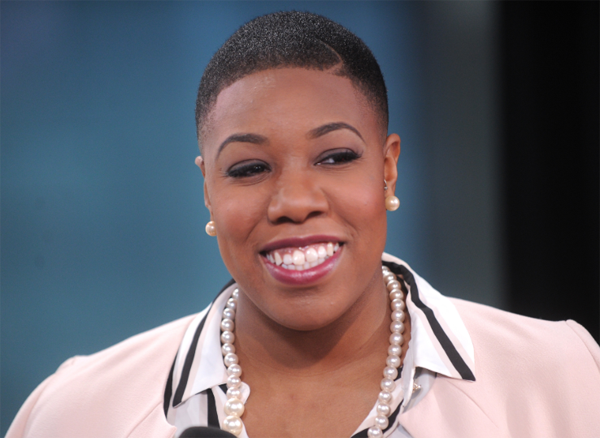 Symone Sanders has signed on as a senior adviser to newly-declared 2020 Democratic presidential candidate Joe Biden, despite her 2016 claim that Democrats didn’t “need white people leading” the party.

Sanders, 29, is a CNN political commentator and has worked with Priorities USA, the largest Democratic Party Super PAC.

She served as press secretary for independent Vermont Sen. Bernie Sanders during his 2016 presidential run but was not with him for the entire campaign leaving in July of 2016. At the time there was speculation that she was only hired due to her youth and ethnicity to deflect criticism that the campaign was not diverse enough.

Sanders told CNN’s Brianna Keilar just weeks after the 2016 election that it was time for the Democratic Party to reflect on diversity in its leadership.

“In my opinion, we don’t need white people leading the Democratic party right now. The Democratic Party is diverse, and it should be reflected as so in leadership and throughout the staff, at the highest levels.

Sanders, who is described as a “prominent progressive voice” and a regular presence on cable news, gives Biden a valuable addition to his team. But she hasn’t always been in sync with the former vice president. Recently, she critized Biden for cracking jokes in response to the unwanted touching allegations leveled against him by several women with whom he’d interacted during his career.

In the segment, she raised a hypothetical about how she would handle communications for Biden.

“If I’m Vice President Biden’s communications person, if he comes out and says the words ‘I’m sorry,’ all the chyrons and headlines will say ‘I’m sorry,’ Sanders said encouraging Biden to keep listening and talking to people.

Prior to then, Sanders had also characterized the conventional wisdom around Biden being the frontrunner in the Democratic primary as being “overhyped.” In the same report though, she acknowledged that he could be “formidable.”

So she doesn’t think white people shouldn’t lead the Democratic Party and thinks Biden is “overhyped” but accepts a position working with him anyway. It must be that the bottom line, is the bottom line.