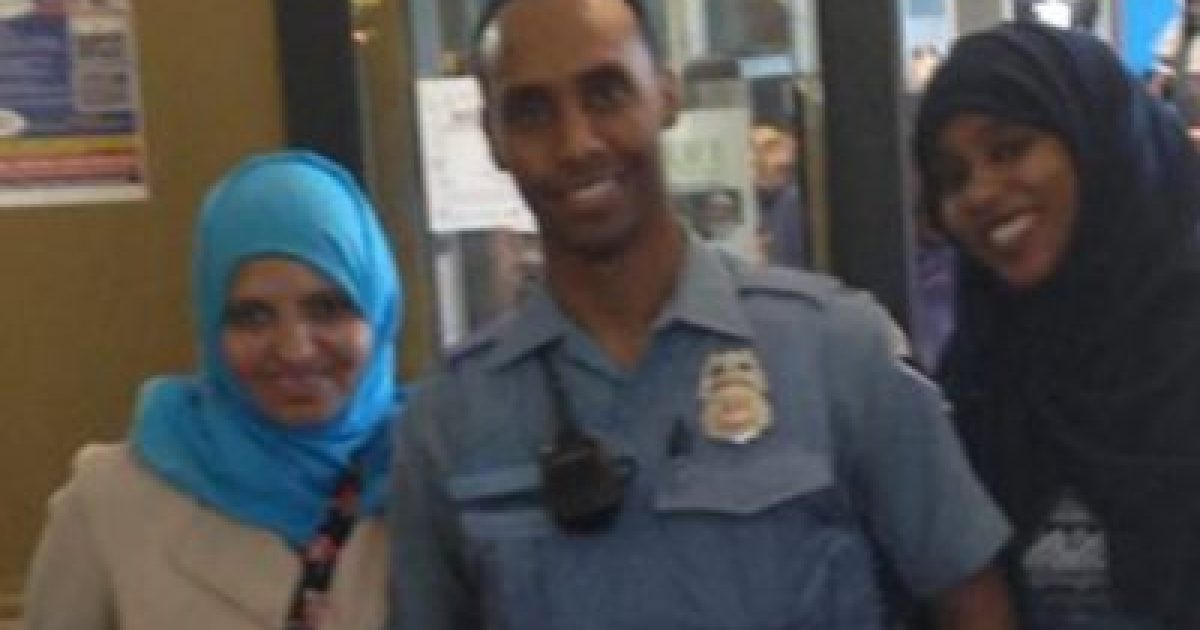 Editor’s Note: When a woman calls upon police for help, unarmed in her pajamas, she can not be trusted.  This story does not add up. Noor has a history of indiscretions, including putting a gun to a driver’s head during a traffic stop. He says, in this case, he stopped the “threat.” He stopped the threat of an unarmed woman, named Justine Damond,  who was begging him for help and is now dead.

This proves the truth of what I have said all along about this case: Mohamed Noor was not competent to be a police officer. If he had not been a Somali and a Muslim, he never would have been on the force at all. Identity politics kills. If there is any lesson to be drawn from the killing of Justine Ruszczyk Damond, that is it. The city of Minneapolis was so eager to have a Somali Muslim police officer on the force that it hired a man who had been found incompetent to hold the job. Even worse, Minneapolis officials did not fire him even when he proved that he was indeed unfit to be a cop.

Fox News has reported that “the former Minneapolis police officer charged in the shooting death of Justine Ruszczyk Damond once put a gun to a driver’s head during a traffic stop and sometimes ignored calls, according to court filings indicating that psychiatrists and training officers voiced concerns about his fitness for duty.”

Not only that, but “[Mohamed] Noor was flagged by two psychiatrists during a pre-hiring evaluation in early 2015. The psychiatrists said he seemed unable to handle the stress of regular police work and exhibited an unwillingness to deal with people.”

The psychiatrists added: “Noor was more likely than other candidates to become impatient with others over minor infractions, have trouble getting along with others, to be more demanding and to have a limited social support network. The psychiatrists said he ‘reported disliking people and being around them.’”

But he was hired anyway. The foolishness of that decision became clear almost immediately.

“In one instance two months before the shooting, Noor reportedly pointed a gun at the head of a driver who was pulled over for giving the middle finger to a bicyclist and then passing a vehicle without signaling.”

The Minneapolis Police Department and city officials wanted Mohamed Noor to succeed so badly, he was placed on and graduated from a fast-track program to get onto the force in the first place. He was the first Somali Muslim on the Minneapolis police force; in 2016, Minneapolis Mayor Betsy Hodges expressed her excitement about that fact: “I want to take a moment to recognize Officer Mohamed Noor, the newest Somali officer in the Minneapolis Police Department. Officer Noor has been assigned to the 5th Precinct, where his arrival has been highly celebrated, particularly by the Somali community in and around Karmel Mall.”

Hodges wasn’t excited because Mohamed Noor had the skills necessary to become a fine police officer. She was only excited because he represented a religious and ethnic group that she was anxious to court.

His competence as a police officer was always secondary to his ethnicity and religion.

Thus he remained on the force even though there were three complaints against him in two years. A neighbor reported: “He is extremely nervous … he is a little jumpy … he doesn’t really respect women, the least thing you say to him can set him off.” When the neighbor heard that Noor was the cop who had shot an unarmed woman, he wasn’t surprised: “When they say a policeman shot an Australian lady I thought uh oh, but then when they said who it was, I was like, ‘OK.’”

None of the indications of Mohamed Noor’s unfitness to become and remain a police officer mattered to Minneapolis officials. They had too much invested in his success to acknowledge that their exercise in diversity and multiculturalism was a miserable failure. Noor was a symbol of our glorious multicultural mosaic. He was a rebuke to “Islamophobes” and proof that what they say is false. He was, for Minneapolis authorities, nothing less than the triumph of their worldview.

Apparently, there was nothing whatsoever he could have done to be removed from the police force — until he killed Justine Damond. But even then, he remained on the force for months after the shooting. Hodges and other Minneapolis officials should be held responsible for this. But they won’t be. 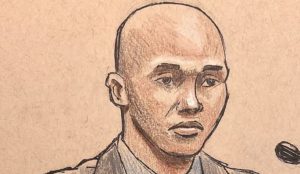 “‘My world came crashing down’: US cop who shot dead an Australian in her pyjamas reveals the moment he realised he had killed an innocent woman,” by Charlie Moore, Daily Mail Australia, April 26, 2019 (thanks to Robert):

A US cop accused of murdering an Australian woman while on duty cried in court as he testified and said his world ‘came crashing down’ when he realised he shot an innocent woman.

Mohamed Noor, 33, is accused of shooting US-Australian Justine Damond on 15 July, 2017 in Minneapolis.

Ms Damond, a 40-year-old life coach who grew up in Sydney before moving to America, had called police to report that she could hear a sexual assault on a street near her home.

When cops arrived, she allegedly approached the police car in an alleyway and was shot through the driver’s window.

Noor and his patrol partner Matthew Harrity could not revive her.

On Thursday, Noor spoke publicly about the incident for the first time.

Noor testified that he fired to stop what he thought was a threat to him and his partner, Matthew Harrity, after he heard a loud bang on the driver’s side of the squad car.

Noor said he saw fear in Harrity’s eyes and saw that Harrity was trying to pull his gun but was having difficulty.

He described putting his left arm over Harrity’s chest, and seeing a woman in a pink shirt with blond hair outside Harrity’s driver’s side window raising her right arm.

‘I fired one shot,’ Noor said. ‘My intent was to stop the threat.’

When he realised he had shot an innocent woman, Noor said, ‘I felt like my whole world came crashing down.’

‘You meant to shoot the woman to stop the threat?’ she asked. ‘You knew you were shooting a person?’

Earlier, Noor told the court about his training for possible ambushes, saying he learned that reacting too late ‘means you die’.

He described the unorthodox path he took to becoming an officer – he was working as a pharmaceutical analyst before deciding to switch careers – and then detailed his 29-week cadet training in 2015.

Noor was fired from the force soon after being charged. His lawyers have said he was spooked by a noise on his squad car right before the shooting and feared an ambush.

Noor described ‘counter-ambush’ training that included scenarios such as two officers in a squad car, doing routine tasks, and an instructor yelling ‘Threat!’ The officers had to make a quick decision about whether to shoot, Noor said on Thursday.

‘Action is better than reaction,’ Noor said. ‘If you’re reacting, that means it’s too late… to protect yourself… you die.’

Noor described another training exercise where he was sent to a location, heard gunshots and instead of assessing the threat, he ran towards it. An instructor shot him with a paintball gun, he said.

‘So the point is if you don’t do your job correctly, you’ll get killed,’ his lawyer Thomas Plunkett said.

Prosecutors have questioned the supposed noise, presumably from Ms Damond slapping the car as she approached, by noting that investigators didn’t find forensic evidence of her fingerprints on the car.

They also questioned the timing of partner Matthew Harrity’s first mention of the thump – not on the night of the shooting but a few days later, as he was being interviewed by state investigators.

Neither officer had their body cameras running when Ms Damond was shot, something Officer Harrity blamed on what he called a vague policy that didn’t require it….