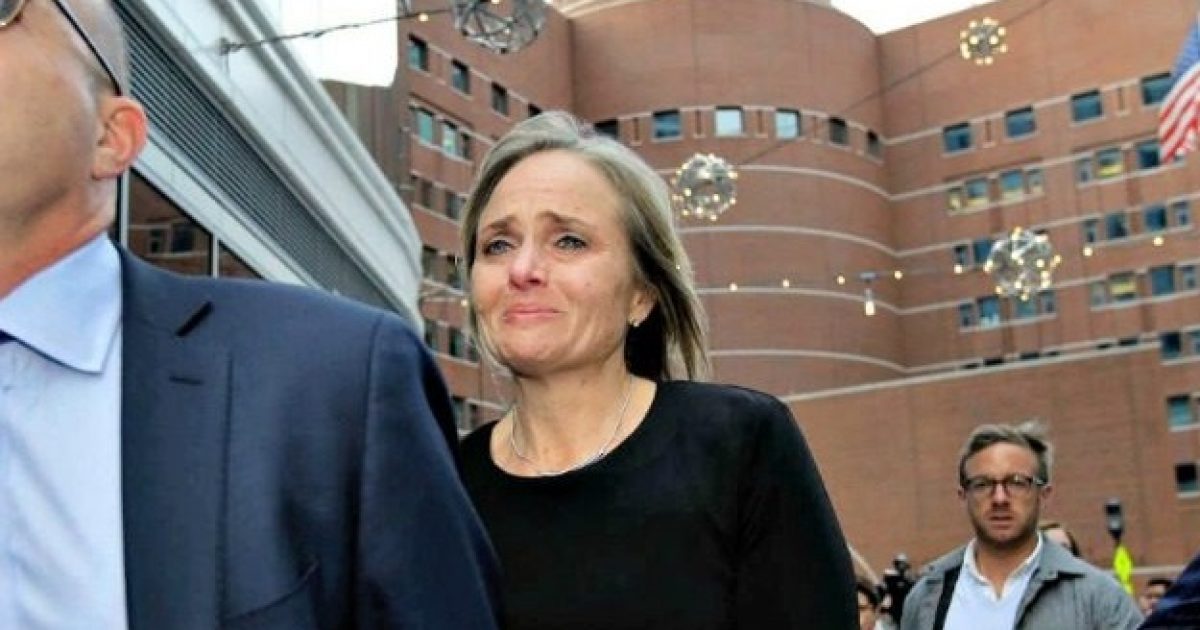 This may be the acid test of the sanctuary city movement.

States and cities have taken votes on becoming sanctuaries for illegal alien criminals.

Some, like California, have even threatened law enforcement if officers cooperate with ICE.

One judge in Newton, Massachusets, a sanctuary city, went even further by helping an illegal alien escape.

Now, after a federal grand jury was convened, she’s facing the consequences.

A state judge is expected to self-surrender to federal authorities later today on charges she helped a Dominican national in the country illegally for a third time and facing drug charges give a U.S. Immigration and Customs Enforcement agent the slip.

U.S. Attorney Andrew Lelling announced a federal grand jury was indicting Shelley M. Richmond Joseph, 51, of Natick on charges of obstruction of justice and aiding and abetting for interfering with a federal investigation.

Lelling said that on the date in question, “ICE had dispatched a single federal officer in plainclothes to take custody of A.S. after his release from Newton District Court. When the officer got to the courthouse, he announced his identity and purpose for being there to various courthouse personnel, including the court clerk, who then told Judge Joseph. The federal officer then sat in the public seating area of the courtroom, waiting for A.S.’s case to be called.”

But before that happened, Lelling said Joseph ordered the ICE agent to wait in the lobby.

During the audio taping of A.S.’s hearing, Lelling said Joseph ordered the court clerk to turn off the recording device for what turned out to be 52 seconds.

A.S., who had been previously deported in 2003 and 2007, according to the indictment, was barred from returning to the U.S. until 2027. But when A.S.’s attorney told Joseph ICE would grab A.S. if he was released on bail, Lelling said, “The judge and the defense attorney then conspired to have A.S. released out the back door of the courthouse to avoid the ICE officer.”

MacGregor, he said, then accompanied A.S., his defense attorney and an interpreter to lockup.

“Once downstairs, MacGregor opened the back door to the courthouse and released A.S.,” Lelling said. “The ICE officer who was told to wait outside in the courtroom in the lobby did not know A.S. had been released, and in fact sat there waiting for someone who was already gone.”

“From certain quarters I’ve heard the occasional gasp of dismay or outrage at the notion of holding a judge accountable for violating federal law. But if the law is not applied equally, it cannot credibly be applied to anyone,” Lelling said. “Are judges special? Sure. But not because of the privileges they have enjoyed. They’re special because they’re entrusted with enormous power. They explicitly swear to uphold the law and they are given life tenure under the state constitution.

“The idea of anyone interfering with federal law enforcement is troubling,” he said, “but if a judge did it, then it’s far, far worse.”

Expect Joseph to quickly become a martyr as this becomes a battle over whether federal law on immigration is still valid, or can be suppressed by the pro-illegal alien Left.