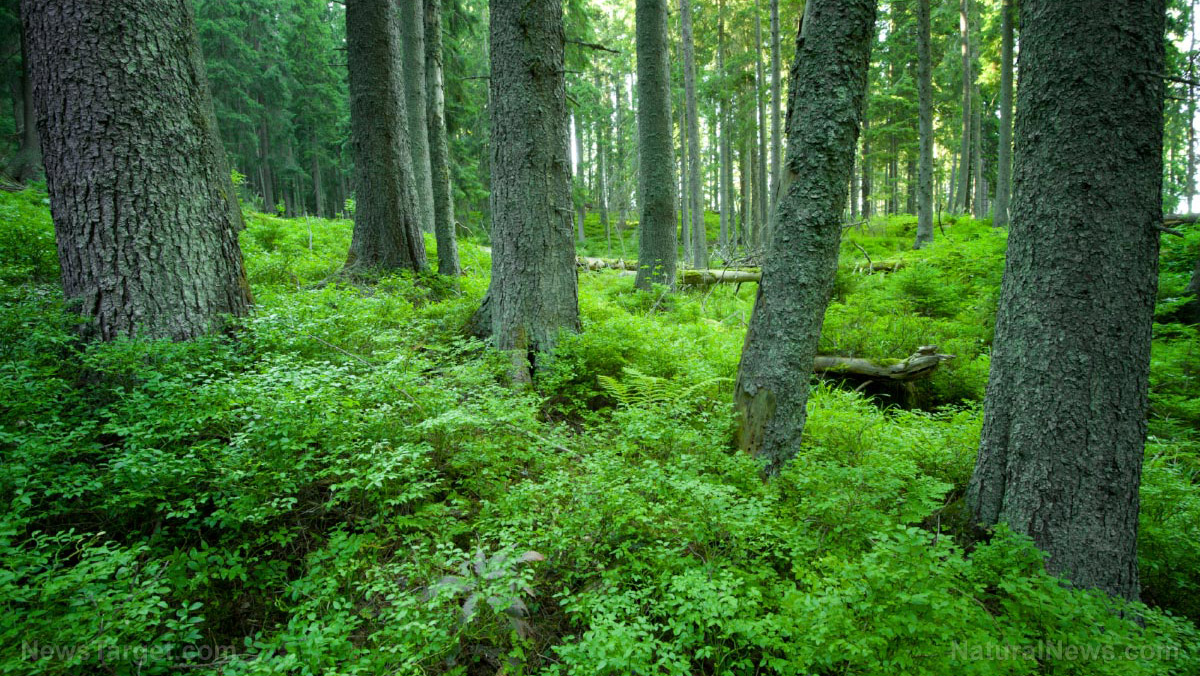 Editor’s Note: All of the sensationalist warnings about CO2 emmisions destroying the earth are just about as accurate as another scapegoat the alarmists have been known to cite, it’s complete and utter BULL SH*T! No offense to our bovine friends. Your dung is not destroying the earth. In fact it is great fertilizer. -Dean Garrison

(Natural News) In direct contradiction to the scare stories about carbon dioxide being relentlessly pushed by the climate change alarmists, a scientific study published in Nature Climate Change and highlighted by NASA reveals that rising carbon dioxide levels are having a tremendously positive impact on the re-greening of planet Earth over the last three decades, with some regions experiencing over a 50% increase in plant life.

The study, entitled, “Greening of the Earth and its drivers,” used satellite data to track and map the expansion of green plant growth across the globe from 1982 – 2015. Published in 2016, this study found that rising atmospheric carbon dioxide causes “fertilization” of plant life, resulting in a remarkable acceleration of increased “greening” across every Earth continent. As the study abstract explains:

In other words, the planet is getting greener, and we have rising CO2 levels to thank for it, since rising CO2 accounts for about 70% of the increase in planet-wide greening, according to scientists. The more CO2 we release into the atmosphere, the more nutrients are available for plants, and the more rapidly the Earth is re-greened.

Natural News readers may note this is exactly what we’ve been reporting for over a decade. It’s basic science, of course, since plants use carbon dioxide to thrive. Higher CO2 means a greener Earth, since CO2 is the single most important molecule for sustaining plant life across the globe. It is beyond astonishing that the entire climate change cult denies the basic science of botany and photosynthesis.

Read my 2017 article which covers all this: All the biggest lies about climate change and global warming DEBUNKED in one astonishing interview.

To the shock of many climate change alarmists, even NASA scientists confirmed that carbon dioxide is “greening” the planet. As stated on the NASA.gov website in an article titled, “Carbon Dioxide Fertilization Greening Earth, Study Finds“:

From a quarter to half of Earth’s vegetated lands has shown significant greening over the last 35 years largely due to rising levels of atmospheric carbon dioxide, according to a new study published in the journal Nature Climate Change on April 25.

An international team of 32 authors from 24 institutions in eight countries led the effort, which involved using satellite data from NASA’s Moderate Resolution Imaging Spectrometer and the National Oceanic and Atmospheric Administration’s Advanced Very High Resolution Radiometer instruments to help determine the leaf area index, or amount of leaf cover, over the planet’s vegetated regions. The greening represents an increase in leaves on plants and trees equivalent in area to two times the continental United States.

NASA explains almost exactly what I’ve been explaining for the last several years: That carbon dioxide is a necessary component of photosynthesis, the biochemical process by which plants produce metabolic energy. Via NASA:

Green leaves use energy from sunlight through photosynthesis to chemically combine carbon dioxide drawn in from the air with water and nutrients tapped from the ground to produce sugars, which are the main source of food, fiber and fuel for life on Earth. Studies have shown that increased concentrations of carbon dioxide increase photosynthesis, spurring plant growth.

Results showed that carbon dioxide fertilization explains 70 percent of the greening effect, said co-author Ranga Myneni, a professor in the Department of Earth and Environment at Boston University.

NASA even released a YouTube video that almost exactly mirrors the message Natural News has been advocating for years. The video is entitled, “Rising CO2 levels greening Earth”:

In direct contradiction to the real science on the greening benefits of carbon dioxide, Democrats routinely and mindlessly claim that carbon dioxide is a poisonous “pollutant” that will destroy the world. The anti-knowledge of lunatic Democrats demonstrates the extreme dangers of those who are scientifically illiterate yet spout “science” as their justification for demanding radical interventions in atmospheric chemistry.

In truth, rising levels of carbon dioxide will cause the following beneficial effects on Earth:

There are virtually no Democrats who recognize that carbon dioxide is the “miracle molecule” for plant life. “Green New Deal” proponents like Alexandria Ocasio-Cortez — who is scientifically and economically illiterate — think that carbon dioxide must be eliminated in order to save the planet. In fact, she warns that Earth only has 12 years to go before all life ceases to exist unless humans stop burning fossil fuels.

Not surprisingly, she has it all wrong: It’s the burning of fossil fuels that’s releasing beneficial CO2 into the atmosphere, causing the global greening that NASA has already confirmed (see above). If humans stop burning fossil fuels, the result would decrease atmospheric CO2, resulting in plants starving to death from lack of CO2.

This would, of course, lead to the mass global die-off of trees, grasslands, food crops and rainforests. The “Green New Deal,” in other words, would actually result in the mass killing of plant life across the entire planet. If the world were to follow the demands of Ocasio-Cortez, the world’s ecosystems would collapse, resulting in mass death of plants, animals and humans.

The Green New Deal is a “Death Cult”

It turns out that climate change alarmists, by vilifying CO2, are demanding actions that would make the planet less green by killing plants everywhere. Instead of a warm, wet planet with abundant rainfall and rainforests, Democrat seem to want a cold, dead world that’s devoid of plant life.

As any competent scientist would openly admit, the elimination of CO2 from the atmosphere would collapse the global ecosystem, leading to the complete wipe out of nearly all plants, animals and humans. Those who are calling for the elimination of CO2 are, as I have previously warned, actually advocating the terraforming of planet Earth into a post-human, post-life status that would collapse human civilization and annihilate nearly all food webs around the world.

People like Alexandria Ocasio-Cortez are not the saviors of the planet, it turns out: They are the death merchants who threaten to destroy all life as we know it. Carbon dioxide isn’t a threat to planet Earth, but people like Ocasio-Cortez surely are. If anything should be eliminated from the atmosphere, it’s the hot air coming from the mouths of the climate alarmists who are spewing their death cult quackery that would devastate our planet if deployed.

If you really want to “green” the planet, stop the climate change lunatics like Ocasio-Cortez whose proposals would quite literally murder nearly all life on planet Earth.

That’s why CO2 is called a “greenhouse gas.” It turns the planet into a lush, plant-filled greenhouse that’s warmer, wetter and more abundant across all plant life. Why don’t Democrats and Leftists want Earth to be more green?