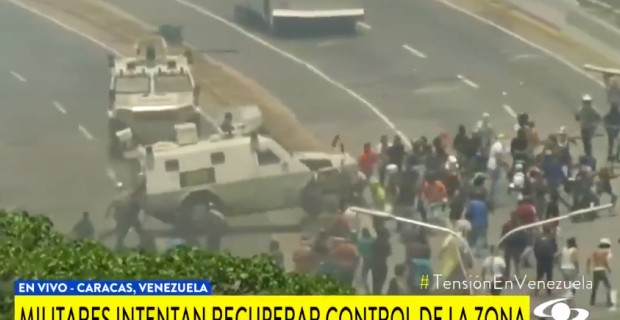 A shocking video out of Venezuela shows an armored government vehicle mowing down a group of protesters.

The footage shows demonstrators in Caracas throwing objects at the tank-style trucks.

One of the vehicles then mounts a curb and ploughs into the protesters as they attempt to flee.

Two victims who appear to be seriously injured are then dragged away by the crowd.

Another video shows one of the victims, who reportedly died.