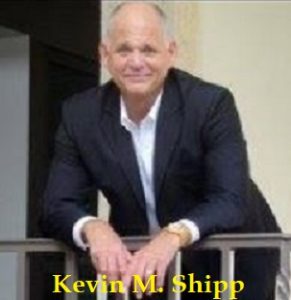 In the CIA, Shipp worked in counter-terrorism, counter-espionage, interrogation, and internal investigation. He has a B.Sc. in biology, and a Master’s degree in forensic psychophysiology from the Defense Academy for Credibility Assessment.

After Shipp retired from the CIA in 2002, he became a whistleblower about the CIA and the Deep State in the books In From the Cold and From the Company of Shadows. He is on Facebook, LinkedIn, and Twitter. (Sources: Wikipedia.sv; Truth Finder)

In an April 27, 2019 interview with USA Watchdog’s Greg Hunter, Shipp urges Americans to exercise our Second Amendment rights by arming ourselves because he expects that in the next year or two, the violence from what he calls the Dark Left “is going to increase to the point where it’s going to be very, very bad. There are going to be beatings and probably shootings, and shooting at police. ”

The reasons for the increasing violence from the Dark Left are:

The good news is that Shipp believes Trump will win re-election in 2020.

Dan Perkins of Clash Daily echoes Kevin Shipp about indictments. Perkins predicts Barack Obama himself will be indicted by a federal grand jury:

I think over the next six months there will be revelations about the Obama Administration that will start a dialogue that raises the question, “What did President Obama know and when did he know it?” There is a second question that is more troubling and that is, “Was President Obama an active participant in the covert attacks against candidate Trump?” If it comes out that many senior Obama administration officials are implicated in this massive attempt of a coup d’état, then how can we not ask the critical question, “Was the President of the United States involved with this illegal covert action?”

We now know without a doubt that the Obama administration was spying on the Trump campaign before the general election. That fact alone should scare all of us….

I seriously believe that over the next six months, perhaps a little longer, the American people, as well as people all over the world, will be shocked at how corrupt and dangerous the Obama Administration was with its total disregard for our nation’s laws. Many non-elected officials thought, no they believed, they were above the law.