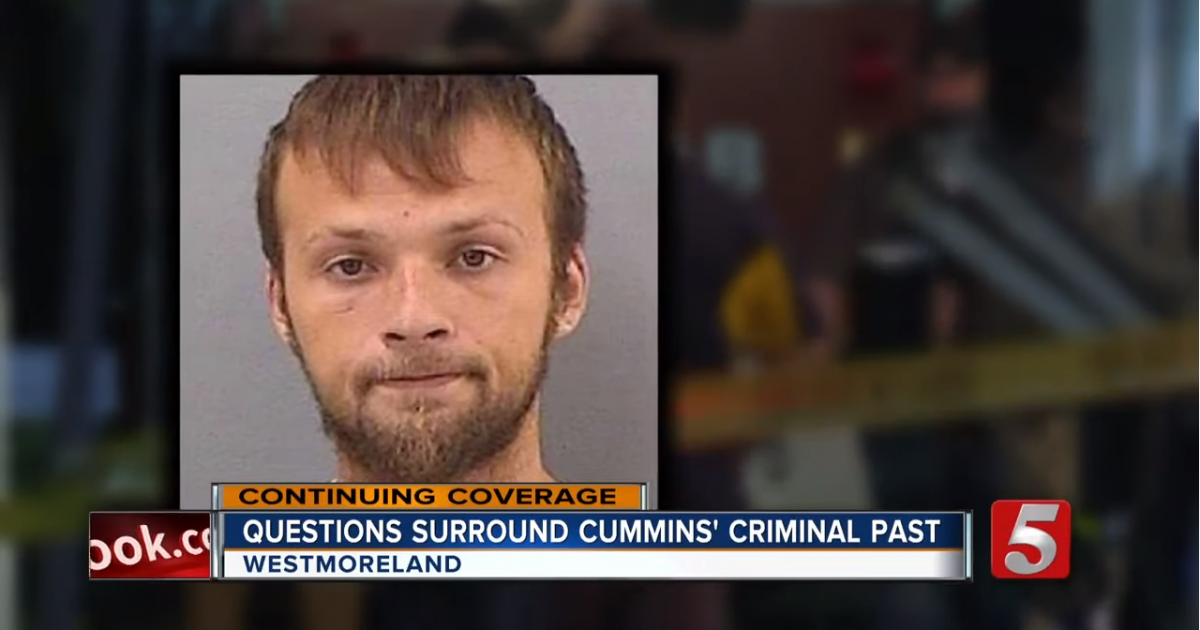 A 25-year-old man is in custody in Tennessee, accused in the brutal murders of seven people including his parents, and injuring an eighth person, but this mass killing didn’t involve the one thing that would have earned national headlines.

The suspect, identified as Michael Cummins, was arrested after a search. According to WSMV, the state medical examiner says all of the victims died from “blunt force trauma or sharp force injuries.”

If all reporting of grisly murders was equal, what would they be calling this on network news broadcasts? Would it be “blunt instrument violence?” How about “knife violence?”

The Nashville Tennessean said the suspect spent “a little more than a year in the Sumner County jail” after having pleaded guilty to attempted arson and aggravated assault relating to an attack on a woman identified as Pam Sanabria. That was two years ago, and Cummins was released in January on probation for ten years, according to the newspaper.

From the reports, it is not clear what sort of weapons were used in the slayings. One thing is clear, however. All of the victims are just as dead as they would be from gunshot wounds.

Many in the firearms community are convinced that the only reason for the term “gun violence” is to demonize the gun rather than focus on the crime and the person who committed it. It has become part of the American lexicon, and it regularly creeps into news reports and editorials, same as the media erroneously refers to gun control lobbying organizations as “gun safety” groups.

At the recent National Rifle Association convention in Indianapolis, that misnomer was discussed more than once by people who actually do practice and preach gun safety, and have trained millions of citizens in the responsible use of firearms.

According to a definition found at Wikipedia, “Gun-related violence is violence committed with the use of a gun (firearm or small arm). Gun-related violence may or may not be considered criminal. Criminal violence includes homicide (except when and where ruled justifiable), assault with a deadly weapon, and suicide, or attempted suicide, depending on jurisdiction. Non-criminal violence includes accidental or unintentional injury and death (except perhaps in cases of criminal negligence). Also generally included in gun violence statistics are military or para-military activities.”

Rights activists have long considered it misleading if not dishonest to combine suicide and homicide together, along with accidental firearm-related deaths, and call it “gun violence.” About two-thirds of all gun-related deaths in any given year are suicides, but combining that number with murders produces an inflated number that some people might mistake for the total number of slayings, say gun rights activists.

But more disturbing to many in the firearms community is lack of coverage about crimes that don’t involve firearms. The United Kingdom, for example, is experiencing rising knife-related crime, according to the BBC. The figures show that when criminals may not have a firearm, they can still commit a crime with another lethal weapon.

The focus on guns seems to place more emphasis on firearms than perpetrators.
Remember Santa Barbara spree killer Elliot Rodger? He is often referred to as the Isla Vista gunman. But three of his six victims were killed with some type of edge weapon, in his apartment, before he got in his car and began shooting at people with guns he legally purchased under California statute, and he used state-compliant magazines.