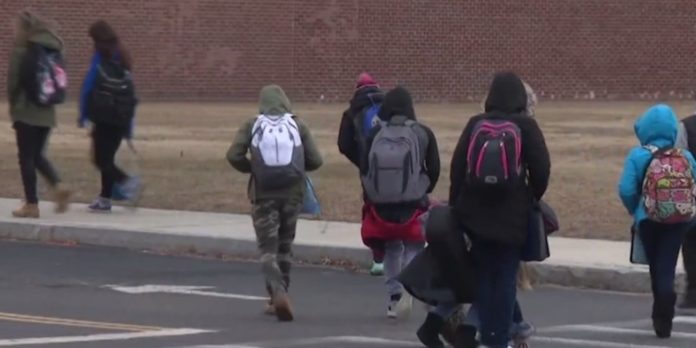 “I am for socialism, disarmament, and, ultimately, for abolishing the state itself… I seek the social ownership of property, the abolition of the propertied class, and the sole control of those who produce wealth. Communism is the goal.” – American Civil Liberties Union Founder Roger Baldwin

26. Present homosexuality, degeneracy and promiscuity as “normal, natural, healthy.” – from the 45 Goals for the Communist Takeover of America

If you have been appalled of the numerous stories that have come out in recent history regarding teachers engaging underage students in sexual relationships, then this should do more than make you angry.  It should get you out in the streets and bullhorning your local ACLU and teachers unions that support this kind of behavior, at least if you are in Rhode Island.  In Rhode Island the ACLU and teachers unions have opposed a ban on sexual relationships between school employees and students.

First, where are parents in Rhode Island?  Why aren’t we hearing your voice?  Furthermore, why aren’t you pulling your kids out of these indoctrination centers you are sending to them, teach them at home where they learn your values and principles that are supposed to be in line with God’s law, and then countersuing the Communist ACLU and the teachers unions for not seeking to protect your kids?

The Providence Journal reports on the bill that would protect underage students that teachers unions are opposing (and we all know why these teachers are opposing it, don’t we?):

The bill, sponsored by Rep. Alex Marszalkowski, D-Cumberland, says that any school employee — including bus drivers, vendors and school volunteers with supervisory authority — would be guilty of third-degree sexual assault if they have sex with a student between the ages of 14 and 18. (Under existing law, a person is guilty of first-degree child molestation sexual assault if he or she engages in sex with a person younger than 14.)

Erika Sanzi, an education advocate and blogger, said she asked her state representative to submit the bill after a previous bill was described as being too broad. That legislation would have made it a crime for anyone with custodial responsibility to have sex with someone between the ages of 14 and 18.

Marszalkowski decided to narrow the language after Sanzi described to him that, in several states, it is legal for a teacher to have sex with a student once that individual turns 16.

“What we’re asking is that we protect students from all people who work with them in school,” Sanzi testified before the House Judiciary Committee.

“The deterrent is, yes, they can be fired, but that means they can jump to anywhere else in the country and get another job preying on kids,” she added.

James Parisi, a lobbyist for the Rhode Island Federation of Teachers, cries about the fact that it criminalizes actions of teachers while leaving other jobs that deal with underage kids alone.

“You should include all the adults who have employment or other types of authority over 15-, 16- and 17-year-olds,” he wrote. “For example, why is a legislator having sexual relations with a page not included in the bill? What about storemanagers, athletic coaches, clergy and volunteers in community organizations?”

In its testimony, the Rhode Island affiliate of the American Civil Liberties Union wrote that “singling out teachers, school bus drivers, etc., in this way is arbitrary and capricious.”

OK, I get the runaround both of these people are attempting to do before the people, but the fact is that they should not only support it but then seek to have it implemented across the boards no matter who is dealing with underage kids, right?

Right, well, it would be common sense if sense were all that common, but it’s not when you are dealing with Communists and teachers unions.

And just to show you how Communist it is, listen to the ACLU’s response.

“While one may disagree whether this type of ‘Romeo and Juliet’ conduct is appropriate … it should not be a felony,” the ACLU said.

A Romeo and Juliet conduct?  Excuse me, but if I were stupid enough to even send my kids to the public indoctrination centers to be handled by teachers who would seduce them into a sexual relationship, I’m not so sure it would be a “Romeo and Juliet” affair.  It might be like a Fatal Attraction issue as someone might not actually come home, and yes, I mean that.

This attempt by the ACLU to make like of a very serious issue, an issue that for the most part is covered under existing law is downright criminal.

While the story cited above mentions what the law says about those engaging those under 14, it fails to mention Rhode Island law about statutory rape.  In Rhode Island, a person is guilty of statutory rape if he or she is over the age of eighteen (18) and the victim is between fourteen (14) years old and under the age of consent which is sixteen (16).  Now, that leaves two years to be dealt with.  In my state of South Carolina, the age of consent is 16, but keep in mind where the idea of consent stems from.  It is not just to go engage in sexual activity, but rather to be married and engage in sexual activity.  Most people forget that little tidbit of information.

Furthermore, I seriously want to know why parents have not taken to the streets to defend their kids.  Do you people not love your children enough to stand up for them?

And people wonder why America is facing the judgment it is facing from God.