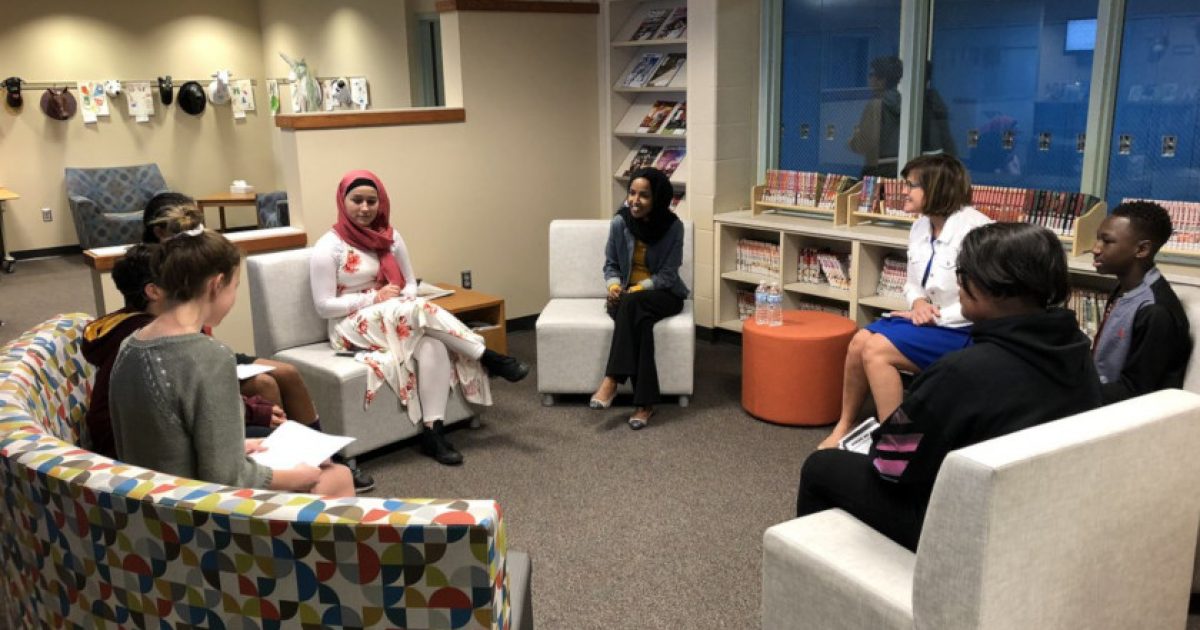 “How dreadful are the curses which Mohammedanism lays on its votaries! Besides the fanatical frenzy, which is as dangerous in a man as hydrophobia in a dog, there is this fearful fatalistic apathy. The effects are apparent in many countries. Improvident habits, slovenly systems of agriculture, sluggish methods of commerce, and insecurity of property exist wherever the followers of the Prophet rule or live. A degraded sensualism deprives this life of its grace and refinement; the next of its dignity and sanctity. –Sir Winston Churchill

Ever since September 11, 2001, we have been told by the mainstream media that we have been under attack by the Muslims, only to find that these same media outlets are giving cover to the same people that are now moving in and setting themselves up into government positions only to usurp and attack (John 8:44).

They have even been going so far as to give their speeches in Arabic! All of this is going on in America today (Leviticus 26:16).

The same media, as well as the present administrations and agencies that have been created since September 11, 2001, have been silent on the fact that there now over 35 jihadi training camps right here on American soil.

The Media is Diverting Your Attention From the 35 Known Jihadi Camps in America! You Should Be Asking, Why?

These same Muslims have been colonizing for some time under the noses of the American people with the help of the complicit media through a mayor’s compact in the United States (Deuteronomy 28:43).

Ilhan Omar’s Islamophobia meeting in St. Cloud, Minnesota had no support outside of what the CIA-controlled media was willing to push.

In close pursuit is when CAIR’s subversive terror-tied operative Jaylani Hussein is trying to convince a handful of people that the KKK is somehow linked to white Christians (Revelation 12:10.) That would be a lack of Christianity there, Jaylani.

Friends, these plans have been rolling out for decades.  Back in 1989, Sharifa Alkhateeb was talking of infiltrating the American system. She said, “Our final objective (In America) is to create our own Islamic systems.”

On several occasions, I have alerted (Jeremiah 4:19) the American people of the Muslim infiltrations into public schools.  This has been with the help of Communist American Civil Liberties Union, the American Muslim Council and Americans United for Separation of Church and State, who joined up with the Clinton administration to help create an environment that opened the door to Muslim teaching, while attacking anyone who speaks of the Christian religion in public schools.  By the way, Christians have never lost the right to speak in public schools.  Additionally, all these subversive organizations have the same father (John 10:10).

American public schools have been indoctrinated with the Muslim religion. Studies have shown over 500 historical errors in public school textbooks, giving an Islamic slant to our youth.

Back to School: The Muslims’ Trojan Horse

Recently, in Minneapolis, Minnesota, Ilhan Omar got a pass as she was welcomed into elementary schools to talk to students behind closed doors where parents and the press were allegedly not allowed.

Rep Ilhan Omar visited a school — this was the reaction from students when she arrived pic.twitter.com/vkqFHDOe8h

Thank you St. Anthony Middle School for inviting me to speak with the Prinicpal’s Advisory Council and over 230+ middle school students!

Education is the greatest equalizer. That is why I am committed to education equity and protecting resources all students need to succeed. pic.twitter.com/eHCacuFrZz

I want to make clear as to why this is happening today in America:

“I am the Lord your God, which brought you forth out of the land of Egypt, that ye should not be their bondmen; and I have broken the bands of your yoke, and made you go upright.

But if ye will not hearken unto me, and will not do all these commandments;

And if ye shall despise my statutes, or if your soul abhor my judgments, so that ye will not do all my commandments, but that ye break my covenant:

Sodom and Gomorrah was Judged by God Because Men Refused to Keep His Commandments in Dealing with the Wicked!