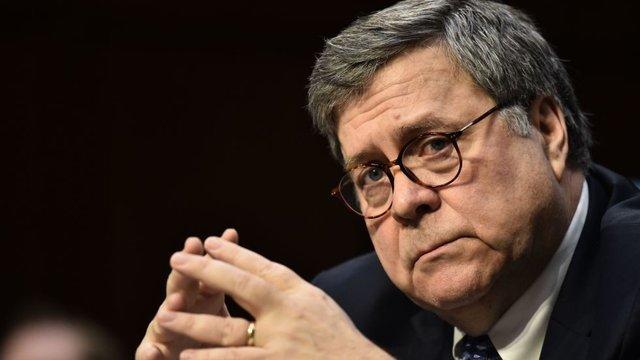 Attorney General William Barr told the Senate Judiciary Panel last week that he has assembled a team at the Justice Department to probe whether the spying conducted by the FBI against the Trump campaign in 2016 was improper, reports Bloomberg.

“To the extent there was overreach, what we have to be concerned about is a few people at the top getting it into their heads that they know better than the American people,” said Barr.

Barr will also review whether the infamous Steele dossier – a collection of salacious and unverified claims against Donald Trump, assembled by a former British spy and paid for by the Clinton campaign – was fabricated by the Russian government to trick the FBI and other US agencies. (Will Barr investigate whether Steele made the whole thing up for his client, Fusion GPS?)

“We now know that he was being falsely accused,” Barr said of Trump. “We have to stop using the criminal justice process as a political weapon.”

Barr’s review could receive a boost by a Thursday New York Times article acknowledging that the FBI sent a ‘honeypot’ spy to London in 2016 to pose as a research assistant and gather intelligence from Trump foreign policy adviser George Papadopoulos over possible Trump campaign links to Russia.

The Trump re-election campaign immediately seized on the Times report as evidence that improper spying did occur. “As President Trump has said, it is high time to investigate the investigators,” said Trump campaign manager, Brad Parscale in a statement.

During Barr’s Wednesday testimony, Senator John Cornyn (R-TX) told Barr “It appears to me that the Obama administration, Justice Department and FBI decided to place their bets on Hillary Clintonand focus their efforts” when it came to investigating the Trump campaign.

On Thursday, Rep. Mark Meadows (R-NC) issued a criminal referral for Nellie Ohr – a former Fusion GPS contractor who passed anti-Trump research to her husband, then the #4 official at the DOJ.

Meadows said that Barr’s “willingness to investigate the origins of the Russia investigation is the first step in putting the questionable practices of the past behind us,” and that the AG’s “tenacity is sure to be rewarded.”

The FBI opened its counterintelligence investigation against the Trump campaign after a self-professed member of the Clinton Foundation, Joseph Mifsud, fed Papadopoulos the rumor that Russia had “dirt” on Clinton. That rumor would be coaxed out of the former Trump aide by another Clinton-connected individual – Australian diplomat Alexander Downer, who would notify authorities of Papadopoulos’ admission, officially launching the investigation.

Barr says he wants to get to the bottom of it.