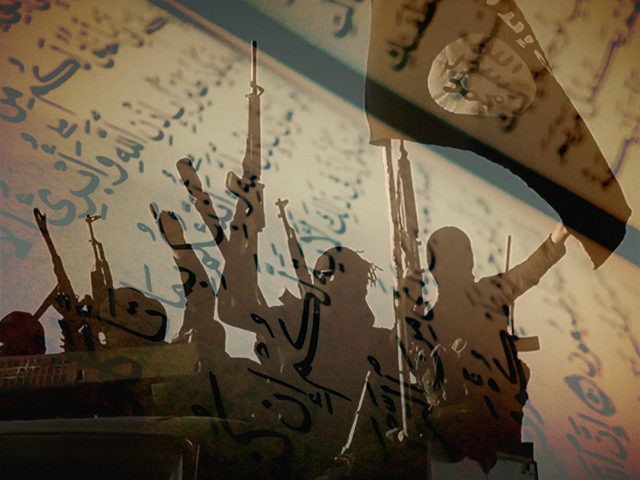 Ramadan has come to be synonymous with terror, violence and slaughter in the cause of Allah. For non-believers living in Muslim countries, it is as terrifying as Christmas and Easter.

‘JIHAD IS THE BEST PART OF WORSHIP’: JIHADISTS GEAR UP FOR RAMADAN

TERRORIST GROUPS SUCH AS THE ISLAMIC STATE (ISIS/ISIL) AND THE TALIBAN IN RECENT DAYS MADE THEIR ANNUAL CALL TO ARMS AS RAMADAN APPROACHES, CLAIMING ALLAH EXCEPTIONALLY REWARDS MARTYRDOM DURING THE HOLY MONTH.

This year, the holiest month for Muslims is expected to run from the evening of May 5 to June 5, depending on the phases of the moon.

“Our battle today is one of attrition and stretching the enemy. They should know that jihad is ongoing until the day of judgment,” al-Baghdadi proclaimed.

In March, U.S.-backed Kurdish forces pushed ISIS out of its last sliver of territory in northern Syria’s Baghouz region, dealing a final blow to the group’s territorial caliphate.

“Truthfully, the battle of Islam and its people against the cross and its people is a long battle. The battle of Baghouz is over. But it did show the savagery, brutality and ill intentions of the Christians towards the Muslim community,” Baghdadi further declared in the video.

“This is part of the vengeance that awaits the crusaders and their henchmen,” he added, celebrating the heinous attack against Christians in Sri Lanka and beyond, calling it revenge for the complete demise of ISIS’s territorial caliphate in Iraq and Syria in March.

Althgouh it is unclear if the so-called caliph mentioned the holy month, some analysts argue that the new video is a rallying call for a global wave of jihad in the lead-up to Ramadan.

Citing unnamed Arab and European intelligence officials as well as terrorism experts such as Haroro Ingram from George Washington University, the Washington Post reported, “The experts and officials noted that the video was released days before the beginning of Ramadan, the Muslim holy month, and said the timing could encourage ISIS cells and followers to commit attacks in the next weeks.”

Baghdadi appeared healthy in a black headscarf, khaki fishing vest and with a bushy grey beard, dyed with red henna in a Ramadan tradition many trace to the Prophet Mohammed, whom Baghdadi claims a direct family lineage to. By his side was a Russian AK-74U assault rifle.

“As the holy fasting month of Ramadan begins in just days, experts warn there could be even more [ISIS] attacks looming,” the Associated Press (AP) added.

On Monday, Zabihullah Mujahid, a spokesman for the Taliban, posted a statement on Twitter rejecting a Ramadan ceasefire offer by Afghan President Ashraf Ghani.

“As jihad is … the best part of worship, doing it on Ramadan is rewarded more than in other months,” he wrote.

While most Muslims follow the Ramadan tradition of abstaining from eating, drinking, smoking, having sex, and other physical needs each day, starting from before the break of dawn until sunset, many jihadis believe it is especially heroic and exceptionally rewarded by Allah in paradise to die a martyr during the holy month.

For the last two years, Breitbart News has documented a wave of Islamic terrorist attacks during Ramadan encouraged by groups like ISIS, the Taliban, and al-Qaeda.

The holy month has regularly triggered a spike in jihadi attacks across the world.

In both 2017 and 2018, ISIS and the Afghan Taliban topped the list as the deadliest terrorist groups during Ramadan.

Despite participating in an unprecedented ceasefire at the end of the holy month last year, the Taliban replaced ISIS as the world’s most prolific Islamic terrorist group during Ramadan, killing at least 324 and wounding 404 others.

Afghan Taliban narco-jihadis were responsible for about 40 percent of all casualties in 2018 — a total of 841 deaths and 1,014 injuries across nearly 25 countries.

ISIS was responsible for about 30 percent of all casualties last year, with 256 deaths and 281 injuries.

In the weeks leading to Ramadan 2019, ISIS claimed responsibility for a wave of suicide attacks that primarily targeted Christians in three churches and four hotels in Sri Lanka, killing more than 350 and wounding about 500 others, including Americans.

The Sri Lanka attack is considered one of the deadliest Islamic assaults in recent history.

The group [ISIS] also recently claimed numerous attacks around the world, including in Saudi Arabia, Congo, and Libya. Jihadi propaganda by IS supporters online recently threatened India and Bangladesh, where IS claimed an attack for the first time in some two years this week.

In the new video, the ISIS chief alluded to pledges of allegiance from Islamic terrorists in Mali and Burkina Faso, which just experienced its first deadly jihadi attack on a Christian church.

The Middle East Media Research Institute (MEMRI) noted in 2015 that jihadi groups like ISIS and the Afghan Taliban exploit the belief that Ramadan is “a month in which Allah grants military victories to His believers,” adding:

Given the historic religious and military significance of Ramadan, Islamist and jihadi groups, and sometimes also mainstream Arab organizations and Arab media, escalate incitement to jihad and martyrdom during this month.

The commandment of jihad, which is of supreme importance at all times, assumes even greater importance during this holy month and gains precedence over all other commandments… On Ramadan, Allah grants fighters special strength, despite – or rather by virtue of – their fasting. Those who gain martyrdom during the month of Ramadan are doubly rewarded in Paradise.

Without explicitly mentioning Ramanda, al-Qaeda has also urged attacks in recent days, particularly in Syria, where jihadis linked to the group control the last rebel bastion in the war-ravaged country.