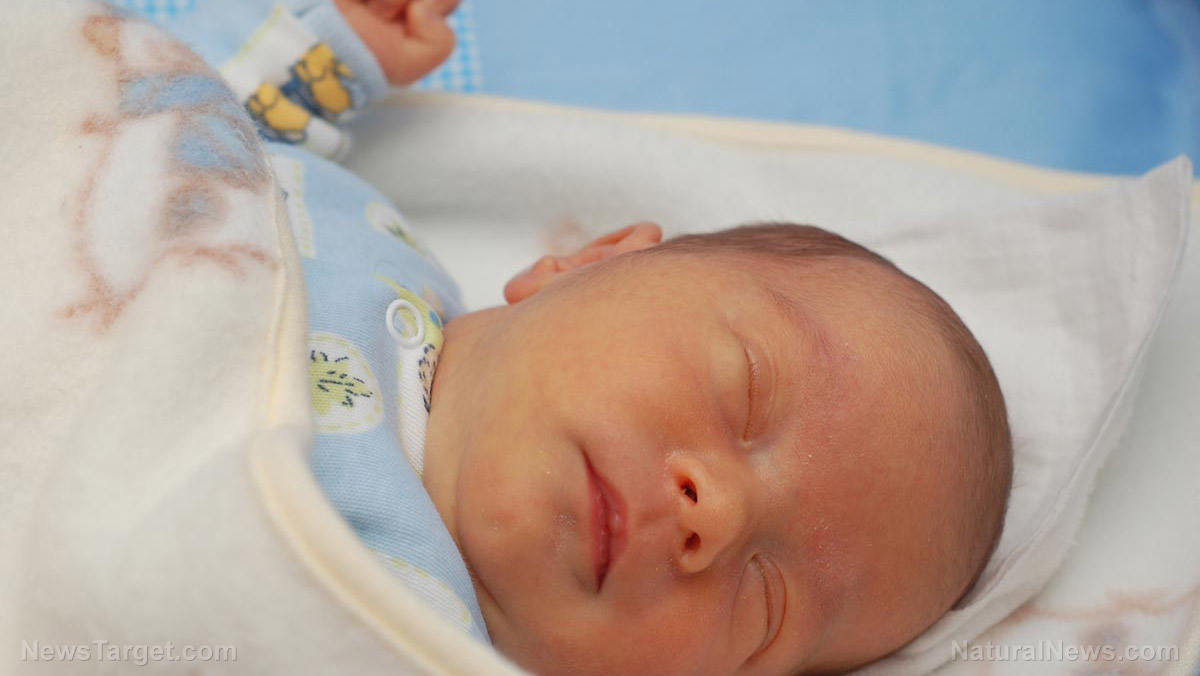 (Natural News) At the very same time that Leftist Democrats are foaming at the mouth with excitement over their newfound “freedom” to murder innocent human life even after birth, a couple from the United Kingdom is celebrating the recent birth of their extremely premature baby girl Isabella, who miraculously survived the birthing process and is now thriving, despite being born at just 24 weeks gestation.

According to reports, Ryan Evans and Kim Brown of Tewkesbury Village didn’t expect their precious child to survive, let alone develop into a normal and healthy baby girl. That’s because young Isabella was born smaller than a packet of baby wipes, and weighed a mere 12 ounces – her tiny hands being no bigger than a penny.

But God apparently had another plan in mind, blessing the couple with a highly-successful, against-all-odds birth so inspiring that it’s now making global headlines. And in the process, little Isabella’s successful birth is also highlighting the undeniable fact that unborn “fetuses,” as Leftists love to call them, are actual human babies – though some of them, sadly, are being shamelessly murdered while still inside the womb as an act of “women’s health” and “reproductive rights.”

Though baby Isabella’s chances of survival were early on declared to be just five percent, she somehow defied the predictions of medical professionals. And the kicker is that she was delivered via caesarean before the legal cut-off point for getting an abortion in the U.K. – meaning Isabella easily could have been aborted, had her parents not had the decency to give her a chance.

For more news about the evils of abortion and infanticide, be sure to check out Abortions.news and Evil.news.

In 2013, an extremely premature baby boy was successfully born at 23 weeks gestation

Isabella’s story rides on the coattails of another similar one from back in 2013, when an extremely premature baby boy named Lucas Georgiou was successfully born at 23 weeks gestation – a full month prior to when he still could have been legally aborted in the U.K.

Young Lucas’ birth represents another pregnancy miracle, seeing as how the survival rate of babies born at 23 weeks gestation is only about 50 percent – which is notably higher than it was 30 years ago when just 20 percent of babies born before 28 weeks gestation survived. That percentage has since jumped to 80 percent, thanks to improvements in modern medical care.

Meanwhile, the Left continues to claim that unborn children like Isabella and Lucas are just clumps of “meaningless cells,” or “unviable tissue masses,” until they actually exit their mothers’ wombs – something that the inspiring story of both children once again debunks as just more pro-death political claptrap.

Try as they might to dehumanize unborn human life by constantly claiming that it’s not actually human life, Leftist Democrats will simply never have science on their side. Just like the LGBT propaganda they’re constantly spewing about there supposedly being an infinite number of genders, the pro-abortion line only holds water when the facts are censored.

“Every innocent human life is deserving of basic protection and support regardless of developmental stage or ability,” says Society for the Protection of Unborn Children (SPUC) Parliamentary Director Michael Robinson. “The increasing number of babies now surviving our abortion ‘time limit’ highlights the nonsensical pro-abortion attitude that burdens our country.”

“It is barbaric to consider that innocent human life is being destroyed at any point of development,” he adds. “Efforts should be made to save and preserve human life regardless of developmental age. Indeed, it is chilling to think that in the same hospital where baby Isabella was, rightfully, looked after with love and care other children at the same stage of foetal development can be targeted for abortion.”