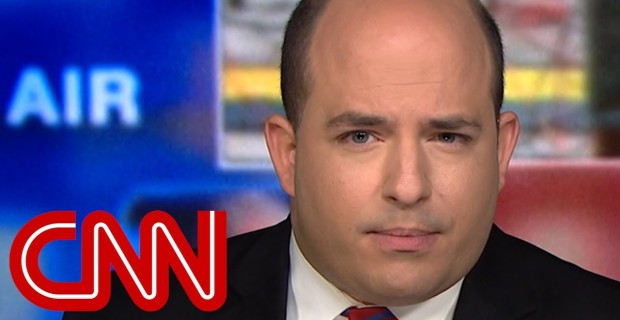 Editor: Huge layoffs are rumored for CNN. Whether or not the rumor is true, it has been verified that about 100 employees were just “bought out.” With their declining viewership it would stand to reason that the rumors of further carnage may be true. Liberal-biased news is dying. Don’t forget what happened with Huffpo and Buzzfeed earlier this year. Fingers crossed everyone. -Dean

After the network lost 26 per cent of its audience, there are now rumors swirling that huge layoffs are about to hit CNN.

According to a report by FTV Live, “CNN will cut as many as 300 employees, many being older employees with years at the network.”

200 people will be given a pink slip and 100 more will be offered a buyout, according to the report.

The move is being described as a “brain drain” because it will mainly impact veteran reporters and employees.

However, CNN’s Brian Stelter denied the story, tweeting, “There’s a rumor making the rounds today about big impending layoffs at CNN. A CNN spokeswoman is knocking it down on the record: “No layoffs.” There WERE voluntary buyouts throughout the organization, and about 100 people opted for it.”

There's a rumor making the rounds today about big impending layoffs at CNN. A CNN spokeswoman is knocking it down on the record: "No layoffs." There WERE voluntary buyouts throughout the organization, and about 100 people opted for it.

“Voluntary layoffs typically happen prior to a company doing layoffs,” responded Erick Erickson. “AT&T, which now owns CNN, is notorious for doing this. If enough volunteers walk the plank, no one else is forced to.”

As we reported last week, CNN just had its worst month for ratings in four years as the network lost 26 per cent of viewers compared to a year ago.

The network’s flagship primetime show, Cuomo Primetime, drew a total of just 917,000 viewers in April, which is its worst performance ever.

CNN reporters Brian Stelter spent the last year lobbying for competing networks like Infowars to be banned by social media giants, which is precisely what happened.

Please support my work here. They want to silence us forever. Don’t let them.