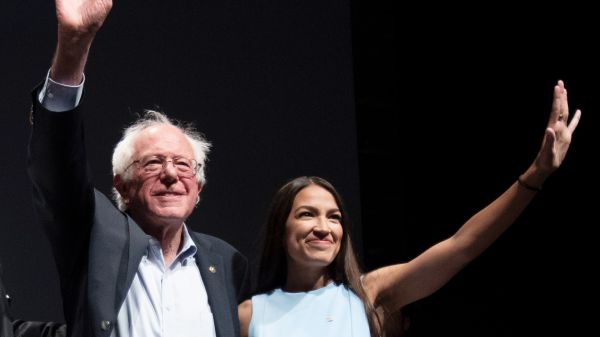 The bill would also allow state governments to set interest-rate ceilings even lower than the federal mandate.

Naturally, Sanders and Ocasio-Cortez are framing the bill as something designed to help “ordinary people.” But in reality, the legislation will only act as to reduce access to credit for low-income and other high risk borrowers.

Credit card companies don’t attach high interest rates to credit cards because they are mean and cruel. Credit cards with especially high interest are that way because the borrowers have been determined to be an especially high credit risk. Credit card companies want people to borrow money from them, so if they can make loans are lower rates, they will, in order to undercut the competition. But these companies also must make sure they’re likely to cover their costs. Thus, the high interest rate exists to ensure the lender can make consumer loans while still accounting for the high risk of default by borrowers based on a risk profile.

And price ceilings are sure to lead to shortages.

That is, they’ll lead to shortages in consumer credit for high risk borrowers — many of whom will be low-income borrowers.

If lenders cannot price their product in a way that allows them to recover costs, they’ll simply stop providing that service. Rather than face lower interest rates on credit cards — as Sanders and Ocasio-Cortez imagine will happen — high-risk borrowers are more likely to not be able to borrow using credit cards at all. Given that default rates are generally higher for low-income borrowers, the cost of collecting payments is higher. Lending to high-risk groups then is only possible if the price of those loans is higher.  Without the higher price, the service will go away.

Cutting Poor People Off — “For Their Own Good”

On the other hand, maybe this is exactly what Sanders and Ocasio-Cortez want. One way to claim to have “done something” about high levels of debt is to simply cut off potential borrowers from credit.

After all, there is an implicit paternalism in efforts to place roadblocks between low-income/high-risk consumers and the products those consumers may wish to purchase. In the minds of a government planner, the solution to the problem of people borrowing “too much” money is to pass a law preventing them from doing so.

This, of course, is inherently unfair to those people who are — for now — in the high risk category, but who do pay their bills most of the time. (They might simply be in their category because they are young and have never established much of a credit history.) Moreover, many people who missed payment in the past may now be much more reliable and less prone to default. As people who fit a certain high-risk profile at first, they’re likely to face high rates. One of the best ways these people can build good credit, though, is to first gain access to credit at high interest rates. Over time, they will increasingly gain more access to credit on better terms. Should these people then be punished and cut off from credit because they can’t qualify for more moderate interest rates right away? The effect of the Sanders and Ocasio-Cortez legislation would be to do exactly that.

Meanwhile, lenders who offer loans to high-risk groups are themselves being blamed for the proliferation of credit card debt among American consumers of all types.

In his essay on payday lending — an issue very similar to that of high-interest credit cards — Tom Lehman analyzes the accuracy of these sorts of claims:

Finally, the allegation that payday lending “causes” chronic or habitual borrowing may ignore the old adage that “correlation does not equal causation.” As indicated above, it is a well-known fact that payday loans appeal to a clientele that face numerous financial difficulties (many of them self-induced), quite independent of the payday lending industry itself. Most of these households have failed to establish good credit, have poor credit histories, are not known for their timely bill-paying habits, frequently bounce checks, frequently change jobs, and may relocate often. In short, they are the type of people who are going to be frequently short of cash and who will borrow “chronically” when given the opportunity. Because payday lending institutions provide them with this opportunity to borrow when other institutions will not does not mean that payday lenders cause this behavior. They simply provide an opportunity for this behavior to be exhibited more often than otherwise.

As is so typical of politicians, the answer offered by this new legislation is to limit the options available to the most at-risk populations.

A better approach is to allow freedom for both borrowers and lenders, to treat borrowers like adults, and to not assume they are incapable of managing their own money.