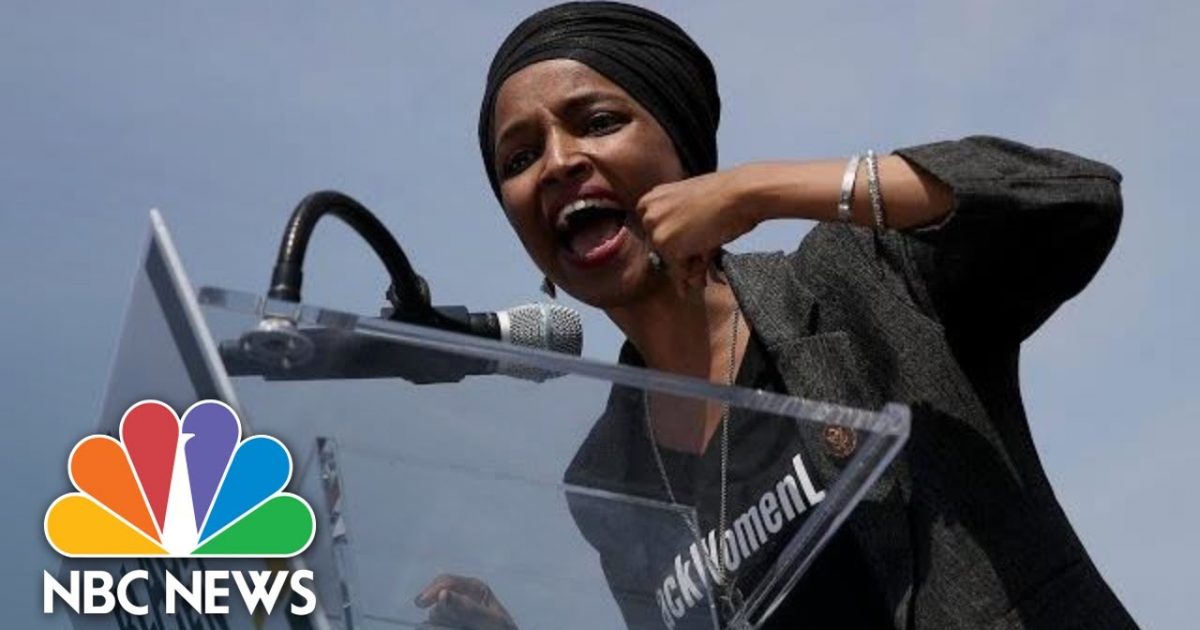 By:Patrick Poole, The Federalist, May 7, 2019:
Why has Omar openly supported an organization with a long reported record of supporting terrorism and violence, as exhibited most recently by a shocking children’s pageant in Philadelphia last month?

Shocking footage uncovered by the Investigative Project last week shows a skit produced by the Muslim American Society (MAS) in Philadelphia showing children calling for martyrdom as soldiers in the “army of Allah” and threatening to behead their enemies and subject them to “eternal torture” to wrest Jerusalem from Jewish control.

The horrific MAS-Philly children’s skit was posted to their Facebook page and shows a choreographed production as part of the group’s April 17th “Ummah Day” pageant dedicated to supporting jihad to control Palestine. A MAS statement on Friday said the songs and poems the children recited exhorting violence and terrorism were an “unintended mistake” and attributed the incident to a vetting error.MAS has 42 chapters across the United States. A 1997 FBI file obtained by Judicial Watch identifies MAS as the Muslim Brotherhood in the United States controlled by Hamas sympathizers “known to conduct firearms and other military type training.” A Justice Department filing (p. 58, fn. 13) in a terrorism-related case states that “MAS was founded as the overt arm of the Muslim Brotherhood in America.”

A September 2004 Chicago Tribune investigative report revealed that MAS had been founded by Muslim Brotherhood leaders, adopted the group’s strict code for secrecy, and promoted Islamic supremacy.The article interviewed one former MAS member who explained the group’s vision for Islamic rule in America: “It would convert Americans to Islam and elect like-minded Muslims to political office.” Even more shocking is that freshman Rep. Ilhan Omar (D–MN), of other recent controversies, has openly supported MAS.In fact, Omar’s support for MAS goes back years.

Her deep ties to the group were on display when she had the MAS-Minnesota chapter Oresident Asad Zaman stand with her as she was ceremonially sworn into the Minnesota House of Representatives in January 2017 with her hand on an enormous Quran. MAS held a reception in honor of her inauguration.Just a few months later, Omar spoke at the 2017 MAS “Muslim Day” at the state capitol, acknowledging that she had previously participated in the group’s annual event before.

Omar was subsequently elected to Congress in November 2018, succeeding former representative and now Minnesota Attorney General Keith Ellison, who had his own ties to MAS.In fact, Ellison was the subject of a House Ethics investigation after MAS-Minnesota paid for his 16-day trip to Mecca in 2008. At first, Ellison had attempted to conceal the sponsors of the trip, and a senior MAS official had initially denied the group’s involvement.The MAS-Minnesota chapter both Omar and Ellison have supported has a long history of controversy.  The group gained national attention in 2007 when they issued a fatwa authorizing Muslim taxi cab drivers at the Minneapolis-St. Paul International Airport to deny service to non-Muslim passengers with seeing-eye dogs or who were carrying alcohol.

As I reported in May 2009, the MAS-Minnesota’s Vice President Hassan Mohamud had published a YouTube fundraising video decrying the “hell of living in America,” and had defended Palestinian suicide attacks. When questioned by the local Minneapolis Fox News affiliate about his remarks, Mohamud claimed that he didn’t mean anything anti-American by describing the United States as “hell.” When asked about his statements in support of suicide bombings, he had to stop the interview on three separate occasions and consult with his attorney.That incident was shortly after a local Somali reporter had identified Mohamud and his mosque as radicalization incubators following the disappearance of dozens of young Somali men, who left the country for Somalia to join the Al-Shabaab terrorist group.

In an interview with USA Today, Mohamud denied any radical preaching or that any of the terror recruits had been involved in his mosque.Yet Mohamud was again tied to a terror recruiting case after five men from the Twin Cities were arrested attempting to fly to Turkey to join the Islamic State in Syria. In March 2016, Justice Department prosecutors asked the court to disqualify Mohamud from the defense team of one of the men, telling the judge that they intended to introduce testimony during the trial of a witness claiming Mohamud had been preaching jihad and making other extremist statements. This disclosure prompted another member of the defense team to move to withdraw from the case.

This raises questions about why Omar has openly supported an organization with a long reported record of supporting terrorism and violence, as exhibited most recently by the shocking children’s pageant in Philadelphia last month. When she previously accused American Jews of dual loyalties, drawing accusations of anti-Semitism by leading Democrats, why would she have willingly associated herself with an organization that the FBI has identified for at least two decades as a front for the Muslim Brotherhood?