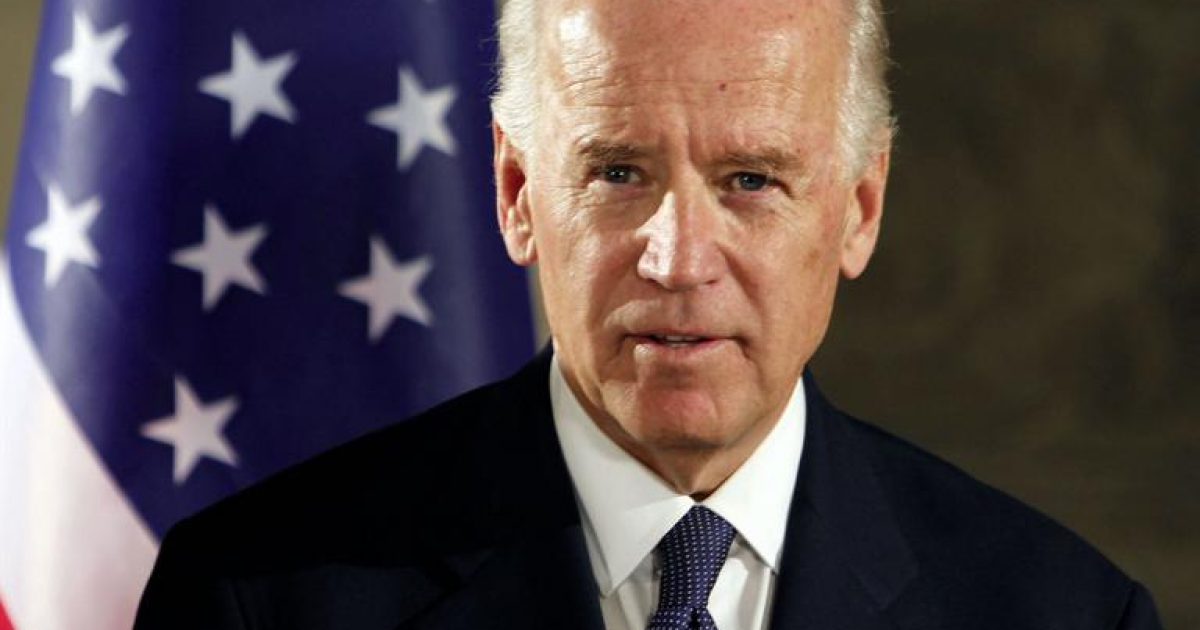 Former Vice President Joe “Hands On” Biden is now a 2020 presidential candidate and as such, he is definitely going to face scrutiny over his obvious hypocrisy.  We’ve already reminded you about that little bit about his plagiarism and embellishing his academic record that forced him to drop out of the race for the White House in 1988, but now let’s take a look at his hypocrisy of calling for building a wall and wanting to punish American employers who hire illegal aliens.

Keep in mind that Biden has attacked President Trump on the issue of a southern border wall and his immigration policies.

As Jonathan Easley reported on Friday:

Biden has been a fierce critic of Trump’s immigration policies.

In a speech to the United Latin American Citizens last year, Biden bashed the administration for its zero-tolerance policy that separated children from their parents at the border.

“Grotesque lies about immigrants and policies that rip babies from their mothers’ arms carry echoes of the darkest moments in our history,” Biden said. “Not only are they a national shame, they tarnish the very idea of America and diminish our standing in the world.”

He also lashed out at the president for pardoning former Maricopa County Sheriff Joe Arpaio, who had been found guilty in a Justice Department investigation of racially profiling Latinos.

“It doesn’t just reveal itself in the betrayal of the ‘Dreamers,’ or the pardoning of a sheriff who has terrorized this community,” Biden said. “It’s also in the underfunding of our schools, in attacks on labor and the ability of workers to bargain for their worth, and in the neglect of Puerto Ricans after Hurricane Maria, where many children — American children — have lost a year of school due to the devastation.”

Nevertheless, in 2006, Biden told a South Carolina rotary club that he voted for the Secure Fence Act and that legislation authorized 700 miles of fencing along the US southern border.

Not only did he call for the fencing, but he wanted to punish American employers.

“I voted for a fence, I voted, unlike most Democrats — and some of you won’t like it — I voted for 700 miles of fence,” said Biden.

“But, let me tell you, we can build a fence 40 stories high, unless you change the dynamic in Mexico and… and you will not like this, and punish American employers who knowingly violate the law when, in fact, they hire illegals,” he added.  “Unless you do those two things, all the rest is window dressing.”

“Now, I know I’m not supposed to say it that bluntly, but they’re the facts, they’re the facts,” said Biden. “And so everything else we do is in between here. Everything else we do is at the margins. And the reason why I add that parenthetically, why I believe the fence is needed, does not have anything to do with immigration as much as drugs. And let me tell you something, folks, people are driving across that border with tons, tons, hear me, tons of everything from byproducts for methamphetamine to cocaine to heroin and it’s all coming up through corrupt Mexico.”

But if it’s about drugs and not really about immigration, why punish employers that hire illegals?  That’s anyone’s guess.

It appears he is basically saying the very same thing that Trump has been saying for the past couple of years.

So, how is the Biden campaign reacting to the video?  They are deflecting.

Biden 2020 campaign spokesman Andrew Bates defended the remarks to CNN, noting that Biden said the barrier along the border will not solve the problem of illegal immigration – and called President Trump’s approach to the problem “repugnant” and “contrary to our values as a nation.”

“Vice President Biden believes we have to stop trying to scare people and instead have an immigration discussion based on facts,” said Bates. “He believes that we can secure our borders without abandoning our values, and that we should do that by addressing the root causes of immigration abroad and working toward comprehensive immigration reform at home, including a pathway to citizenship for undocumented immigrants and smart border security.”

What a two-faced hypocrite!

Both are saying virtually the same thing!  One is just honest about his stance while the other tries to walk the tightrope of his past and present lies.

Though Biden has a considerable lead over Senator Bernie Sanders (D-VT) at this point, which is very early on, that could quickly vanish considering that the Democrat Party, in general, is far more aligned with Sanders’ Socialist views than Biden’s.