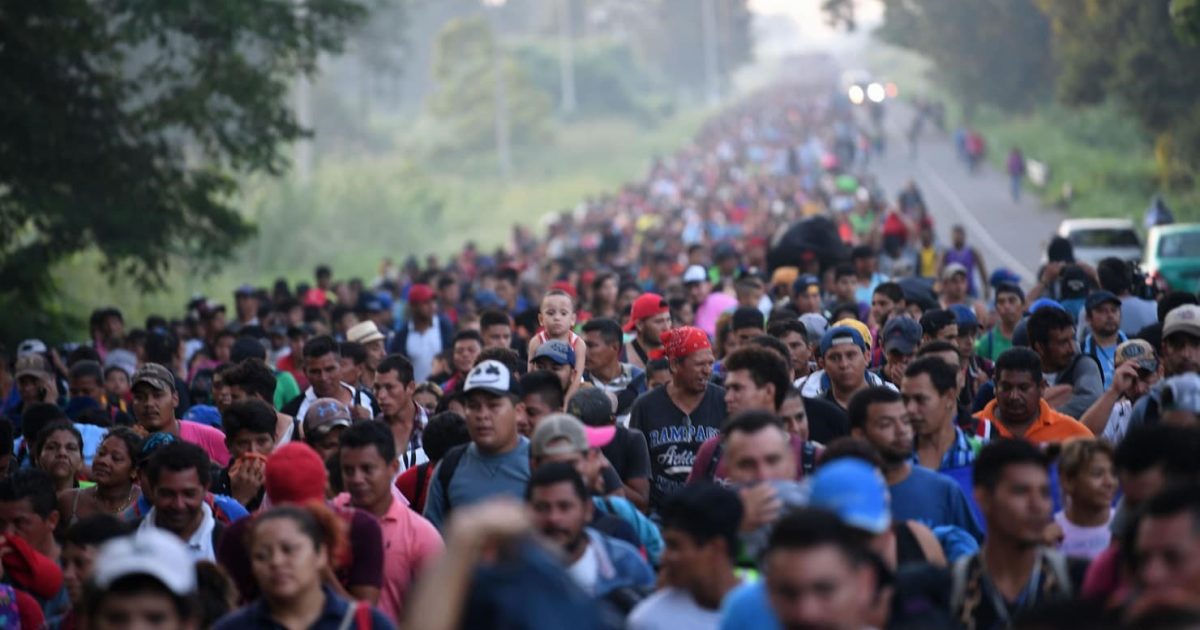 “The problem isn’t just that Donald Trump is a narcissistic liar, the problem is that his followers don’t care!” -Unknown

If there is one thing that I have seen in my life, and that on a continuous cycle, it is the American people that are caught up into the circus of politics. Americans just cannot figure out the game that is being played. They do the same things over and over in following politicians that promise them everything and deliver nothing.  In fact, they often provide the opposite of what they promised (John 8:44).

That we henceforth be no more children, tossed to and fro, and carried about with every wind of doctrine, by the sleight of men, and cunning craftiness, whereby they lie in wait to deceive. -Ephesians 4:14

This is done by the men and the women that have transformed themselves into angels of light (2 Corinthians 11:14).

Instead of Americans doing their own due diligence by studying the Bible (2 Timothy 2:15) and the US Constitution, they just turn on the television to be lied to on a 24-7 basis. All this is in the face of the 94% of Americans that say they do not believe the media, but keep falling to the same deceivers over and over again.  Then they wonder why they are reaping the curse (Jeremiah 17:5; Daniel 9:7).

Speaking of one of many such deceivers is Donald Trump! I have shouted from the rooftops time and time again that what this man says, and what he does, are just the opposite (John 8:44).

For example, the American people are told that the economy couldn’t be better and that Trump will eliminate the national debt in 8 years, only to find that instead, his budgets would add 1.9 trillion during this time increasing the U.S. debt to 29 trillion dollars.

On April 26, 2017, We were told that Donald Trump pulled the feds out of K-12 education, as if to suggest that a campaign promise has been fulfilled.

However, the fact is that on September 10, 2018, Donald Trump and his U.S. Education Secretary pick Betsy DeVos signed on to a radical global “declaration” that calls for, among other absurdities, brainwashing children to believe in the United Nations-backed ideology of total government known as “ ‘sustainable development.” In fact, the pseudo-treaty inked by Trump’s education chief suggests that the purpose of schooling is to indoctrinate children with the right “values” and teach them to be obedient worker drones.

Russian Revolutionary Wanted the Kids for Four Years, Americans are Giving their Kids to Government for 12 Years

Donald Trump sells himself on the campaign trail as the pro-lifer to the American people only to find out that, once again, just the exact opposite is true.

In a letter to pro-lifers during the election, Trump and Vice President Mike Pence said “I am committed to … Defunding Planned Parenthood as long as they continue to perform abortions, and reallocating their funding to community health centers that provide comprehensive health care for women.

In fact, Trump has signed multiple continuing resolutions (CRs) that fully funded Planned Parenthood despite his campaign promise to defund it.

The bill was passed in the wee hours of the night (Same thing with the Patriot Act after September 11th, 2001) and complaining they had just seven hours to read the 2,232-page bill, the “length of two Bibles,” according to Rep. Rod Blum (R-IA), a bill, said Senator Rand Paul,  “which almost no one read.”

Russian Revolutionary Wanted the Kids for Four Years, Americans are Giving their Kids to Government for 12 Years

The president plays up to the public that he is in full support of the Second Amendment, and then blatantly attacks it by suggesting after the Parkland shooting that government should first take the guns first and then provide due process.  The president goes on to show his hand by banning bump stocks, as well as nominating gun confiscating advocate William Barr for Attorney General of the United States. In Trump’s first 500 days of incumbency, 55 illegal and unconstitutional legislative acts have stripped Americans of the right to bear arms under 26 governors in which most were Republicans.

‘Not Coming for Your Guns?’ Since Parkland Shooting, 26 States Have Passed 55 Gun Control Laws

I have also highlighted in the past the treasonous acts of this administration concerning that of removing NAFTA and replacing it with something far worse. I wrote that the American people have been diverted in keeping their eyes on the southern border concerning illegal immigrants coming into America, but they fail to hold accountable America’s said representatives who are illegally alluring them into your country in the first place. Point man Donald Trump and rivals Nancy Pelosi and Chuck Schumer have you heated up over a wall that was promised, which has yet to be built.

On November 30, 2018, President Trump, along with the Prime Minister of Canada and the President of Mexico, signed the United States-Mexico-Canada (USMCA) “Trade Agreement”. “Trade” is in quotes, because the document isn’t about “trade” – it’s about setting up global government. “Agreement” is in quotes because the document is a “treaty” – and that invokes the two-thirds ratification requirement of Art. II, §2, cl. 2, US Constitution.

Not only is it still alive, it is larger and much worse than NAFTA! The text of the USMCA, according to former U.S. Ambassador to Canada Bruce Heyman, has portions and chapters of the agreement that are identical to those in the Trans Pacific Partnership (TPP). Robert Lighthizer even admitted it is “built on” many TPP aspects. These facets, according to The New American writer Christian Gomez, have the potential to strip the U.S. of its sovereignty:

Much like the TPP Commission, the Free Trade Commission can make changes to the USMCA without the consent of Congress. In fact, the agreement completely undermines Congress’ Constitutional Article I, Section 8 power to regulate trade with foreign nations.

Watch with your own eyes the video exposing the hypocrisies of this current administration and his double talk.

A brand new video just this morning was also brought to my attention concerning what is actually happening on the southern borders, and this on a daily basis.

Live from McAllen, TX. Tell the Truth! With Timothy Wilkins and Mayra Gutierrez.This is insane! We confront one of the organization providing aid to the invasion and then get live footage of the 50+ illegals simply walking into America (approx 1hr in) …And Border Patrol says it’s like this all day long every day! We are being overrun! America's Voice News, TalkRadio 1680 KGED

Posted by Frontline America with Ben Bergquam on Sunday, May 5, 2019

2. Trump promised caravan illegals could not come into the USA. (Caravan illegals allowed to enter the US under Trump’s Catch and Release directives.)

4. Amnesty Don: Trump promised to oppose Amnesty. (Trump endorsed Amnesty legislation HR 4760, signed Amnesty for illegal immigrant minors in the secret budget bill H.J.Res. 31, Tweeted he is open to larger Amnesty on Jan 20, 2019, and has deployed his son-in-law Jared Kushner to cut a deal with Democrats to give Amnesty to millions of illegals.)

5. Trump promised an Executive Order to end birthright citizenship for illegals to rally his base just before the 2018 elections. (No Order Issued.)

6. Trump promised all illegals, including DACA recipients, would go home. (Trump now supports Amnesty via HR 4760 and HJ Res 31 which allows most illegals to stay.)

7. Trump promised DHS would clean up elections fraud when he canceled the Kris Kobach led Commission On Elections Integrity. (No DHS Action.)

8. Trump promised to end Sanctuary Cities. (No Action on that and now Trump delivers more illegal aliens to Democrat strongholds where they receive maximum taxpayer benefits and protection from deportation.)

10. (UPDATE FEB 18, 2019 TRUMP SIGNED EMERGENCY ORDER)– Trump said he would declare an emergency and have the military build the wall. (No action till Feb 18, 2019) Trump’s border wall promise remains 90% broken because a wall will not work as long as Border Patrol catches and releases illegals and escorts them into the USA.

And for pulling the mask off this current administration, as well as the past administrations, the ignorant shoot the messenger by accusing, “You must be for the Democrats” (Hosea 4:6)! I respond with, “Unprincipled fools.”  What is happening today is not under a Democrat, is it? And Barack Hussein Obama, the foreign sodomite, is not the president any longer, is he?

Let me play the fool’s game that so many today are caught up into and set the record straight, today’s Republicans are yesterday’s Democrats.

There is no such thing as a Democratic Party no more than there is a Republican Party (There are 101 party un-Constitutional affiliations). The party system runs antithetical to the US Constitution.  In other words, a political language which is foreign to our Constitution.

And for all of this, the American people are still trying to figure out what is happening to them and their country.

Americans, this is what is promised to a nation that refuses to keep the commandments of the Most High God (Leviticus 26:15-46; Deuteronomy 28:63). Simply put in a way that no man can refute.