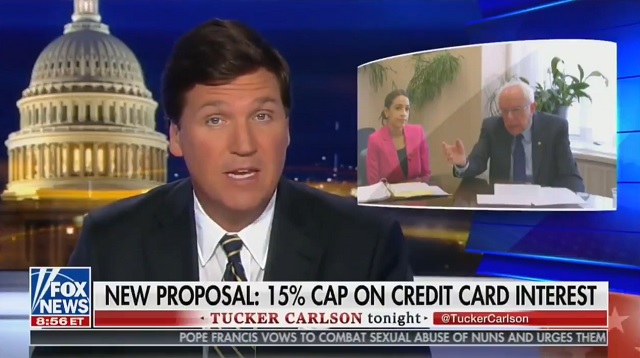 “No doubt many Republicans in Congress will oppose this bill, if only because of who sponsored it. Bernie Sanders and Ocasio-Cortez are obviously demagogues,” Carlson said.

“They don’t mean half of what they say,” he said. “The other half they don’t really understand. They’re not impressive. But on this one issue, they are absolutely, indisputably right.”

Tucker Carlson blasting usury last night: "There is a reason why the world's great religions condemn usury & why societies have restricted it for thousands of years. High interest rates exploit the weak. Credit card debt destroys people…what the banks are doing is disgusting." pic.twitter.com/7TRFpdDhSg

This is going to make our oligarchs very angry.