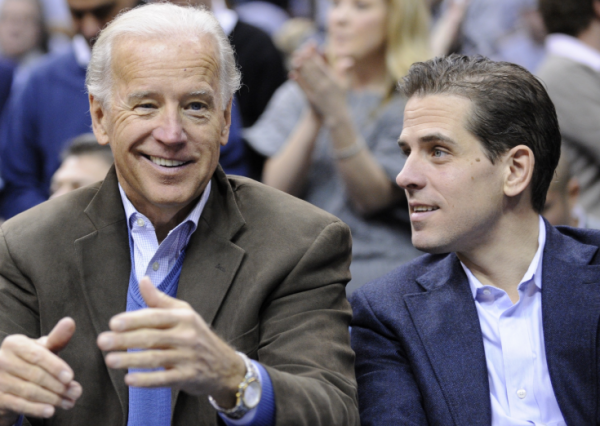 Editor’s Note: I’m pretty sure China was waiting in line. Hunter Biden has proven to be just as sleazy as his Father, when given the chance. Hunter has been in the news over the years for comical things, like getting caught with an Ashley Madison account. Of course he denied that. He was set up by his Dad’s political opponents. Hunter is quite the foreign businessman and, like I said, China probably had to wait in line to get their chance at the former Vice-President.

In a March interview with Fox News Channel’s Laura Ingraham, Peter Schweizer,   author of the 2018 bestseller Secret Empires, explained the troubling circumstances surrounding Hunter Biden’s lucrative deal with the Chinese government at a time when his father was negotiating U.S. policy with the regime.

“In December of 2013, Hunter Biden flies on Air Force 2 to Beijing, China, with his father,” Schweizer said. “His father meets with Chinese officials, he’s very soft on Beijing. The most important thing that happens [is] 10 days after they return. And that’s when Hunter Biden’s small, private equity firm called Rosemont Seneca Partners gets a $1 billion private equity deal with the Chinese government, not with the Chinese corporation, with the government. And what people need to realize is Hunter Biden has no background in China. He has no background in private equity. The deal he got in the Shanghai free-trade zone, nobody else had — Goldman Sachs, Bank of America, Blackstone, nobody had this deal.”

“There’s no question when you chart what Joe Biden is doing with China — the meetings he’s having and the deals that his son is procuring at the same time — that they are buying off Biden through his son. I think it’s crystal clear,” Schweizer added.

“The Chinese government has figured out that the way to get favorable treatment from policymakers in Washington, DC, is by, basically, signing sweetheart deals with the children of politicians because they think by doing so, they’ll get better policy positions from our government,” Schweizer said. “And the history indicates in the Obama administration that that’s exactly what happens.”

He noted that Joe Biden’s 2013 trip to Beijing came at a crucial moment for U.S.-China relations when the communist regime’s behavior was increasingly and openly menacing to U.S. allies in the region, a fact which made the former vice president’s decision to go “soft on China” all the more remarkable.

On Tuesday, a New York Times article by Kenneth Vogel and Iuliia Mendel describedHunter Biden’s lucrative dealings with a Ukrainian oligarch-owned energy company at a time when his father was mediating U.S. policy towards Ukraine. According to the Times, the natural gas firm Burisma Holdings paid Hunter Biden “as much as $50,000 per month in some months” for his work as a board member, despite the fact that he “lacked any experience in Ukraine and just months earlier had been discharged from the Navy Reserve after testing positive for cocaine.”

A Ukrainian corruption probe into Burisma Holdings was scuttled in 2016, when Vice President Biden threatened to withhold $1 billion in U.S. loan guarantees to the country if the Ukrainian government did not fire the prosecutor who launched the corruption investigation. Withholding the loans would have thrown the former Soviet republic into insolvency at a time when it was fending off attacks from Vladimir Putin’s Russia.