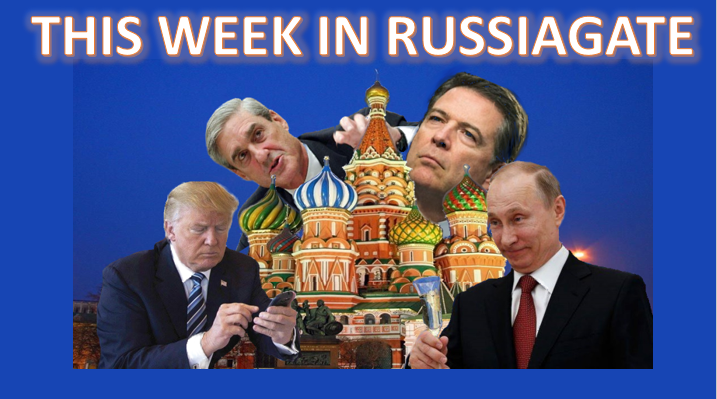 Editor’s Note: Game on! Watch how fast they scramble and throw each other under the bus now.

(True Conservative Pundit) AG Barr recently appointed U.S. attorney John Durham to investigate “Russiagate,” who BTW has an excellent record for actually doing his job – investigating.  The announcement came that Mr. Durham was to begin an investigation into the origination of the investigation into Trump/Russia collusion – and the mice immediately ran for cover. While the cat’s away, the mice will play.

“But in a statement to Fox News, a former CIA official put the blame squarely on Comey.”

“’Former Director Brennan, along with former [Director of National Intelligence] James Clapper, are the ones who opposed James Comey’s recommendation that the Steele Dossier be included in the intelligence report,’ the official said.”

So basically Comey blames Brennan for the unverified Steele dossier being used as the basis for the illegal FISA warrants, spying on the then Trump campaign, and the investigation into Trump/Russia collusion.  At the same time, Brennan, or his mouthpieces deny this, and place the blame squarely on Comey’s shoulders.

This writer is sure that that there will be more players playing the blame game in the days to come as the misdeeds of the Politicrats blow up in their corrupt faces.

There can be no doubt with all the information that has already come to light that the Obama administration, the Clinton campaign, and many top officials at the Department of Justice and the FBI are guilty of criminal conduct relating to the illegal investigation of Trump.

The volume of information that has come out warrants a deep and thorough investigation into all the players involved in the illegal so-called investigation of Trump and his circle.  The difference is: there is plenty of evidence to back the claims that high crimes were committed in the pursuit of throwing a U.S. presidential election to Hillary Rodham Clinton – which attempt failed.

Bruce Ohr Warned DOJ and FBI That Steele Dossier was Unverified and Paid for by Clinton, did anyone listen and take this information seriously?  No, they rammed the FISA warrants through in their desperate bid to keep Trump out of office, legality and proper procedure were of no concern.  For this alone the pertinent actors should face charges of treason.

I wrote in November of last year that the Deep State had (has) a plan to take out Donald Trump – remove him from office, whatever it takes.  Well, the Deep State has won a lot of battles, and they are still forging ahead attempting to railroad Trump out of office.  The Politicrats are deeply complicit in this.

“Nadler’s Judiciary Committee wants to review documents from the DOJ, Trump’s family members, and business associates.  As of this moment, this is a request, but you can bet the bank that any person who rejects these so-called requests will then receive a subpoena.

House Democrats are supposedly fighting for We the People, but laughingly do not seem to understand WHO We the People really are!  Let alone do these pernicious Politicrats understand that most Americans are not in favor of the time, money, and resources that they have wasted and are still wasting attempting to railroad a sitting president.

Nancy no-mind Pelosi and Chuck-you Schumer are the supposed heads of the Democratic Party, but their hold on power seems to this writer to be tenuous at best and slipping.  These two cheerlead the attempts to destroy Trump and insure that he does not get elected by any means necessary, while bending the knee to Omar and Tlaib’s anti-Semitic rants and ridiculous attacks on Trump.

Insanity, stupidity, and utter chaos reign in the wake of the release of the Mueller Report – and nothing is changing, this is an all-out war on Trump courtesy of the Politicrats and the mainstream media.

Speak up or be made to shut-up – the choice is yours America.You have been warned.