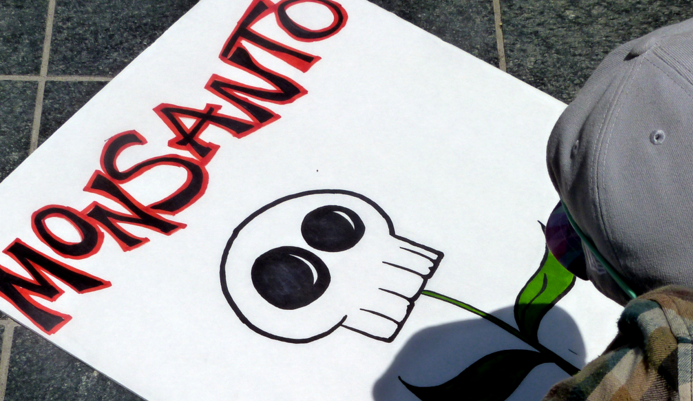 (Natural News) With the acquisition of Monsanto by Bayer, a German corporation linked to the Third Reich and the chemical murder of Jews during the Holocaust, the U.S. media has now turned against Monsanto.

The $2 billion jury award against Monsantothat was just handed down by a California jury has been widely reported by the very same media that, for years, blacklisted any criticism of Monsanto, GMOs or glyphosate herbicide.

They did that because Monsanto ran a “black ops” division that bribed and threatened journalists across the country while keeping a “hit list” of which journalists to pay off or threaten with violence. Bayer has now become aware of this “black ops” division of Monsanto and has publicly apologized for its operation. In a public apology message posted on its website, Bayer also says it has shut down the operation and cut ties with the black ops service providers, which we know included actual corporate-funded “death squads” that targeted journalists, lawmakers and regulators. (Bayer does not admit the existence of death squads and may not have known about their existence when it acquired Monsanto, as it’s almost certain that Monsanto principals committed due diligence fraud and misrepresentation during Bayer’s acquisition investigations.)

With the black ops division shut down, U.S. journalists are no longer threatened with being killed by Monsanto for running news that’s critical of the corporation. This is one reason why negative news about the Roundup / glyphosate court cases is receiving so much coverage now. (Read MonsantoMafia.com for more news about the criminal activities of Monsanto that were carried out before the Bayer acquisition.)

With the American public now watching all this coverage and learning about the links between glyphosate exposure and Non-Hodgkin’s Lymphoma (a form of cancer), Bayer is likely to be hit with a new wave of lawsuits due to the “snowball effect” of increased media coverage in the United States. Potentially tens of thousands of people who have been diagnosed with NHL cancer are suddenly realizing they were exposed to glyphosate, too. No doubt many of them are finding law firms to pursue legal action against Bayer.

By our estimates, Bayer is currently being hit with 20 – 30 new lawsuits each business day, adding up to hundreds of new lawsuits a month and thousands each year. With Roundup / glyphosate still being sold at retail stores across America, glyphosate exposure will continue to cause cancers among potentially millions of people, many of whom will no doubt end up filing suit against Bayer.

Bayer is facing financial annihilation unless it can somehow settle the lawsuits and end the exposure by pulling glyphosate off the market, at least at the retail level. (Bayer’s largest sales of glyphosate are to commercial farmers, not retail customers. Ending the retail distribution of glyphosate / Roundup actually wouldn’t even put a dent in the company’s revenues.)

P.S. I am about to submit a new science paper for publication in the science journals. It describes a new, highly efficient method for LC-MS-MS glyphosate quantitation using triple quad mass spec instrumentation. This new method has a limit of detection of 300 parts per trillion, making it the most sensitive method yet published in the scientific literature. This new method will allow other labs to more quickly start testing food, water, urine and even human blood for glyphosate exposure. Crucially, this method requires no post-column derivatization and can run water and urine samples directly in a “dilute and shoot” protocol that completely skips the usual sample prep time, saving laboratories a huge amount of time. Essentially, this is a small breakthrough for the laboratory testing of glyphosate, and we’re about to go public with it.

Unlike the vaccine industry which convinced the U.S. Congress to pass a law in 1986 that granted it legal immunity from lawsuits — that’s one reason why vaccines are so dangerous and faulty today — the pesticide industry has no such legal immunity. This means any person harmed by exposure to glyphosate can file suit against glyphosate manufacturers. Law firms across the country are running ads to find and represent new plaintiffs, creating a kind of gold rush flurry of activity that’s largely directed at Bayer.

Bayer has lost its first three cases in U.S. courts, and because people generally have a very negative view of Monsanto and Bayer due to the evil nature of Monsanto itself, the punitive awards reached by U.S. juries are likely to continue to be in the hundreds of millions of dollars per case. (This latest case saw a jury awarding $2 billion in damages, an amount that’s almost unprecedented in the history of jury trials.)

No doubt the public’s knowledge of the evil activities of Monsanto are a significant part of the punitive awards now being directed at Bayer. In other words, Bayer is being poisoned by Monsanto, which is ironic, given that both Monsanto and Bayer have earned billions of dollars by poisoning everyone else.

Listen to my podcast analysis here:

Read more news about Bayer at EvilBayer.com, and follow news about Monsanto at Monsanto.news.

Also note that I have publicly offered to meet with Bayer’s independent investigations team to relay the full details of Monsanto’s “black ops” unit and how it hunted and threatened independent journalists like myself. I will report here if Bayer agrees to that meeting.