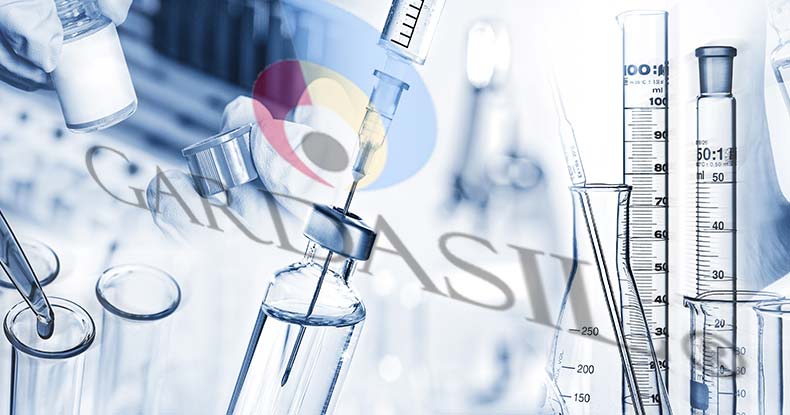 Attorney Robert F. Kennedy Jr., Children’s Health Defense’s Chairman and Chief Legal Counsel, finally has “put on the gloves” and is ready to fight Big Pharma’s Merck & Co., Inc. regarding the falsified and fraudulent research they undertook and presented to the CDC/FDA for the licensure of the HPV vaccine Gardasil®.

After reading the transcript of Mr. Kennedy’s video, I could not help but spotlight some of the more apparently shocking facts he and his team uncovered in their exposé of the fraud that apparently took place during Merck’s testing of the Gardasil® vaccine.

Much of the information below is taken from various parts of the video/transcript, which I request readers refer to here.  This may read out of context, but it falls together to tell a long story as briefly as possible.

Corruption is systemic at FDA too shockingly 45 percent of FDA’s budget comes from the industry. Pharmaceutical companies pay billions of dollars in fees annually to FDA to fast track drugs. Between 2000-2010 pharmaceutical companies paid 3.4 billion dollars to FDA to get drug approvals, and those payments by industry have caused FDA and CDC to treat the vaccine makers not as a regulated entity but as partners and clients and friends.

I just want to talk for a moment about one example. From 2002 to 2009 Julie Gerberding was the director of CDC and she oversaw all, all of this crooked science that went into the approvals in 2006 and 2007 of Merck’s Gardasil vaccine. She was rewarded by Merck.

When she left the agency in 2009, she was hired by Merck as the president of its vaccine division and Merck gave her a salary of 2.5 million dollars a year, and 38 million dollars in stock options. And that kind of dough buys a lot of loyalty from regulators.

This is what the British Medical Journal said about those conflicts:

“Most of us were shocked to learn that the CDC takes funding from the industry. It is outrageous that industry apparently is allowed to punish the CDC if the agency conducts research that has the potential to cut into profits.”

Death risk from this vaccine according to Merck’s own studies is 37 times the risk of dying from cervical cancer.

And the problem with that is that the post-licensing surveillance system, the principle one, is called the Vaccine Adverse Event Reporting System. The system is a voluntary system that simply does not work. It’s broken. In fact, in 2010 HHS hired another federal agency the agency for healthcare research quality and a group of Harvard researchers to study Vaccine Adverse Event Reporting System and those researchers found fewer than 1 percent of adverse events of vaccines are ever reported.

Japanese researchers found that the adverse event rate for the HPV vaccine was as high as nine percent and that pregnant women injected with the vaccine aborted or miscarried 30 percent of their babies. [CJF emphasis]

Regarding your children’s doctors and pediatricians, here’s what Kennedy offered about the Gardasil® problem:

This is another thing your doctor probably doesn’t know. The government agency NIH actually developed the key component for the Gardasil vaccine and NIH owns part of the patent and receives royalties on it. Not only does NIH the agency receive millions and millions of dollars annually from the vaccine, but also the individual scientists who worked on the vaccine within the agency are entitled to make one hundred and fifty thousand dollars a year in royalty payments from Merck.

Oh, every time your pediatrician sells one of those four hundred and twenty dollar vaccines to your child or you, NIH scientists and HHS scientists and the agencies themselves are making money on that transaction. And that’s why your doctor doesn’t know what’s happening because he’s getting his information or her information from those agencies. [CJF emphasis]

So much for highlighting what’s the so-called Merck corporate culture and “vaccine politics” surrounding Gardasil®.  However, the real nitty-gritty deceptions are to be found in the fraudulent research schemes Merck devised to ‘prove’ safety and efficacy and had the audacity to present for licensure.

The Cochrane Collaboration—thirty thousand scientists from all over the world who came together to create an independent assessment of medical protocols which they saw as being increasingly controlled by the industry—The Cochrane Collaboration said the use of active comparators probably increased the occurrence of harms and the comparative group thereby masking harms created by the HPV vaccine.

Finally, the American Medical Association says the absence of double-blind placebo testing and short-term studies of chronic disease are “the indicia of marketing masquerading as science.”

The one we’re most concerned with is protocol 18. The reason protocol 18 is critical is because that was the basis for FDA giving Merck the license to produce and market the vaccine. [CJF emphasis]

And Attorney Kennedy takes off with describing unbelievable mischief, which I encourage readers to listen to because those kinds of shenanigans apparently happen during most vaccine trials—skullduggery to prove efficacy and safety.

Therein is the real problem for the ex-vaxxers or anti-vaccine movement.

And yet there is total reluctance to investigate ALL possibilities, including vaccines, regarding ASD. The “mantra of coincidence” is a specific conundrum based upon Big Pharma’s dogmatic statement, rather than independent, non-vested-interest consensus science, that vaccines cannot cause Autism, when in reality there are numerous CDC studies that had to be sanitized to come to that conclusion.

Attorney Kennedy has done a yeoman’s job in getting all “his ducks in a row.”

At the end of the video Kennedy tells Merck he will be filing a lawsuit against the company regarding fraudulent Gardasil® research, which apparently has been responsible for the following statistics gathered from the CDC’s vaccine post-marketing VAERS reports:

How you can help

Kennedy asks for financial support to take on Merck & Co., Inc. in the lawsuit(s) going forward.  To do that, may I suggest using CHD’s Donate webpage at

If there ever were a chance to get to the bottom of vaccine fraud, Autism and other diseases, what Attorney Kennedy plans [3] just may be it.

Catherine J Frompovich (website) is a retired natural nutritionist who earned advanced degrees in Nutrition and Holistic Health Sciences, Certification in Orthomolecular Theory and Practice, plus Paralegal Studies. Her work has been published in national and airline magazines since the early 1980s. Catherine authored numerous books on health issues along with co-authoring papers and monographs with physicians, nurses, and holistic healthcare professionals. She has been a consumer health ​issues researcher ​​and holistic health advocate since the late 1970s; she continues researching and writing in retirement. Her career in holistic healthcare began in the early 1970s when she had to save, and restructure, her life resulting from having “fallen through the allopathic medical paradigm cracks.”

Catherine has written numerous books. The following can be purchased on Amazon books:

Eat To Beat Disease, Foods Medicinal Qualities (2016)
Vaccination Voodoo, What YOU Don’t Know About Vaccines (2013)
A Cancer Answer, Holistic BREAST Cancer Management, A Guide to Effective & Non-Toxic Treatments(2012)
Our Chemical Lives And The Hijacking Of Our DNA, A Probe Into What’s Probably Making Us Sick (2009)
Lord, How Can I Make It Through Grieving My Loss, An Inspirational Guide Through the Grieving Process(2008)