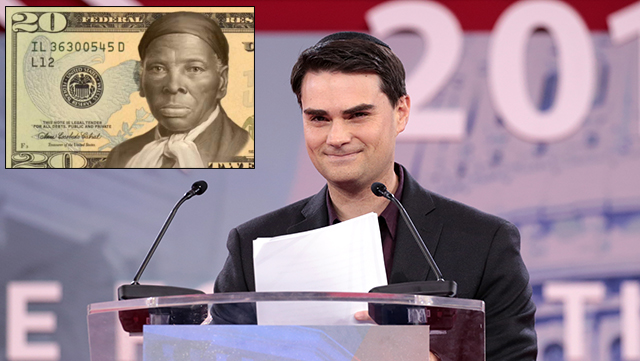 Neocon Ben Shapiro is very excited about the plan to remove President Andrew Jackson from the $20 bill and have him replaced with Harriet Tubman.

Responding to senior Obama advisor Valerie Jarrett saying Harriet Tubman “belongs on the $20” and “not moving forward is an insult not just to the African American community, but to all Americans,” Ben Shapiro said he agreed.

“Not sure it’s an ‘insult’ per se if this doesn’t happen, but putting Tubman on the $20 is an awesome idea and should definitely be pursued,” Shapiro said.

Not sure it's an "insult" per se if this doesn't happen, but putting Tubman on the $20 is an awesome idea and should definitely be pursued https://t.co/pkyhpA7IP7

Shapiro wrote an article talking about Jackson in 2017 where he boiled Jackson’s entire life down to his support for slavery.

Shapiro’s Daily Wire also published an article by Aaron Bandler in 2016 praising the Obama administration’s plan to replace Jackson with Tubman because she was “a pro-gun and an incredibly religious Republican.”

This is the absolute state of true conservatism™.