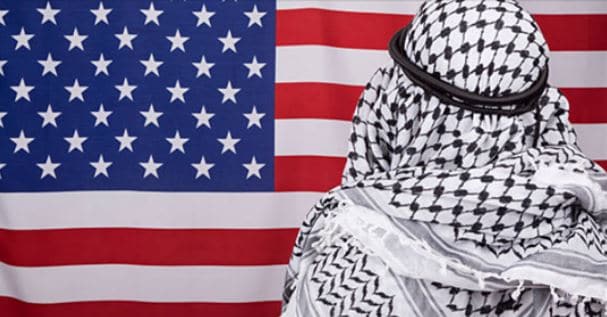 Those holding to the false teachings of Islam are at odds not only with Christianity, which our country was built upon, but also against our Constitution.  Yet, with this last election, we saw many Muslims elected to office and in the coming election, we are sure to see many more.

The following is a list of Muslims who are already preparing to run for office to “represent” you.

Ali Saleh is a Democratic candidate for California State Senate in District 33. Saleh is running in the primary special election on March 26, 2019. Read more about Saleh here. UPDATE: Ali Saleh was defeated in the primary election.

Ammar Campa-Najjar is a Democratic candidate for Congress in California’s 50th District, for the 2020 election. Campa-Najjar claims he is not muslim but his grandfather was a muslim terrorist, therefore I thought he should be added to this list. Read more about Campa-Najjar here.

Imtiaz Ahmad Mohammad is a Democratic candidate for Florida House of Representatives, District 104, for the 2020 election. Read more about Mohammad here.

Dr. Mohammad “MoDar” Dar is a Democratic candidate for U.S. House of Representatives in Massachusetts, District 8, in the 2020 election. Read more about Dar here. UPDATE: Mohammad Dar has dropped out of the race.

Altaf Ahmed is a Democratic candidate for Broward County Commission District 1, in the 2020 election.

Yasmine Taeb is a Democratic candidate for State Senate in Virginia’s 35th District for the 2019 election. Read more about Taeb here.

Nabila Mansoor is a candidate for Sugar Land City Council, District 2 in Texas. The General Election is on May 4, 2019. UPDATE: Nabila Mansoor will face Naushad Kermally in the runoff election on June 8th 2019.

Naushad Kermally is a candidate for Sugar Land City Council, District 2 in Texas. The Election is on May 4th 2019. UPDATE: Naushad Kermally will face Nabila Mansoor in the runoff election on June 8th 2019.

Mohammad Usman Aijaz is a candidate for Sugar Land City Council, District 1 in Texas. The General Election is on May 4, 2019. UPDATE: Aijaz was defeated on May 4th.

Abrar Omeish is a candidate for Fairfax County School Board in Virginia.

Omar Sabir is a candidate for Philadelphia City Commissioner in Pennsylvania. The primary election is on May 21, 2019.

Qasim Rashid is a candidate for Virginia Senate, District 28. The primary election is on June 11th 2019. Read more about Rashid here.

Ibrahim Moiz is a Democratic candidate for the Loudoun County Board of Supervisors in Virginia.

Khurrum Wahid is a candidate for Coral Springs City Commission, seat 2, in Florida.

Mahmoud Mahmoud is a candidate for the New Jersey General Assembly, District 32. The primary election is on June 4, 2019.

Kaisar Ahmed is a candidate for the 3rd District seat on the San Bernardino County Board of Supervisors, in California, for the 2020 election. Read more about Ahmed here.

Sharafat Hussain-Babu is a Democratic candidate for Virginia State Senate in the 33rd district. The election is on June 11th 2019. Read more about Hussain-Babu here.

Hassan Ahmad is a progressive Democrat running for the Virginia House of Delegates, District 87. The election is on June 11th 2019.

Adil Syed Ahmed is a progressive candidate for Commissioner in West New York, NJ. The election is on May 14th 2019.

Sri Preston Kulkarni is a Democratic candidate for Congress in Texas, District 22, in the 2020 Election.

Awais Qazi is a Democratic candidate for New Jersey General Assembly, District 29. The primary election is on June 4th 2019.

We’ll update the list as more file to run for office.

I ask, where are you Christian Americans who will stand and be counted and represent your people and faithfully execute your duty before God (Romans 13:1-5)?

Where are true, God-fearing Americans that take seriously the responsibility of the civil magistrate as the minister of God?  Where are those who seek to uphold the law rather than violate it like Rep. Ilhan Omar, Rep. Rashida Tlaib and Attorney General Keith Ellison?

If your idea is to simply live and let live and not war against the schemes of the devil and not bring forth the true Gospel that saves, along with opposing those who are at war with God, then your Christianity is missing something important.

I encourage you, if you believe you should move into the political realm to represent your people, as well as honor your Creator, I would implore you to do so.  Contact me, and I’ll support you as best I am able by the means God has given me.