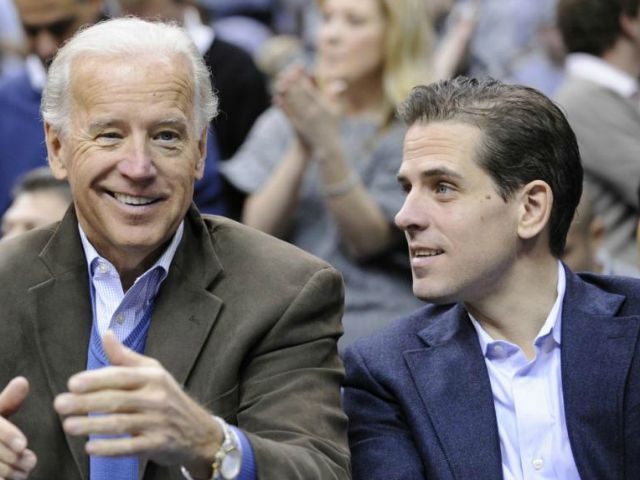 Listening to what he says will leave you of no clue of who he really is.

It’s better to watch what he does in order to figure him out.

For those who missed it, Hunter Biden, Joe’s son, is in the news again.

Breitbart broke a story late last week that Hunter was mixed up in a Cocaine-driven comedy of errors in 2016, but police did not prosecute and THUS, the story escaped the news, until now.

Breitbart News has exclusively obtained a heretofore unreported-on police report from days before the 2016 presidential election that describes how a cocaine pipe that authorities determined was used to smoke cocaine was found in a rental car returned to an Arizona Hertz location in the middle of the night. Also found in the vehicle were several personal effects of Hunter Biden, then-Vice President Joe Biden’s son, like two of his DC driver’s licenses, multiple credit cards, and personally identifying information like a Delaware Attorney General badge and a U.S. Secret Service business card that police said bore his name. Hunter Biden, according to the police report, had rented the vehicle from a location in California with the intent to return it to the Prescott, Arizona, location, where it was discovered the morning after it was dropped off with the drug paraphernalia and Hunter Biden’s personal effects inside.

Instead of returning the car keys to the drop box where after-hours returns are supposed to go, the car was returned—according to the police report—with the keys left in the gas tank compartment of the vehicle. Also found inside the vehicle, per the police report, were two drivers’ licenses both bearing Hunter Biden’s legal name Robert Biden, as well as “some credit cards with the same name,” “a secret service business card,” and an “Attorney General’s badge” all contained inside a wallet that Hertz rental employees discovered—along with a pipe that Hertz employees thought and police later confirmed was used to smoke illicit drugs, as well as “a white powdery substance in the arm rest of the vehicle.”

So why didn’t Hunter return that car?

Was he lying with one of his prostitutes?

Was he passed out from the previous days’ activities?

Was he simply AWOL?

This is certainly not the first time that Hunter or other Biden children has had a run in with the authorities because of drug use. The difference between Biden children and our own children is the results of those incidents.

Ironically enough, about 2 weeks before the latest “Hunter being Hunter” story broke, Alana Goodman tackled the topic of Biden’s drug abusing children for The Washington Examiner:

During his 36 years in the Senate, Joe Biden helped craft some of the strictest anti-drug laws of the 1980s and 1990s. But drug reform advocates say his own children were able to avoid the brunt of these laws because they were white and wealthy.

The 76-year-old former vice president’s daughter Ashley, now 37, was arrested for marijuana possession at age 17. Records show the prosecutor declined to pursue the charges. A decade later, a “friend” of Ashley Biden attempted to sell the New York Post a 43-minute hidden-camera video purportedly showing Ashley snorting cocaine. The police did not get involved.

Biden’s son Hunter, now 49, joined the Navy Reserves in 2012 after receiving two special waivers, one because he was three years over the age limit of 40 and another for a “drug-related incident when he was a young man.” A month into his service, he tested positive for cocaine during a random drug test and was discharged.

In 2017 divorce papers, Hunter Biden’s then-wife Kathleen stated he spent “extravagantly on his own interests (including drugs, alcohol, prostitutes, strip clubs, and gifts for women with whom he has sexual relations).” The same year, it emerged that Hunter Biden was in a relationship with his late brother Beau’s widow, Hallie. Hunter Biden separated from Kathleen five months after Beau’s death from brain cancer at age 46 in May 2015.

Criminal justice reform advocates say the Bidens, none of whom have served any jail time for drug offenses, are a clear example of how racial and economic privilege play a role in drug enforcement.

Biden’s daughter Ashley was arrested in New Orleans for possession of marijuana while attending Tulane University on Sept. 22, 1999. She was released on a $1,000 bond, according to court records. The case was never prosecuted because the district attorney declined to pick up the charges, according to an administrator at the Orleans Parish Magistrate Court.

She was also arrested on July 13, 2001, for underage drinking in Howard County, Md., and was issued a bench warrant for failing to appear at a hearing on Oct. 31. She pleaded guilty and was fined $125, according to court records. In August 2002, she was arrested again on a misdemeanor charge for allegedly obstructing police officers who were responding to an altercation at a bar in Chicago. According to reports, Ashley Biden “blocked the officer’s path and made intimidating statements” after a patron threw a bottle at the police.

Hunter Biden joined the Navy Reserves as an officer in 2012. Friends say the move was part of a plan for a political career he believed might take him to the White House. After his discharge, a Navy spokesperson declined to comment on whether it was “honorable,” “general under honorable conditions,” or “other than honorable.” After his divorce from Kathleen, to whom he had been married 23 years and had three children with, Hunter Biden said that one of the lessons had been: “Love people and find a way to love yourself.”

Joe Biden’s children are not much different than many in America. Kids have drug problems sometimes and it is not always because they had bad parenting.

However, when a man that can’t hold his own family together acts like he can fix America it is time to pause and reflect on whether or not the man can be trusted at all, let alone be trusted enough to be President.

Joe Biden might want to consider leaving the public eye and spending some of that “better late than never” time with his own family.

I wonder how far the apple fell from the tree this time?

I’m not going to say Joe Biden is on drugs. but he surely is far enough out in left field that he knows the hot dog vendors by name.

Joe how about leaving the public eye and trying to work on saving your own family?