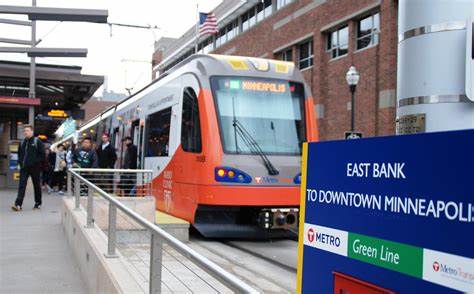 A mob of eight to 10 males wielding hammers descended upon bystanders at the East Bank Light Rail station on Friday night injuring several, according to recorded police dispatch audio.The incident was apparently reported to 911 just before 10 p.m. on Friday according to the audio and other social media police scanner reports. A 9:48 p.m. Facebook post on 2nd Precinct Minneapolis Crime Watch page said that University of Minnesota (U of M) police were requesting assistance from Minneapolis police (MPD) and Metro Transit police for “a group of 8-10 males chasing people with hammers” and that some people were injured. A Facebook post a minute later on Minneapolis Scanner page said that the three police departments were responding to “multiple [911] calls” about “10-12 Somali teen males armed with hammers chasing people,” also with “several injuries reported.” Both Facebook pages regularly post summaries of police scanner audio.A person who claimed on social media to have been at the station when the incident occurred said that the group of males had “hammers and bars,” and that they seemed to be “attacking anyone who looked like they had money or were white.” The witness, who said he isn’t white, said he didn’t want to “[take] on a bunch of dudes with blunt objects,” and that he “hurried an older white lady away” and they walked a few blocks to catch a bus.

On Wednesday there was an attempted robbery at the same location during which two U of M students were injured, according to a media report. It’s unknown whether these incidents are related.

The East Bank LRT station is part of the Green Line operated by Metro Transit and is located on the 500 block of Washington Avenue Southeast in the center of the University of Minnesota campus and across the street from the U of M police department. The stop is popular with students and people attending U of M sporting events.

We reached out to the U of M Police Department, the MPD and to Metro Transit police for comment on this incident and did not receive a response prior to publication.