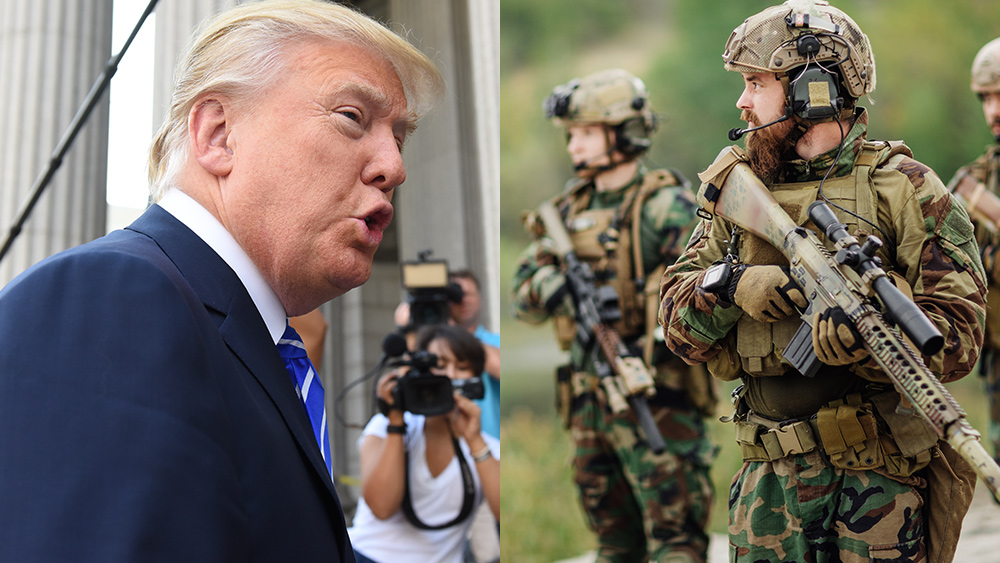 According to sources cited by The Daily Caller, President Trump is poised to invoke the Insurrection Act to fight for America’s survival against the ongoing invasion of illegals who are flooding the United States as a tactic to destroy the country from within. The Daily Caller is now reporting:

According to multiple senior administration officials, the president intends to invoke the “tremendous powers” of the act to remove illegal immigrants from the country.

The Insurrection Act, passed by Congress in 1807, allows the president to deploy National Guard and U.S. military troops to combat “rebellion” against the United States of America. The Act has been invoked by other presidents to quell violent uprisings such as the L.A. Riots.

It is clear that President Trump now recognizes the open rebellion against America being committed by the Governor of California, mayors of “sanctuary cities” and fake news “journo-terrorists” who are brainwashing Americans to hate their own country. The ongoing land invasion of the United States of America is an act of war being openly supported by Democrats and Leftists who are using illegal immigration to nullify U.S. voters and overrun the United States with anti-American militants, criminals and terrorists. (See CivilWar.newsfor frequent updates on the coming civil war.) As Stewart Rhodes from Oath Keepers has accurately described, the illegal immigration is designed to import terror cells who plan to carry out a “Tet Offensive” inside the United States, once activated by enemies and traitors who are literally seeking the complete destruction of America.

It has also become obvious over the past few months that the tech giants are waging a coordinated conspiracy to nullify U.S. elections and crush democracy by selectively silencing all conservative voices on the dominant online platforms. This illegal conspiracy — pursued by Facebook, Twitter, Google, Apple and other tech giants — represents an online insurrection against the United States of America, which is why I have repeatedly called for the deployment of military police to arrest the CEOs of these tech companies and force the platforms to respect the First Amendment liberties of the American people.

It is time for Trump to deploy the military police to arrest Mark Zuckerberg and Jack Dorsey. And that’s just the start of what needs to happen to restore our democracy and the freedom to speak.

Watch this emergency broadcast video, here, and read the highlights below:

All of these traitors must be identified, detained and removed from power by authorized forces before they succeed in destroying this nation:

As all of this is about to go down, it is crucial that President Trump knows he has widespread support from the American people to take the actions necessary to defend this nation from its domestic enemies.

We the People will be tasked with supporting these efforts as Trump works to clean house and root out the treasonous traitors who are conspiring to destroy this great nation.

If we all succeed, we may once again restore democracy and the rule of law to America. If we fail, America falls to the authoritarian tyrants, and the nation will be deliberately dismantled and fed to the globalists.

We are now fighting for our lives. We are blessed to have Donald J. Trump as our President as America faces off against treasonous actors, deep state traitors and authoritarian globalists who despise this nation and what it stands for.

Be ready to literally fight for our survival and the defense of our nation. The end game has arrived, and California will be the front lines in the coming war. 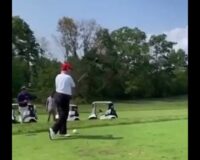 Trump Savages Biden As Soon As He Finishes Golf Swing: 'You Think Biden Can Hit a Ball Like That?'
September 23rd, 2021 Flag And Cross

Biden Sets Precedent: Kill Children With A Drone, No Discipline – Tell People About It, Go To Prison
September 23rd, 2021 Sons of Liberty Media