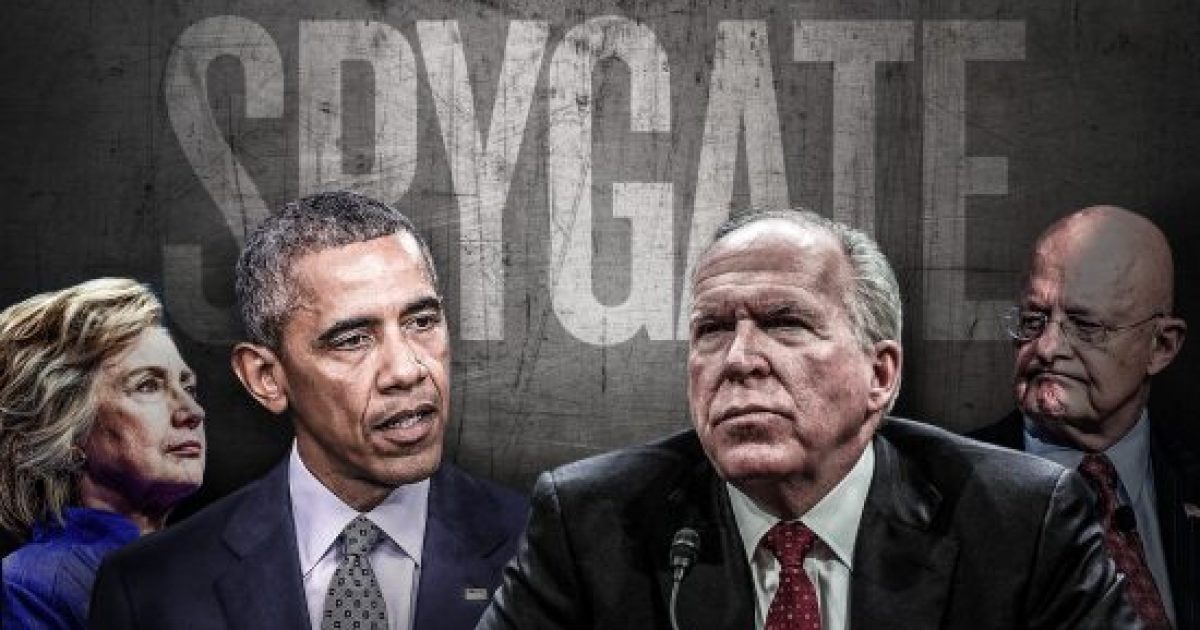 This is the very definition of coup – multi-agency treason.

REP. MEADOWS: AMERICANS WILL BE ‘ASTONISHED’ BY FBI PROBE TRANSCRIPT

When President Donald Trump declassifies transcripts from the FBI’s surveillance of his campaign, Americans will be “astonished” to see that the FBI knew early on through its spying on former campaign aide George Papadopoulos, that there was no collusion with Russia, Rep. Mark Meadows said Monday, while agreeing with former Rep. Trey Gowdy that the FBI is withholding information.

“He is a serious chairman,” the North Carolina Republican told Fox News” “Fox and Friends” about Gowdy. “He has seen documents that I have not seen. We have come to the same conclusion, and that is, indeed George Papadopoulos was actually taped and recorded, and those interviews actually, there are records of those.”

He added that he’s spoken with Trump recently and believes the declassification is “right around the corner.”

“Some of us have been fortunate enough to know whether or not those transcripts exist,” Gowdy said. “One in particular…there is some information in these transcripts that has the potential to be a gamechanger if it’s ever made public.”

The FBI’s investigation into Trump’s campaign opened on July 31, 2016, after the Australian government reported that a diplomat, Alexander Downer, had claimed Papadopoulos told him in May that he had heard Russians could be releasing information on Hillary Clinton.

But before the investigation opened, Meadows said Monday, “we know that there were some improper activities going on and after certainly there were, and I believe Attorney General (William) Barr is very serious about getting to the bottom of it.”