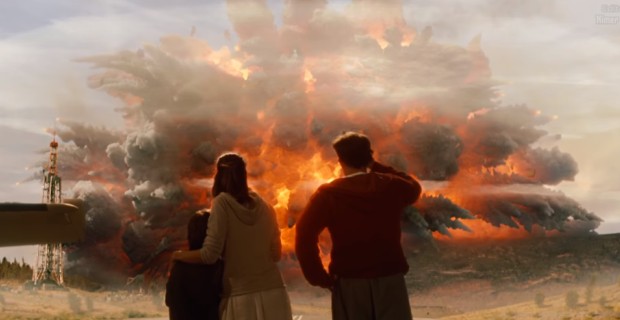 Editor: Have you ever wondered how in the hell scientists come up with their numbers? I do. Would a major Yellowstone eruption be tragic? I’m sure it would. But would 5 BILLION people actually starve to death as a result? It sounds a little surreal to me. But I’m not a scientist. I know it would be very bad for the USA, but what about the rest of the world? Read on…

A Polish geologist says that an eruption of the Yellowstone supervolcano would destroy virtually all of the United States and cause 5 billion people globally to starve to death.

In comments published by Polish outlet Tech WP, Dr. Jerzy Zaba said that an explosion would cause a drastic temperature drop around the world due to sulfuric acid reflecting sunlight, making growing food almost impossible.

“It is forecasted that if there was an explosion similar to the one 640,000 years ago, it would destroy most of the United States,” said Zaba.

“Discarded materials would cover everything with a meter layer within a radius of 500 km. And due to the emission of a huge amount of dust, gases or sulfur oxide to the atmosphere, there would be a temporary cooling of the climate,” he added.

“Sulfur oxide would create a thin veil of sulfuric acid around the planet reflecting sunlight. [This] would persist for many years. It is estimated that due to climate change about five billion people would starve to death. The scenario of such an explosion can be seen in the documentary film “Superwulkan – disaster scenario”. This is, of course, a catastrophic film, but a lot of scientific truth in it,” concluded the geologist.

An eruption of Yellowstone in our lifetimes would certainly put into perspective the comparatively meaningless political drivel that most people bicker about.

Russian geopolitical analyst Konstantin Sivkov previously stated that nuking Yellowstone could trigger a super volcano that would eviscerate the United States, but his claims were disputed by experts.

In 2013 it was revealed that the magma below Yellowstone was two and a half times larger than previously thought, giving the park’s supervolcano the potential to cause an eruption 2,000 times more powerful than Mount St. Helens. Some experts say the caldera is overdue to erupt.