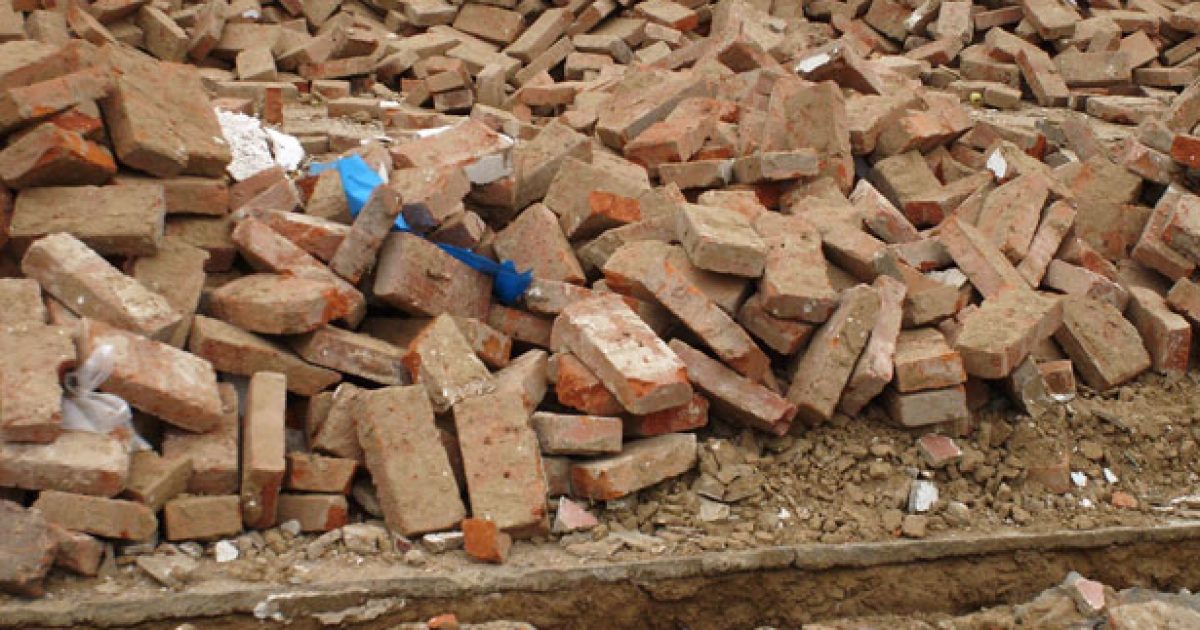 On Monday, the Chorlton Brewing Company, a beer company based in Manchester in the UK, advocated hitting “fascists” — a term reserved for anyone who is not a flaming left-wing communist — over the head with bricks.

“Note to our customers: please don’t throw our beer over fascists. Hit them over the head with a brick as is traditional,” the company said on Twitter, apparently in response to news that someone threw a milkshake at Nigel Farage.

Note to our customers: please don’t throw our beer over fascists. Hit them over the head with a brick as is traditional. 🙃✊🏽 https://t.co/yWPtHPQW2L

After facing backlash, the company doubled down, with the owner suggesting that violence against those to the right of center is perfectly acceptable.

The owner of Chorlton Brewing Company doubled down on his call to "hit them (people like Nigel Farage) over the head with a brick", stating that murdering "far-right" politicians and their supporters is "acceptable" because it will prevent the genocide of 12 million people. pic.twitter.com/11SUBmppxO

Oddly enough, the company claims on its website: “We care deeply about ethics and try hard not to trash the planet or do uncool things in the pursuit of money.”

Right… Because there’s nothing that shouts “ethics” quite like bashing in the heads of those with whom you disagree with bricks.

The company then decided to block viewing of the tweet: 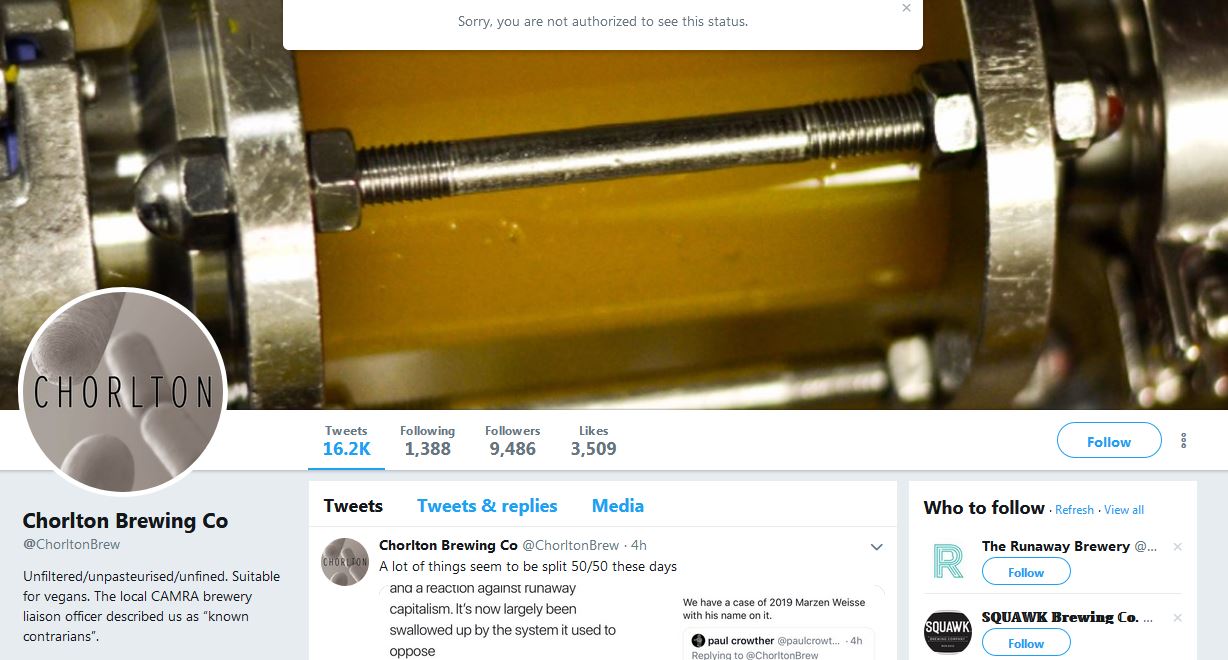 But the tweet was captured for posterity and can be seen here and below: 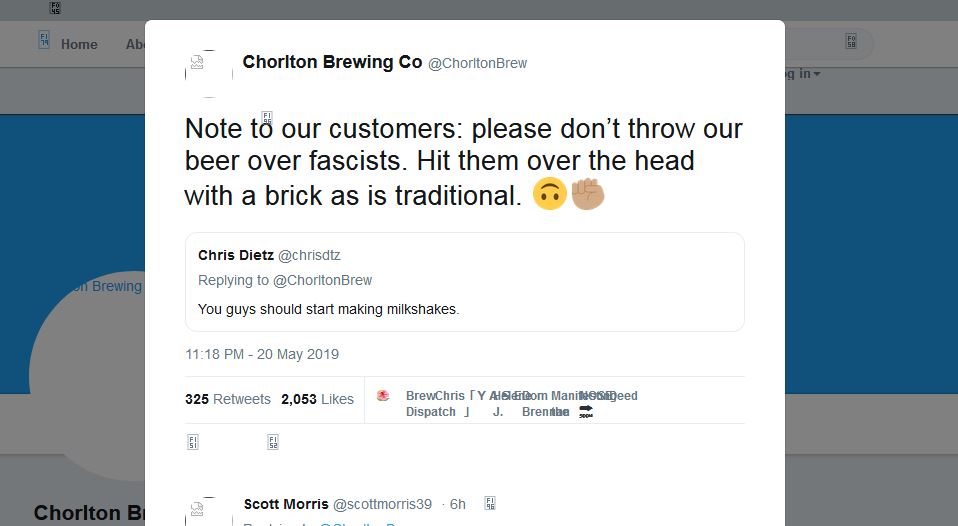 After advocating bloody violence against those with a different point of view, the company whined when it allegedly received a “threat” by email which reportedly read, “You people are asking for trouble.”

We just received what seems to be a threat. The IP address (185.92.25.227) points to the head offices of @Abercrombie in London. pic.twitter.com/pnvWYIINjZ

That’s not a threat, idiots, that’s less than a milkshake.

Right. And your brick suggestion was what exactly?

And for those who think leftists are peace-loving, consider this.  There are those who are now advocating using acid against Farage and others.

As we’ve said time and again, liberalism, at its core, is an ideology of insane, bloodthirsty rage and hate.  Liberals, sadly, prove that assertion correct on just about any given day.

Yes, they hate you and they want you dead.

I can’t help but be reminded of Captain John Parker’s statement to his Minute Men on Lexington Green on April 19, 1775: “Stand your ground. Don’t fire unless fired upon, but if they mean to have a war, let it begin here.”

Let’s hope it doesn’t come to that.