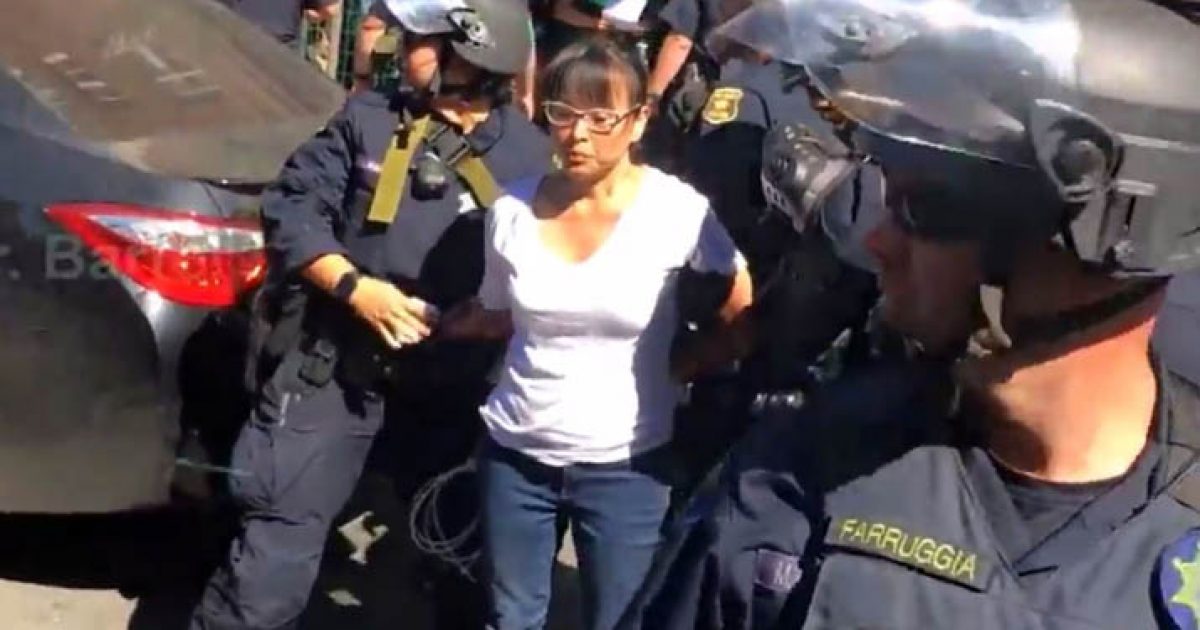 A US District Judge in California awarded $22,000 in legal fees to government watchdog group Judicial Watch in a frivolous lawsuit filed by Antifa organizer Yvette Felarca when she attempted to block the organization from obtaining information about her unlawful activities.

Yvette Felarca, a middle school teacher in the Berkeley Unified School District (BUSD), and two co-plaintiffs were ordered to pay Judicial Watch $22,000 in attorney’s fees and $4,000 in litigation costs. Felarca had sued the BUSD in federal court to keep the school district from fulfilling its legal obligation to provide Judicial Watch with records of their communications mentioning: Felarca, Antifa, and/or BAMN. Judicial Watch also asked for Felarca’s personnel file.

Felarca is a prominent figure in By Any Means Necessary (BAMN), a group founded by the Marxist Revolutionary Workers League that protests conservative speaking engagements. In 2016, Felarca and two of her allies were arrested and charged with several crimes, including felony assault, for inciting a riot in Sacramento. Earlier this year, Felarca was ordered to stand trial for assault.

U.S. District Judge Vince Chhabria, Northern District of California, who had previously ruled that Felarca’s lawsuit was “entirely frivolous,” wrote in his ruling awarding legal fees to Judicial Watch that Felarca and her co-plaintiffs’ First Amendment claims were “premised on the obviously baseless assumption” that the First Amendment condemns the speech of some while condoning the ideological missions of others.

Judge Chhabria added that “The plaintiffs also mischaracterized the documents under review” and that the plaintiffs “failed to grapple with the role Ms. Felarca played in making herself a topic of public discourse through her physical conduct at public rallies and her voluntary appearance on Fox News.”

Judge Chhabria’s order also states that “a significant portion of the documents the plaintiffs initially sued to protect from disclosure had been publicly disclosed months earlier in another suit brought by Ms. Felarca against BUSD, where she was represented by the same counsel. (See generally Felarca v. Berkeley Unified School District, No. 3:16-cv-06184-RS). The plaintiffs, therefore, had no reasonable argument to protect those documents from disclosure.”

According to the judge, “Judicial Watch is entitled to attorney’s fees because the plaintiffs’ lawsuit was frivolous, and their litigation conduct was unreasonable.”

Additionally, the judge in the case held the plaintiffs “jointly and severally liable” to pay Judicial Watch $4,000 in expenses for their litigation.

These lawless criminals tied with the fascist Antifa group need to all be arrested and tried for subversion.  Their protests are not free speech.  They are calls for insurrection and their behavior is nothing shy of criminal.

Good for Judicial Watch and good for the judge in bringing the smackdown on this criminal Antifa organizer, though one can suspect that like many Antifa leaders, her fines will be paid by George Soros.