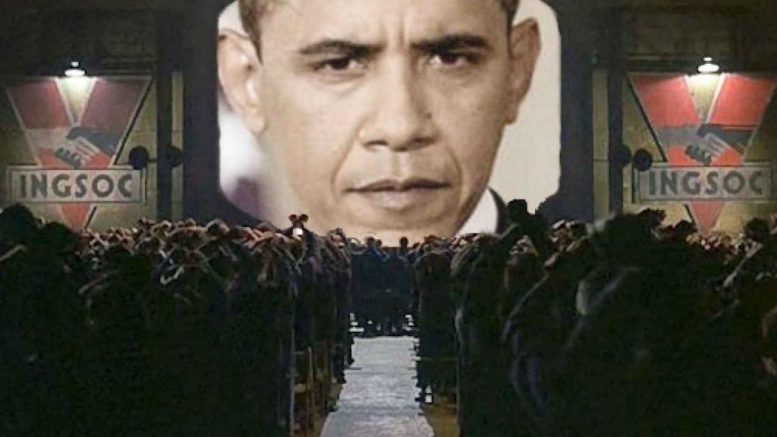 Editor: Government surveillance is out of control. When an out of control President joined the party, MILLLIONS of American’s were violated. There is really no such thing as privacy anymore, at least not in America. -Dean

This article results from several readers emailing me various links about the illegal surveillance program, a spying platform, operated with President Obama’s knowledge for several years, plus CIA Director John Brennan and National Intelligence Director, James Clapper.  Furthermore, the 7th FBI Director James Comey (2013 to May 2017) was aware of “The Hammer” since at least August 19, 2015!

“The Hammer” was created by CIA/NSA/FBI contractor-turned-whistleblower Dennis L. Montgomery for the Obama Administration’s CIA Director John Brennan and Director of National Intelligence, James Clapper. James Comey was aware of this since at least August 19, 2015, when Montgomery gave 47 hard drives alleged to contain over 600 million pages of documentation to his office.

What sort of lying has been ongoing at the Deep State, and why?

How, and why, has the Deep State been able to deflect its criminal and unconstitutional activities onto Donald J. Trump and create “RussiaGate” to cover up its apparent collusionary activities with Barack Obama, who ought to be tried, convicted and imprisoned for sedition, subversion and treason, in my opinion?

According to Alexandra Bruce’s write-up,

Comey perjured himself on March 20, 2017, when he announced before the House Permanent Select Committee on Intelligence that the FBI Counterintelligence Division had “no information” to support Trump’s tweet claiming that President Obama had “wiretapped” him. Dave Janda says, “Right then and there, he goes to prison.”

However, the above individuals are not alone in the collusion of promoting “RussiaGate.”

We should—and must—question the hyper-role mainstream, lamestream, corporate-controlled U.S. media played to make certain Trump and “RussiaGate” became pariahs the leftist, socialist, Neo-Democrats wanted to take down, because the New World Order, One-World-Order agenda, was not to be Hillary Clinton’s contribution to U.S. politics and governance.  Thank GOD!, no matter how PC incorrect that comment probably is to those who want to destroy a benevolent culture that’s memorialized in the founding documents of the United States of America.

Now, watch and listen carefully, for it’s time to take off the intentional, deceptive Deep State blinders“hammered” into our consciousness by the complicit corporate media, which needs to be dismantled so journalism can be what it must be: unfettered, and subservient to no agenda!

Catherine J Frompovich (website) is a retired natural nutritionist who earned advanced degrees in Nutrition and Holistic Health Sciences, Certification in Orthomolecular Theory and Practice, plus Paralegal Studies. Her work has been published in national and airline magazines since the early 1980s. Catherine authored numerous books on health issues along with co-authoring papers and monographs with physicians, nurses, and holistic healthcare professionals. She has been a consumer health ​issues researcher ​​and holistic health advocate since the late 1970s; she continues researching and writing in retirement. Her career in holistic healthcare began in the early 1970s when she had to save, and restructure, her life resulting from having “fallen through the allopathic medical paradigm cracks.”

Catherine has written numerous books. The following can be purchased on Amazon books:

Eat To Beat Disease, Foods Medicinal Qualities (2016)
Vaccination Voodoo, What YOU Don’t Know About Vaccines (2013)
A Cancer Answer, Holistic BREAST Cancer Management, A Guide to Effective & Non-Toxic Treatments(2012)
Our Chemical Lives And The Hijacking Of Our DNA, A Probe Into What’s Probably Making Us Sick (2009)
Lord, How Can I Make It Through Grieving My Loss, An Inspirational Guide Through the Grieving Process(2008)

Be Free and Independent! Get a free issue of Counter Markets today.