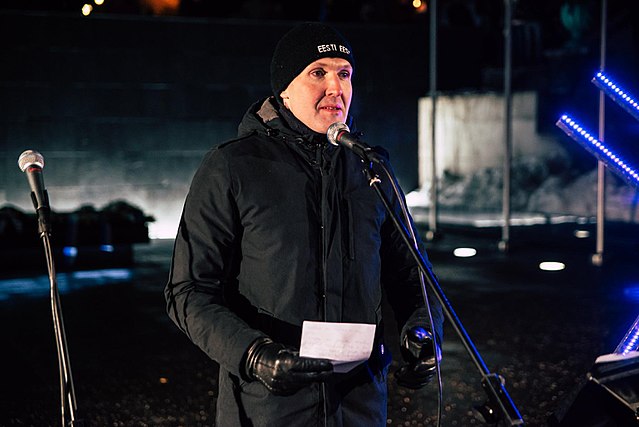 The leader of the Estonian Conservative People’s Party (EKRE), who recently joined a new coalition government in the Baltic country following a populist breakthrough in national elections, has vowed to oppose further centralisation in the European Union.

“I don’t see a reason for ‘ever closer union’ and I don’t support deeper integration in the EU in general,” said Martin Helme, who campaigned against Estonia’s accession to the bloc in the early 2000s.

“We should first do what we have agreed and not focus on finding new ways of integration or deepening integration,” added the 43-year-old, who serves as Minister of Finance in the new government, alongside EKRE chairman and founder Mart Helme — his father — as Minister of the Interior.

EKRE’s elevation to the Estonian government is another brick out of the wall for the so-called European project, aimed at gradually integrating the member-states of the European Union along federal lines, similar to the United States of America.

Left-neoliberal commentators experienced particular consternation when [Martin Helme and his father] threw up Trump-style “OK” hand signs when they were sworn into office — as much of the mainstream media have been successfully trolled into believing that it is a covert signal for “white power” by users of the 4chan image board.

“told Britain’s Financial Times he would continue to use the gesture as a sign of defiance to “left-wing radicals who want to hijack language.”

[Martin Helme] defended a previous statement that “What is racist in Europe nowadays is the replacement of indigenous people. That is pure racism,” as well as negative comments on African immigration which he said had been “taken out of context.”

“I am not a racist. People who refuse to participate in collective national suicide through immigration are labelled racist,” Helme insisted.

“We don’t want to be replaced in Estonia with foreigners,” he elaborated in another interview.

“[It] does not make any difference whether they are from Ukraine or from Nigeria… They are not Estonians.”

“People don’t like [the] European Union at all,” Helme said.”We are sovereigntists. We are against any attempts to take away power from the nation states.”

[…]”People who haven’t lived under the Soviet rule might not recognize the trends, but the trends are unmistakable.”

He said contemporary anti-hate speech laws were repressive. “People have been put into … prison in European Union for hate speech. … This is the same as it was in the … USSR.”

“They wanted to jail Marine Le Pen to an asylum, a lunatic bin, because she was saying the wrong things in public,” he offered as an example.

Helme also defended his criticism of the United Nations and his father’s fear of a world government.

“I think the entire history of the United Nations shows you that they are bent on taking power,” Helme said.