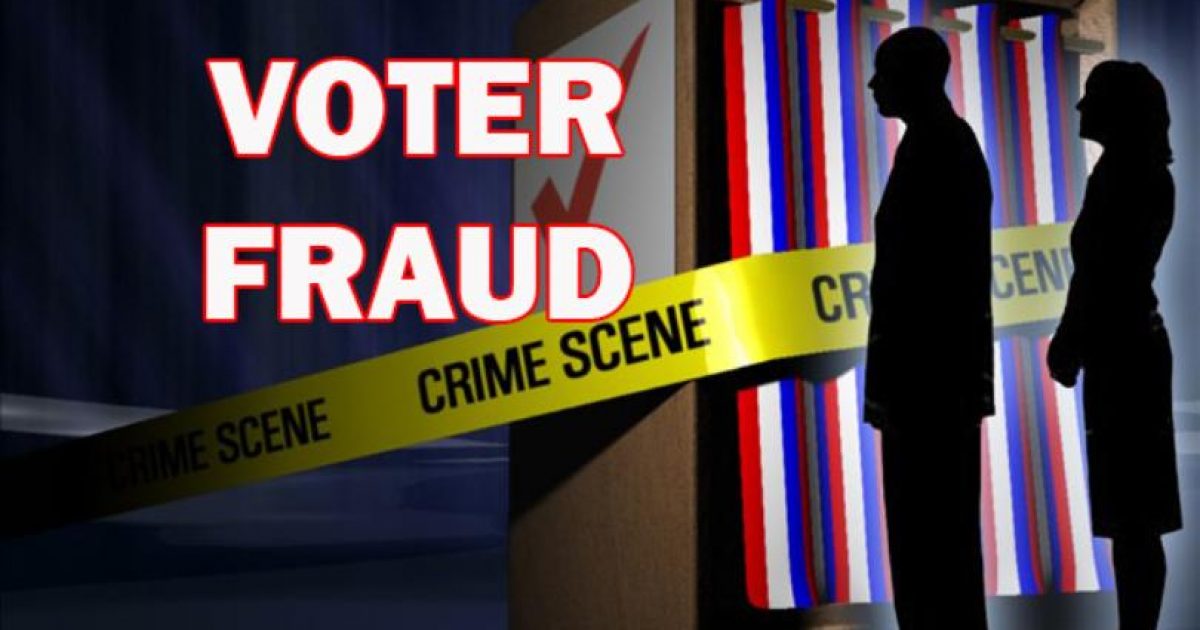 As a republic, the biggest threat the United States faces is massive voter fraud and manipulation in the 2020 general elections. Contrary to what the neo-Nazi, Socialist Left want us to believe, they are a small minority compared to the millions of voters who believe in the US as a sovereign, constitutional nation. Thus, in a fair election, President Trump and those who share his vision of America would literally blow out the upcoming elections with a landslide win.

Unfortunately, however, this did not happen in either the general elections in 2016 or the midterms in 2018. This did not happen because so many people support the Socialists.  It happened due to compromised ballots, millions of illegal aliens voting, people voting multiple times, dead people voting, and millions of fraudulent votes being brought in to precincts after the polls closed.

California is the dirtiest state in the union for voter fraud and manipulation, using every before mentioned illegal tactic they can muster up for Democrat wins. The state doesn’t have Representatives like Maxine Waters, Nancy Pelosi, Adam Schiff, and a lunatic Governor like Gavin Newsom because the majority of the population voted for them. The sole reason they are in office and keep their jobs for decades is dirty voting practices.

The biggest billboard advertising California’s blatant voter fraud in action was observed in the 2016 presidential elections when as soon as their polls closed, they announced Hillary Clinton as the winner. This occurred with less than 1% of the votes counted. This simply doesn’t happen in fair elections, but only those in totalitarian countries such as Iraq during the Saddam Hussein years.

On top of this, millions of absentee ballots and mail-in ballots were left uncounted, and millions remain uncounted to this day from 2016.

After the 2016 presidential election, it was reported that Orange County, California went Democrat for the first time in 80 years. It comes as no surprise since the demographics of the county as a whole and individual cities themselves show a mostly Hispanic population now. This is not due to so many Spanish-Americans moving to OC from across the country.  It is entirely because so many illegal aliens from Mexico and Central America have settled there.

Since the state automatically registers everyone to vote via their Motor Voter Law, the millions of illegal aliens in OC and the rest of the state are eligible to vote in all elections from the local level to the Federal level.

Thus, what we have here is a corrupt system of voting that places literally millions of fraudulent votes from illegal aliens, ballot harvesting in precincts where extra votes are needed to assure a Democrat win, and literally hiding and suppressing votes from citizens who voted against the ruling criminal Democrats.

The rest of the country, with the exception of New York, New Jersey, and Illinois, are not quite as corrupt as California in their voting process, but as each election goes by, more and more states are getting in on the fix.

During the last midterm elections, countless examples of election fraud and manipulation were reported in many states. From Miami-Dade County, Florida where it seems they pride themselves on being the Capitol of fraudulent election practices, to the lame Georgia governor race where Democrat Stacey Abrams tried every dirty trick in the book to overturn the win by Republican Brian Kemp. This time around, even smaller states like Arizona, New Mexico, and Mississippi got in on the voter fraud and manipulation movement.

United States elections became the dirtiest in the world during the Obama reign, especially in the years just before the 2016 presidential elections. Obama directed the Department of Homeland Security to directly influence elections across the country by having them hack into electronic ballots in several states. Georgia was just one state that caught them hacking their electronic ballots.

We, as a nation of laws, simply cannot continue to allow such dirty election practices to continue. We can start by demanding states like California be disqualified in all elections that affect the rest of the country until they can provide proof that their elections process has been cleaned up.

The president needs to sign an Executive Order requiring every state to have every voter provide a state or Federal photo ID before they can cast a vote. States who supply illegal aliens with drivers licenses would automatically disqualify themselves from participating in the voting process until the illegal practice is rectified.

We must implement term limits on every so-called elected official in Washington.  Three terms should be the absolute maximum anyone serves in Congress and the Senate.

We must get the corruption under control as soon as possible, or we will end up with blatant anti-Americans in office like Ilian Omar, Rashida Tlaib, and AOC.

These women did not get into public office by fair elections.  They were directed to run in the first place by Obama-inspired political activist groups. In the case of Ilian Omar and Rashida Tlaib, it was a Muslim demographic population that voted for them. Both the high concentration of Muslims in these areas, the direction to run for office, and the inspiration for these people to vote for them come entirely from Obama orchestrated political activist groups. The millions necessary in getting them elected comes entirely from George Soros.

AOC got where she is, not from American citizens wanting Socialism, but from Obama political activist organizations and Soros financing.

Before the general elections next year, the problem of state-sponsored voter fraud and the manipulation of electronic ballots must be resolved, or we will end up with a government full of individuals who rule over us, rather than represent us. We are currently in such a situation because we have ignored the fact that our elections are rigged.

The Socialist Left push to eliminate the Electoral College or have them vote with the popular vote.  This must not be allowed. Under this scenario, we permit the two most corrupt states in voter fraud to determine every president from that point on.

This must not be allowed.

Tony is an established writer with articles in over 20 publications of differing topics. He was Political Commentary Columnist for the Cimarron News Press in Cimarron, New Mexico from 2001 to 2003.
Tony was also a regular writer for several small coastal newspapers in Southern Oregon during the early 1990’s.
BOOKS: Aura Visions: The Origin Prophecy, Enviroclowns: The Climate Change Circus,  Strange Sounds: A Research Report