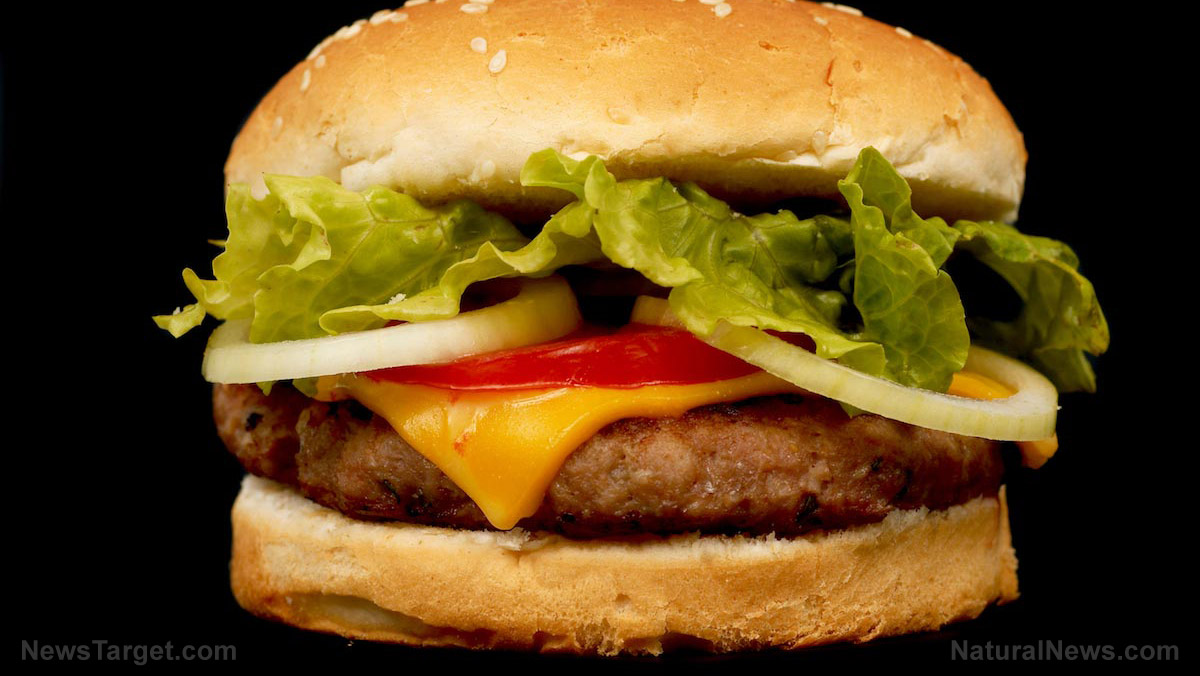 (Natural News) Climate-anxious media outlets are raving about a new artificial beef product known as “Impossible Burger” that, according to the company that manufactures it, has an 89 percent smaller “carbon footprint” than real beef. But are genetically-modified (GMO) soybeans that have been sprayed with toxic glyphosate (Roundup) really environmentally-friendly?

The reason we ask is this important question is because, in the “What are the Ingredients?” section of the Impossible Foods website, we see that the primary ingredient in Impossible Burger, besides water, is soy protein concentrate, a highly-refined, food-like substance derived from transgenic soybeans that, throughout their growing cycle, are drenched with a known cancer-causing herbicide. And further down on the ingredients list is soy protein isolate, which is just more of the same.

Now, we don’t know about you guys, but it seems just a tad bit deceptive to market this meat-alternative food product that’s made mostly from chemical-laden, laboratory-grown soybeans – most-likely owned and licensed by Monsanto, the world’s most evil corporation – as being “good” for the environment. There are many reasons why Impossible Foods isn’t being honest with its claims towards this end, not the least of which is the fact that GMO soybeans, which are more than likely the kind used in Impossible Burger, accumulate far more toxic glyphosate herbicide inside each bean than their non-GMO and organic counterparts.

We also know from science that Roundup, the herbicide that Monsanto created specifically to grow the types of GMO soybeans found in Impossible Burger, accumulates all throughout the environment as well, including in rivers, lakes, rainwater, and even the air that we all breathe.

Or how about the fact that, in order to supply companies like Impossible Foods with enough GMO soybeans to manufacture fake meat products like Impossible Burger, untold millions of acres of precious and irreplaceable rainforest land are having to be chopped down in order to make room for more massive, highly-polluting GMO soybean plantations? Do tell, how is any of this good for the environment?

These are among the many real issues that proponents of Impossible Burger and other hair-brained “plant-based foods” fail to recognize when they advocate for “saving the planet” by getting rid of all livestock – which, by the way, are actually good for the environment when they’re allowed to naturally forage on grass pastures as they were created to do.

Pasture-based animals, it turns out, not only help to fertilize soil and grasslands, but also contribute to the active sequestering of carbon dioxide (CO2) in that same soil, further completing the natural life cycle of this important part of our ecosystem.

None of this can be said for GMO soybeans and other “plant-based” cash crops, however, which do the exact opposite by harming the planet. There’s simply nothing good about dumping tens of millions of gallons of glyphosate all over the farm belt in order to produce disease-causing, imitation soybeans that, while they can be made to resemble real meat, are truly anything but.

We’re all being lied to, in other words, by phony environmental activists and all of their fake environmental claims, including the trendy one that livestock are somehow bad for people and the environment, while GMO soybeans covered in glyphosate are somehow good. In truth, if we just went back to doing things the way they were done before, we’d all be healthier, and so would our planet – no fake meat required.

For related news about the dangers of Monsanto’s glyphosate herbicide, be sure to visit Glyphosate.news and Roundup.news.