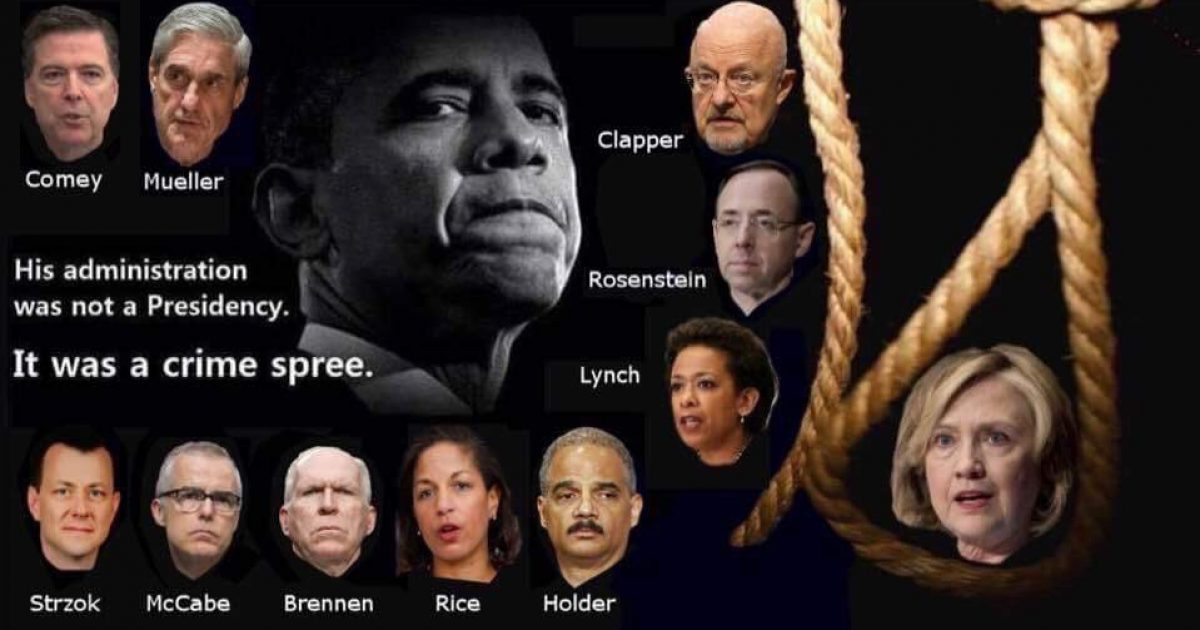 With President Trump ordering intelligence entities in every agency and department to fully cooperate with Attorney General Barr – and for Barr to declassify all relevant documentation regarding any clandestine information gathering and surveillance of politicos pursuant to law during the 2018 General Election, we have to ask some serious questions whose answers must transcend politics.

How is what the Obama Era FBI and DoJ executed during the 2018 Election – the illegal gathering of information against Americans for political purposes – any different than the crimes committed during Watergate; an event that brought down a presidency?

The illegal activities executed during Watergate included the bugging of the offices of political opponents and people of whom then-President Nixon and members of his inner-circle were suspicious. They illegally used the FBI, CIA, and IRS as political weapons.

Evidence is pointing to proof that during the 2018 General Election a select handful of Obama and Clinton loyalists (read: Progressive-Fascists) abused the intelligence and legal apparatuses to both manufacture false information and use it to fraudulently acquire FISA warrants to affect a political outcome.

In 1974, Democrats screamed about the disenfranchisement of the American people in the electoral process by nefarious forces in the Nixon Administration – and the President himself – and burned the question “What did the President know and when did he know it?” into American History.

Today, in the ominous shadow of a crime equal to or greater than those committed during Watergate, Democrats are not only seeking to overlook crimes; they are seeking to validate the attempted disenfranchisement of the American people. In any other matter that would reach a court in the United States, their actions would be tantamount to aiding and abetting a federal crime.

Again, Democrats have done zero governing since President Trump was elected. Everything they have done has been for the benefit of their political party.

It’s time to put government before politics. It is also time to punish those who do not.