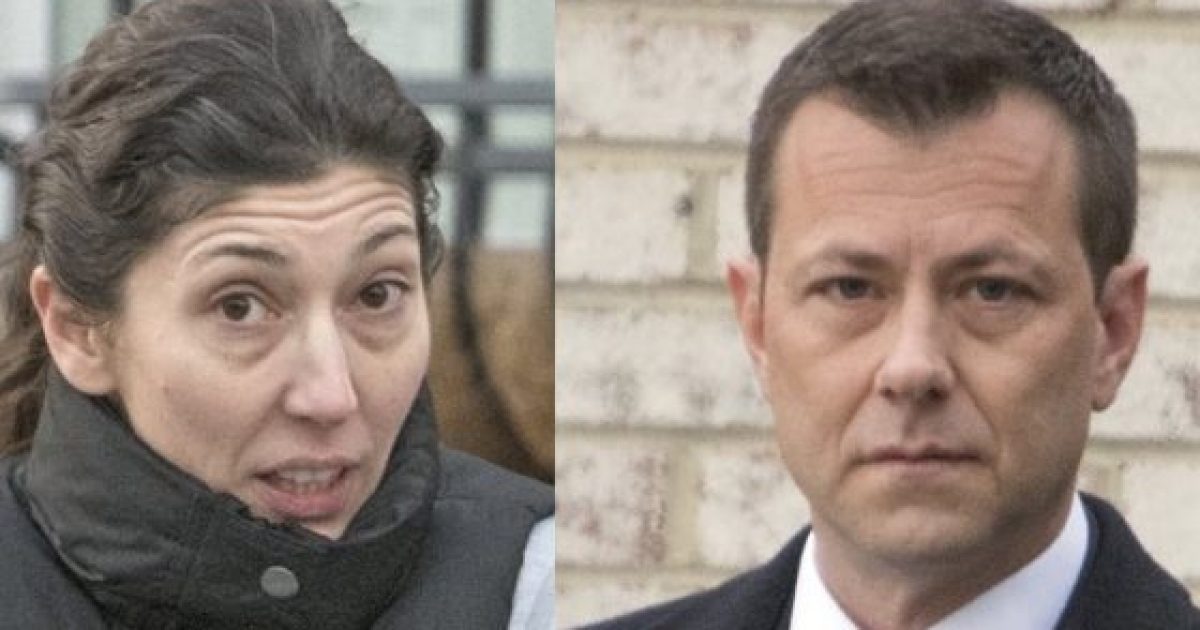 Today, sensationalistic rhetoric is cheap in American politics. There isn’t a day that goes by when the most outrageous words are used in completely opportunistic ways in attempts to hobble the political opposition. Just last week House Speaker Nancy Pelosi (P-CA), called for President Trump’s family and inner-circle to execute an “intervention”, a term used for interceding with drug addicts and alcoholics. And as sensationalistic as that sounds, other than feeding the Leftist mainstream media with ammunition to attract advertisers, the country yawned.

So, when someone actually calls out actions that are severe, criminal, and/or otherwise dangerous to the well-being of the nation it gets drowned out in the din of the disingenuous.

Such is the case with the very real and very serious observation leveled by US Rep. Liz Cheney (R-WY). In an interview with ABC News’ This Week Cheney said:

“I think what is really crucially important to remember here is that you had Strzok and Page who were in charge of launching this investigation and they were saying things like, ‘We must stop this president, we need an insurance policy against this president…In my view when you have people that are in the highest echelons of the law enforcement of this nation saying things like that, that sounds an awful lot like a coup – and it could well be treason and I think we need to know more.” (Emphasis mine)

“[T]he offense of attempting by overt acts to overthrow the government of the state to which the offender owes allegiance or to kill or personally injure the sovereign or the sovereign’s family.”

It can be successfully argued, as Rep. Cheney did in a cursory manner, that Strzok and Page – along with anyone else who was aware of or aided the process by which their intentions would become a reality – did commit an act of treason. While their actions before Mr. Trump’s inauguration do not apply, the Watergate-like cover-up to which they were integrally a part in the time since Mr. Trump became President certainly do apply.

The statements, “We must stop this president” and “We need an insurance policy against this president”, coupled with their willing use of information they knew to be false and/or created to effect an adverse political effect against a sitting President more than self-implicate in an act of treason. While no assassination was contemplated, the illegitimate removal of a duly elected President of the United States was attempted. This is the very definition of treason.

Trying to overturn the election of a President not only disenfranchises the American people of the Constitutional right to elect their leader, it “adheres to their enemies.”

It wasn’t too long ago (just before the George W. Bush Administration) that words like “liar”, “Nazi”, “racist”, “xenophobe”, “impeachment”, etc. were rarely used. The very use of these words was reserved for very serious circumstances with very real implications. Thanks to the ginned-up fake-outrage facilitated by the leaders of the Progressive-Fascist movement here in the United States, the electorate has become numb to these words, even when they apply to a crime such as treason executed at the hand of those sworn to guard against it.

Let us all hope that Rep. Cheney’s words rise above the din of the mainstream media’s sensationalistic disingenuousness. The crimes that the Progressive-Fascists hope you do not pay attention to are real, and they must be investigated and punished.