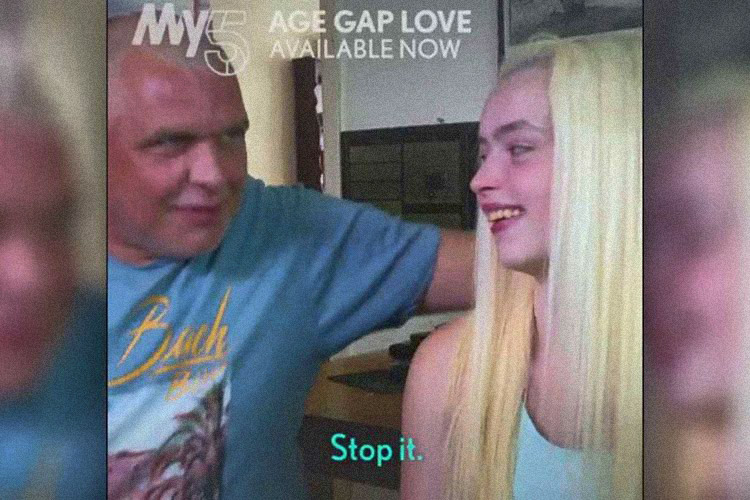 Last year, TFTP reported how a disturbing push was made to attempt to normalize pedophilia as a mainstream “sexual orientation.” The move involved pedophiles rebranding themselves as “Minor Attracted Persons,” with the hope that they will be accepted as part of the LGBT community. It was somewhat effective as multiple outlets reported it like it was okay. While this incident was extremely disturbing, even more worrisome is that this normalization appears to be spreading. Now, mainstream media is accused of promoting pedophilia by referring to it as “age-gap love” in a reality show.

In one of the most disturbing moments we’ve ever seen promoted on television, the UK’s Channel 5 — which is owned by the media leviathan, Viacom — is promoting the relationship between a 16-year-old girl and a 44-year-old man. Instead of calling this what it is, the television network called it age-gap love.

While the legal age of consent in the UK is 16, the program admits that the affection Andy had toward his child wife Beth began well before this age.

“Originally a friend of her Mum and over the years became close to her children too,” the program says as innocent music plays in the background as if this sort of thing is entirely acceptable.

“But once she reached the age of 16, he decided to give this controversial relationship a go,” it continues. What this actually means is that Andy had been attracted to Beth well before her legal age of consent and only after he could no longer go to jail for it, he became public with his sick desires.

“The woman is 19 in the video. If they’d met for the first time when she was 19, it would be weird but not criminal or evil. But he knew her since a child and they started “dating” when she was 16. That’s called grooming and abuse. Dude is a pedophile. This is horrific,” writer Matt Walsh pointed out.

"16-44… It's a big gap." But this didn't stop Andy and Beth from giving #AgeGapLove a go. pic.twitter.com/3pAgLVRgPE

One Twitter user pointed out that the aforementioned details of how Andy met Beth are actually illegal under the Sexual Offences Act 2003, sections 27(3) and (4):

Others agreed as to how this man has likely been grooming Beth her whole childhood to have her accept this relationship as normal. After all, most pedophiles are friends of the family or family members, or have trusted roles in the child’s life.

“This is appalling @channel5_tv. This a unhealthy relationship between an adult and a child. It’s grooming, not a cute hashtag,” another Twitter user wrote.

Adding to the sick nature of this show is the fact that the Viacom subsidiary has been running this show for five years and this was just to promote a follow up on the already sick relationship.

“There’s a follow up to this show coming in a week or two called “Age Gap Love: 5 years on – Did it last?” I guess this clip was a promo to get people interested in that. This episode was originally aired in 2014. So the bad ideas have kept on coming for the last 5 f**king years!” writes an angery Twitter user.

The corporate mainstream media is, without a doubt, the most sophisticated propaganda operation in the history of humankind, according to political philosopher Noam Chomsky, author of Manufacturing Consent: The Political Economy of Mass Media.

The mainstream media works diligently to alter and shape our perceptions and values. It seems clear that the propagandists are attempting to engineer a society that is accepting of pedophilia as a normalized behavior.

Both Elijah Wood and Corey Feldman have publicly discussed the fact that Hollywood is a den of pedophilia – noting that numerous powerful moguls and others within the Hollywood scene prey on the vulnerable like “vultures.”

Revealing exactly how the normalization propaganda operates, the New York Times published an op-ed proclaiming that pedophilia is “not a crime” – instead sympathetically characterizing pedophilia as a “disorder” that “these people [pedophiles] are living with.”

The sell is that people who rape, or who fantasize about exploiting or raping children are portrayed as victims living with a condition that they have little choice over. The article goes on to insert tidbits about “recent studies,” which is an appeal to authority meant to imply that the author’s normalization agenda is backed by science.

Thus, claims such as: “Men with pedophilia are three times more likely to be left-handed or ambidextrous, a finding that strongly suggests a neurological cause,” leaving readers to discern the credibility of the author’s opinion based on an unprofessional interpretation of the actual study.

Essentially, the idea being forwarded is that people who want to have sexual relations with children are suffering from a “disorder,” and thus are not subject to a moral evaluation, but instead are in need of compassion. The idea that pedophilia is a “condition,” rather than an internal mental process involving desires and attitudes, leaves the pedophile blameless.

Now, as this terrifying show on a Viacom network illustrates, we are being told that pedophiles should not only be blameless—but glorified. A disgusting precedent indeed.

**This article (Mainstream Media Normalizing Pedophilia in Reality Show, Calling it “Age Gap Love”) was originally featured at The Free Thought Project and is re-posted here with permission.**