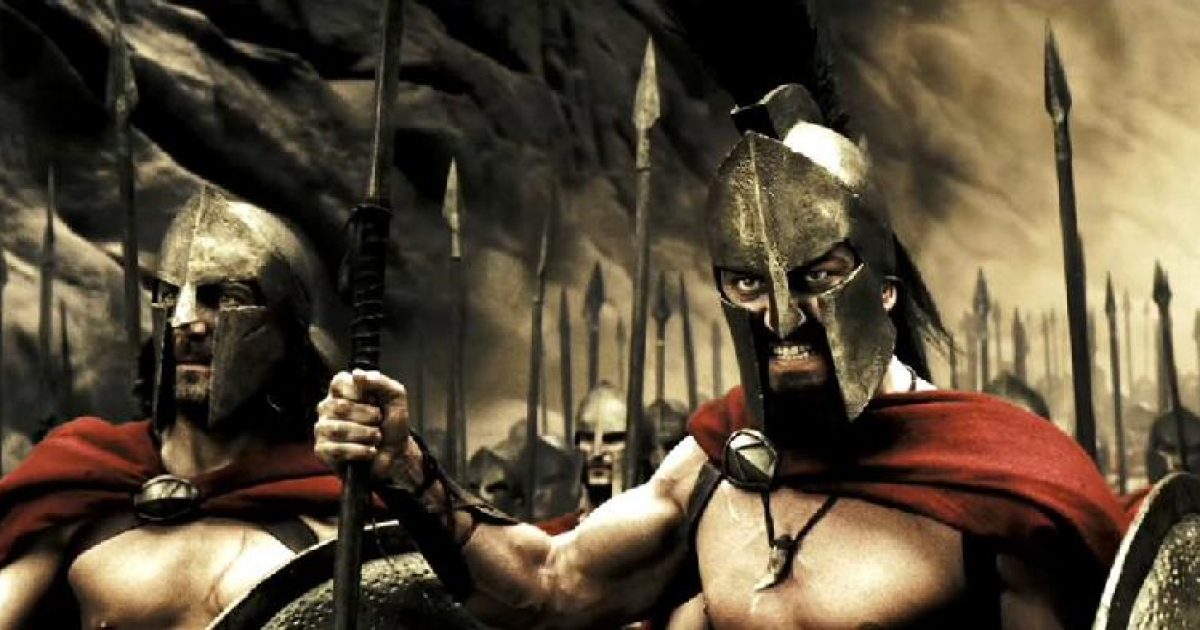 Lex non favet delicatorum votis – The law favors not the wishes of the dainty.  From our ancient Latin, Common Law heritage.

I wrote the article on us refusing to back down at Bundys Ranch, as we looked at scores of guns pointed at us, as an example to our GOP leaders.

6,000 years of recorded history is a constant repeat of good (Bundys) V. evil (Feds of the BLM).   The Americans who rallied to protect the Bundys from the abuse of the Feds followed all the laws of America and saved the Bundy family from the evil attacking Feds – by not backing down, not being dainty.

Three hundred Spartans with 5,000 Greek soldiers fought to the death against Xerxes’ army of at least 300,000 Herodotus estimated 1.7 million.  The Greeks did not back down, they were not dainty.

The Jewish army of King Saul stood its ground against Goliath.  Not cowards.  They stood their ground, they did not flee, they held Goliath and his Philistines in check.  David showed up, prayed a bit, criticized Goliath’s male organ, “Who is this uncircumcised Philistine,” and killed him.  The Jews did not back down, they were not dainty.

Hanukkah began because an angry old Jewish guy, Mattathias Maccabeus killed a Hellenistic Jew obeying the king of the Greeks, Antiochus Epiphanes’ order to sacrifice a pig on the altar of Zeus.   History was changed as the God of Jesus worked to set the stage of our Biblical American Heritage.  The Jews did not back down, they were not dainty.

This heritage is confirmed in our US Constitution with the phrase, The Law of Nations ending Article 1, Section 8, and Clause 10 – The Law of Nations at that time was universally accepted through the writings of the Father of International law, Hugo Grotius to be based on the 10 Commandments.   This is found in the hymn with “to the shores of Tripoli,” when a small group of Marines did the impossible defeating the Muslim Grandfathers of ISIS at the Battle of Derna, April 27, 1805.  They are memorialized in the US Marine Corps Hymn.  They did not back down, they were not dainty.

Read the people of San Francisco, the Vigilantes, who operated perfectly legal and in accordance with our American heritage to save themselves from tyrants who abused democracy and manipulated San Francisco so they could get rich.  Our citizens of San Francisco did not back down, they were not dainty.

America became America and stayed America as long as the Freedom Loving Citizens did not back down and were not dainty against Deep State type tyrants who always seek crooked, devious violent ways to destroy the liberties of We The People.  We of this American heritage are few and merely a blip of time in the  6,000 years of recorded history of Malum in Se, evil exists, as Tyrants ceaselessly seek out and enslave people who love liberty.

We have many, many articulate voices opposing the Deep State Swampsters, but in the end: thanks for your never-ending screeches … but …  it will be those of us who do not back down, who are not dainty who will save America from these evil tyrants.  If we do only talk, if we do back down, if we do become dainty – evil will prevail.

Steve’s enemies describe him best: STEVE KLEIN – SPITEFUL CRUSADER WHO MOCKED RASŪLULLĀH — From ISIS’ U.S. Magazine, Dabiq 7, see page 59. – I am pleased ISIS noted my efforts: ISIS TELLS IT BEST – they published my photo to have me killed. As an 18/19 year old Marine Corporal in Viet Nam, I led a team of US Marines and 2 platoons of Vietnamese Militia – first hand, front lines, I survived the North Vietnamese Army which literally surrounded my little group of warriors. I became a USMC officer. Years later, General “Maddog” Mattis heard of me and as he wanted to have a similar program as I led in Viet Nam, in Iraq, his staff hired me after I briefed his First Marine Expeditionary Force Senior Officers going to Falluja II. Colonels Tom Latsko and Ken Hopper will confirm this. After the World Trade Center was blown up – I used my skills to find a number of Terrorist Cells in America – including a San Diego man, who coordinated the 19 Muslims who flew into the WTC. I have a number of recorded TV Videos at www.whatdidmodo.com I have been married once for 49 years – I have 2 successful adult children, one was suicide bombed and shot up in Iraq, became an Army officer and then led a CIA team in Afghanistan, retiring as a Captain. My daughter and her husband teach the children of ambassadors overseas. I have 5 grandchildren. (My DD214s and other proof of what I did and do is available.)