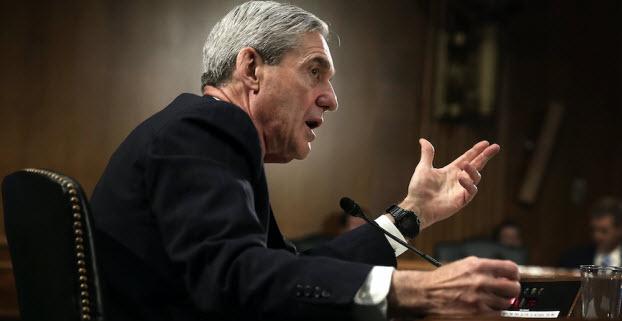 (Natural News) Earlier this week, former special counsel Robert Mueller appeared before reporters during a very unorthodox press conference at the Justice Department to insinuate that POTUS Donald Trump is guilty of obstructing justice despite the fact that he has not been charged with such a crime.

In laying out essentially the same things revealed in his highly partisan and equally non-committal report to the DoJ regarding his “Russian collusion” witch hunt, Mueller claimed that if he and his 19 Democrat-donor prosecutors really thought the president was ‘innocent,’ “we would have said so.”

Well, of course majority Democrats in the House interpreted Mueller’s statement precisely the way he wanted them to: That POTUS really is guilty of a crime but because Mueller ‘can’t indict a sitting president’ under current Justice Department rules, Congress must exercise its authority and impeach.

After impugning the president — again — Mueller then pronounced that he won’t make himself available to testify before Congress because he doesn’t have anything else to say other that what’s in his report. (Related: Alan Dershowitz is having Mueller buy-in remorse: ‘I was wrong about him, he’s a hack.’)

But, according to talk radio giant and constitutional expert Mark Levin, the entire Mueller appearance was “orchestrated” by House Democrats and as such, now the Republican-controlled Senate must call him in to testify because there are so many questions regarding his investigation that he should be required to answer.

Levin then challenged Mueller’s entire premise behind the press conference, as well as Democrats’ sudden non-interest in getting Mueller to appear before various House committees as they demanded after his report, released in March, found ‘no collusion’ with Russia, either.

So many questions for Mueller

“The answer is there were no crimes, he had no case, there was no probable cause, and by Mueller writing Volume II and giving his little spiel today, he was very feeble. … This is not a man who would do well under seven, eight, nine hours of questioning, with the Republicans honing in on so many issues,” said Levin.

Some of those questions could, and likely would, include:

— When did Mueller know the collusion allegation was false? If he knew early on and wasn’t yet finished with his entire probe, why didn’t he come out in public and say so, since the president has been embroiled in that particular allegation before he even took office?

— Why weren’t Hillary Clinton’s connections to Russia, through her campaign and via the infamous Steele dossier, looked into? Why has she not been questioned in relation to that dossier, which we know was used by James Comey’s FBI to get a warrant to spy on a member of the Trump campaign?

— When did Mueller learn that the Steele Dossier was nothing more than a bogus piece of political opposition research, never corroborated?

— What led Mueller to conclude there wasn’t enough evidence to support a charge of obstruction?

Democrats in the House aren’t interested now, however, in Mueller’s testimony. That’s why, Levin said, Senate Republicans must demand that Mueller appear before their committees or suffer legal consequences for failing to do so.

“You ask him the questions … you ask for documents, you ask for emails, you give Mueller the Trump treatment and let’s see how that ends,” he said.