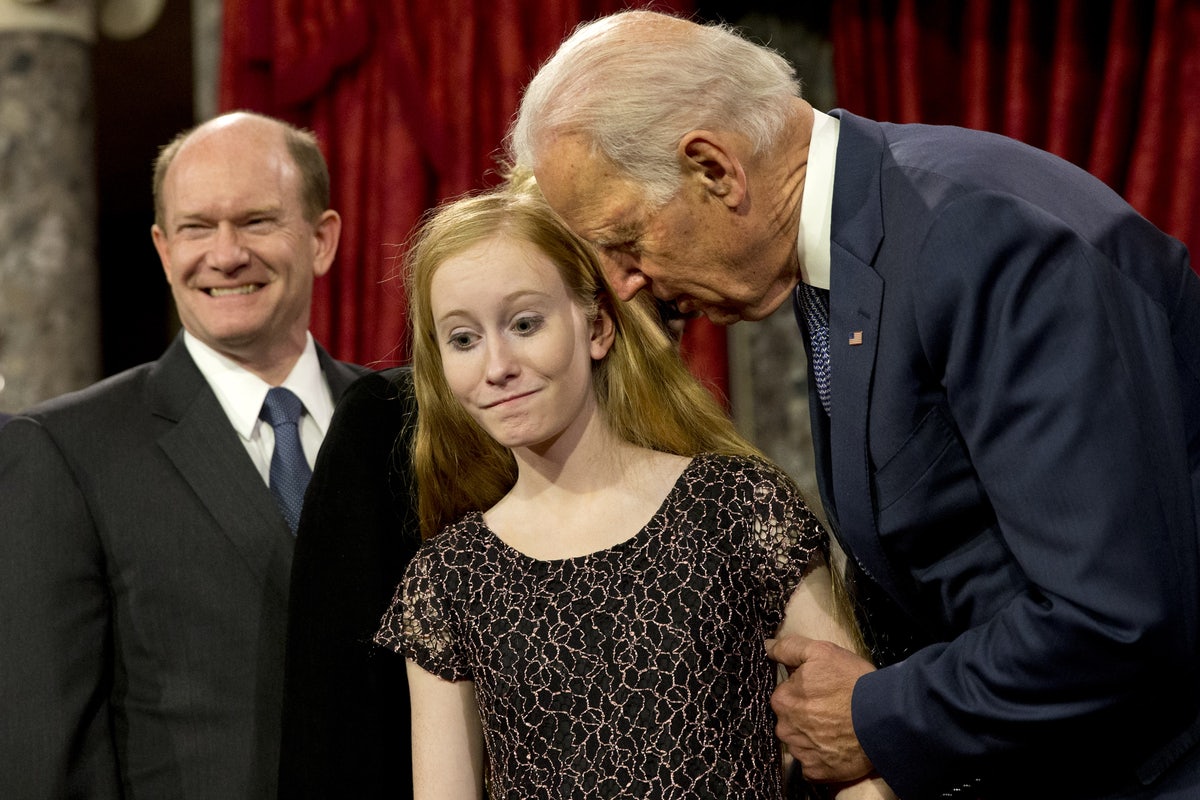 From the now likely candidate of the party of slavery. How fitting.

Just as Biden Soars Past Other 2020 Candidates, Unearthed ‘Negro’ Speech Threatens To Shut Him Down

Former Vice President Joe Biden has accumulated a lead in the 2020 Democrat polls sufficient enough to officially qualify for frontrunner status. This is pretty impressive when you consider the amount of baggage he had to drag along in order to get himself there.

There were the repeated accusations that he inappropriately touched females.

There were the gaffes he made during his previous campaigns, including plagiarism and the infamous remark about how “you cannot go to a 7-Eleven or a Dunkin’ Donuts unless you have a slight Indian accent.”

Well, you can add one more remark from the 1970s to the pile of baggage, and this one might be heavy enough to stop that Joe-mentum dead in its tracks.

In a recently released book by Ryan Grim — a contributor to both The Young Turks and The Intercept — it was revealed that Biden gave a 1973 speech in Cleveland in which he talked about how the two-party system was “good for the Negro.”

The title of Grim’s book, “We’ve Got People: From Jesse Jackson to AOC, the End of Big Money and the Rise of a Movement,” is pretty self-explanatory if you’re wondering what you can expect in terms of content. However, what it’ll be remembered for is probably one very problematic passage for the current Democrat frontrunner found on page 33.

“In 1973, during a speech at the City Club in Cleveland, Biden told an audience that the Nixon-era resurgence of Republicans in the South was a good thing,” Grim writes. “‘I think the two-party system,’ he said, ‘although my Democratic colleagues won’t like me saying this, is good for the South and good for the Negro, good for the black in the South.’”

“Don’t @ me with ‘out of context,’ cuz I’ve got 401 pages of context here,” Grim said in a Thursday tweet, linking to the homepage for the book and highlighting Biden’s comment.

Here’s current Democratic frontrunner Joe Biden, speaking in the 1970s about how “the two-party system is good for the South and good for the Negro.” Don’t @ me with “out of context,” cuz I’ve got 401 pages of context here: https://t.co/zq9LpYCyv0pic.twitter.com/0N1OmWZVkb

You can listen to the audio of the speech here.

This is a problem for the obvious reasons: Telling the “negro” what was good for them doesn’t play well now, but it didn’t play particularly well then, either. Even in 1973, this probably compelled more than a few eyebrows at the City Club to involuntarily raise.

There are also less obvious reasons this is double-plus-ungood for Biden. It’s become an unchallenged part of Democrat lore that the reason the South turned Republican was that Richard Nixon was a cynical racist whose “Southern strategy” managed to flip those states below the Mason-Dixon and put them into the GOP column.

Forget whether or not this is actually true (spoiler alert: no). I’m not sure what else is in that “401 pages of context” Grim has for us, but from just that quote, you could realistically extrapolate that Biden is speaking in favor of the Southern strategy, arguing that it’s “good for the Negro, good for the black in the South.”

While you might not make that argument, there are currently 23 other Democrats not named Joe Biden in the 2020 presidential race. The closest one to Biden in a recent Harvard CAPS/Harris Poll survey, released Friday by The Hill, is 19 points behind him. Do you think that perhaps a few of these Democrats, watching the former vice president’s lead expand and their chances shrink, might be inclined to make this an issue?

There were certainly plenty of conservatives on Twitter who were willing to make it an issue:

Biden 1973 not a fan of reparations: “I don’t feel responsible for the sins of my father and grandfather … And I’ll be damned if I feel responsible to pay for what happened 300 years ago.”https://t.co/TcQfv3cdmb

OMG!!!Book: Biden in 1973 Lectured Cleveland on What Is ‘Good for the Negro‘ https://t.co/2eYtf2hMO6 via @BreitbartNews

This is the Democrat frontrunner—Referring to African-Americans as “the Negro”?

RT so the media can’t ignore!

And by the way, as you might have sussed out from Charlie Spiering’s quote above, this is not the first time that Biden has said something particularly cretinous regarding race.

When he first arrived in the Senate back in the 1970s, Biden was a vehement opponent of racial busing to achieve school desegregation. This, in and of itself, wasn’t an unusual or incriminatory thing. His quotes regarding why he was opposed to busing, however, don’t exactly play well in 2019.

After those quotes were unearthed by The Washington Post, letters revealed he had worked closely with Mississippi Democrat Sen. James Eastland — a notorious segregationist who referred to blacks as “an inferior race” — on the busing issue.

Biden’s hard-line stance on criminal justice back in the 1990s has presented yet another issue for him on the race front.

Then there was the fact that he was apparently considering putting a fig-leaf over all of this by the pathetic sop-throw of offering the running mate spot to Stacey Abrams — the African-American loser in last year’s Georgia gubernatorial election and cause célèbre among Democrats — before he had even entered the race. (To her credit, Abrams very publicly declined.)

And then there were his comments during the 2008 election cycle. Asked about his chances against a Southern Democrat during a 2007 appearance on Fox News, Biden said, “You don’t know my state. My state was a slave state. My state is a border state. My state has the eighth-largest black population in the country.”

Because apparently being from a slave state confers an advantage upon a candidate in the South, according to Biden.

And then there was his assessment of Barack Obama before he was Obama’s running mate: “I mean, you got the first mainstream African-American who is articulate and bright and clean and a nice-looking guy.”

The scab somehow seemed to have formed over all of those scrapes. Now, Ryan Grim has ripped it off. We’ll see how much support he ends up bleeding for stupidly deigning to ever give his advice regarding what was “good for the Negro, good for the black in the South.”

I can say one thing with certainty, though: Biden just got a whole lot more baggage to drag, especially if he wants to be the nominee of a party that wants to paint President Trump and the Republicans as racists.