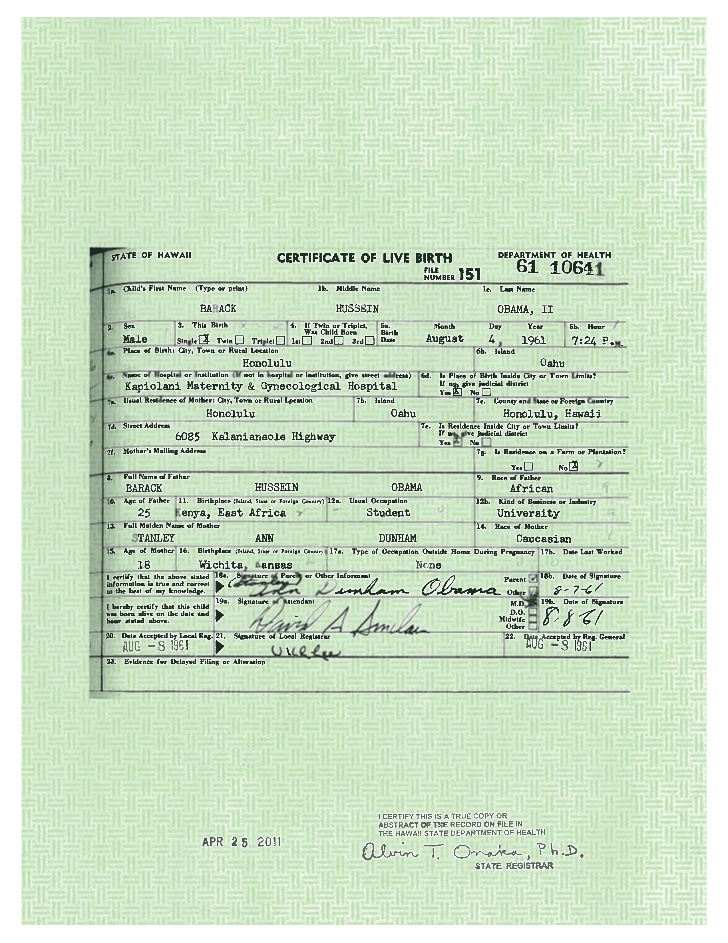 This is one of the biggest fraud cases in our history and no one wants to touch it with a ten-foot pole, except those of us who actually want to know the truth, and people like former Maricopa County Sheriff Joe Arpaio.  The fraudulent documents from the usurper of the White House for eight years, Barack Hussein Obama Soetoro Sobarkah, are forgeries and fakes, according to Arpaio’s Cold Case Posse.  However, CNN actually brought Arpaio on and when Arpaio invited them down to his office to look at the massive amount of evidence that Obama put out a “fake phony birth certificate,” neither CNN nor anyone in the media took him up on his offer.

The fraudulent document was uploaded to the White House after then citizen Donald Trump played the part of calling out Obama on his birth certificate and offered a tremendous about of money, $50 million, to show his college records, and author Jerome Corsi

was set to release a book on the subject.

Here’s the forged document that was uploaded by the Obama administration and touted as authentic even though the myriad of evidence, not just from Arpaio, but even from Israeli science, proved otherwise. 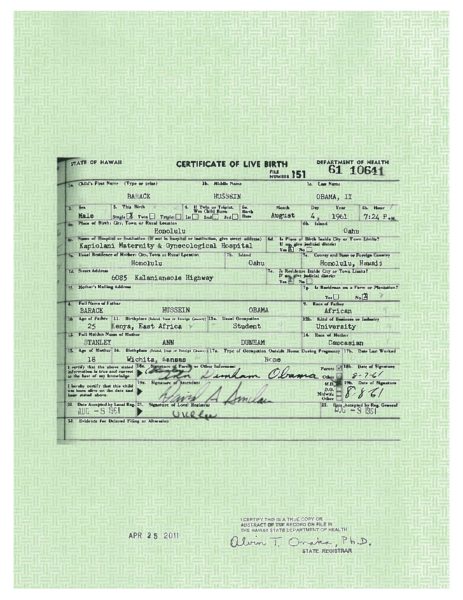 Appearing on CNN with Communist Chris Cuomo, Arpaio said, “…we have the evidence and nobody will talk about it — nobody will look at it.  Anytime you want to come down or anybody we will be glad to show you the evidence and by the way, you are going to hear more about this fake phony birth certificate.”

However, because CNN is the least trusted name in news and for many, many good reasons, they wouldn’t take Arpaio up on his offer, and neither did anyone else in the media.

I continue to point out that there is enough evidence here to indict Obama over his fraud.  It would be considered treasonous in other times what he, Democrats and I would even say many Republicans allowed to be perpetrated on the American people.

It’s also quite possible that the CIA had a hand in forging the document, even though it wasn’t very good.

Of course, it’s not just his birth certificate that is a fraud, but also his Social Security number, Selective Service registration, and the reality is that if Obama had to get a job at McDonald’s, he couldn’t even pass E-Verify to do that.

Barack Hussein Obama Soetoro Sobarkah is a criminal and the man who promised America justice continues to let those from his administration walk free and be free to attack him.  Think about the reversal of all that was unconstitutional during Obama’s usurpation if only someone had some guts to see justice through to the end.