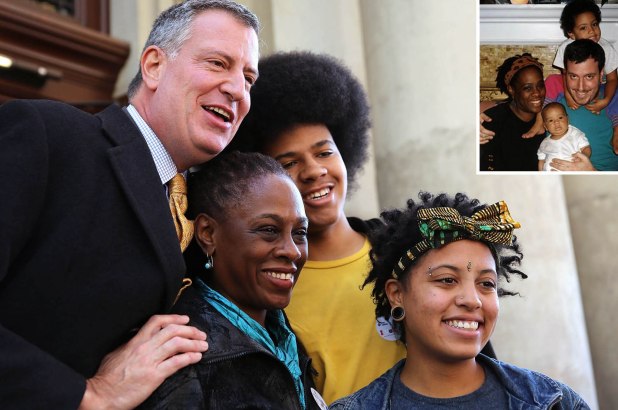 The mainstream media in America can not be trusted, Period.

I noticed an article from The Daily Mail (UK) trending on Voat this evening and was shocked to learn that the story is actually months old, and not shocked to find that only a handful of conservative sites covered the story. It seems that Mayor Bill de Blasio’s wife (Chirlane McCray) headed a taxpayer funded project called ThriveNYC and now she can not, or will not, account for $850 million in taxpayer money.

From The Daily Mail (published in early March):

Bill de Blasio’s wife Chirlane McCray cannot explain where $850million given to the mental health program she champions has gone, according to reports.

In the three years it has been running, organizers at ThriveNYC have largely failed to keep records of the initiative’s achievements – and data that has been collected shows it lagging well behind targets.

Despite that, the program has been granted an even bigger budget going forward and is now on track to spend $1billion over five years.

According to Red State:

Chirlane McCray, New York City Mayor Bill de Blasio’s wife, was entrusted in 2015 with running a new initiative in the city called ThriveNYC, a program that attempted to address issues of homelessness, substance use, depression and suicide, all centered around mental health and with a price tag of $250 million per year in tax payer dollars.

Now, four years later, there are serious concerns and calls for official inquiries into the program because no one can determine if it’s actually been successful. What’s more, due to a general opaqueness when it comes to the program’s budget, ThriveNYC has apparently left that nearly $900 million unaccounted for.

A report from Politico back in February gently sounded the alarm — the piece almost apologetically mentioned that Thrive NYC was headed for a “reset” — but calls for transparency have increased in the last week after Thrive was unable in late February to tell City Council members how the money was being spent.

Seriously? $850 million tax payer dollars and no one is able to give the taxpayers an account of how their money is being spent. That sounds a bit suspicious to me.

According to David J Harris Jr.’s website “POLITICO spoke to more than 16 people, including elected officials, advocates, representatives of community organizations, researchers and consultants who said that although it is crucial for the city to invest in mental health resources, they did not know whether Thrive was successful and said the city has an obligation to publicize its numbers and how it compares to the goals it set out to accomplish. Some requested anonymity for fear of retaliation while others were more vocal in their critiques.

Run by the mayor’s wife and closest adviser, Chirlane McCray, ThriveNYC sought to tackle issues like substance use, depression and suicide. It is meant to target low-income individuals who are often priced out of mental health care because those services are typically not covered by insurance. Thrive also is meant to focus on communities — African Americans, Latinos, military veterans — who are less likely to seek care for mental health problems…

The City Hall budget shows $594 million in spending since ThriveNYC’s inception. The IBO budget shows $816 million. Both City Hall and IBO suspect the Office of Management and Budget included fewer programs in the City Hall version, accounting for the difference. But the budget discrepancies illustrate the difficulty in tracking Thrive.”

Would anyone put it past de Blasio and McCray to find a way to misdirect some of that money?

When record keeping is lacking and politicians are involved, it normally means that any missing money is not going to be found and probably ended up in those politicians pockets.

Conservative news sources and websites need to be raising hell about this situation, but so far as I can tell very few have even reported it.

How can one accept $850 million from taxpayers and not be able to account for how it is being spent?

Wake up America, this stuff is happening often and everywhere.

The story did make Tucker’s radar. Thank God for Tucker Carlson. Without him, I wouldn’t even pay attention to anything at Fox News. Fox is leaning further left every damn day. America is in serious trouble folks.