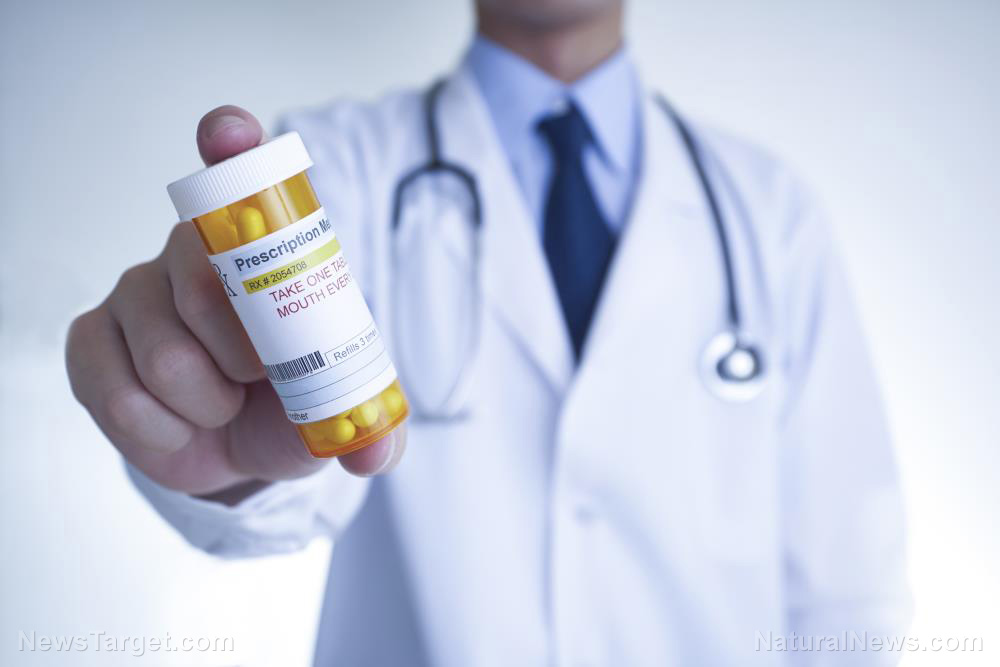 (Natural News) There are lots of reasons you might want to avoid taking mood medications. Antidepressants, for example, not only have a pretty poor track record when it comes to effectiveness, but they also come with a concerning list of side effects. Now, another type of mood medication is in the spotlight after making a teenager’s skin fall off.

Fourteen-year-old Ashley Silverman was prescribed a drug called Lamictal (lamotrigine) by a psychiatrist to keep her mood swings under control. The drug is meant to treat bipolar disorder as well as seizures and epilepsy.

Silverman said she thought her mood swings were just part of teenage life and was not expecting medication, but a school counselor referred her to a clinic that prescribed her the drug. Although it bears a black box FDA warning due to potentially fatal side effects, the clinic somehow felt the need to give the young woman this deadly medication.

After taking it for about two weeks, her face was covered with a red rash. This was followed by headaches and a high fever, which she mistook for the flu. Soon after, the rash spread down her neck and chest and began to bubble. Unable to move and see, the teen thought she was going to die.

At first, doctors couldn’t figure out what was wrong with her, but she was eventually diagnosed with Stevens-Johnson syndrome, a reaction to the medication that soon left her fighting for her life. According to the National Institutes of Health, the illness is normally triggered by medication and can cause skin tissue to die and then detach. It starts out appearing like the flu before a rash forms and blisters.

In addition to lamotrigine, it can also be spurred by meds for seizures such as phenytoin and carbamazepine. It can lead to complications such as sepsis, organ failure and pneumonia, and around 10 percent of people who get this condition die from it.

After several weeks in the hospital, she finally began to improve and is now home. She spent two weeks in the burn unit and her father said the doctors there saved her life. It could take her as long as a year to recover fully, and she still suffers from discoloration on her skin. The psychiatrist who gave her the medication, which is not intended for young people, reportedly visited her in the hospital and took responsibility for the incident.

Be vigilant about medications

The trauma that this young woman and her family endured is hard to imagine, but this story could have had a much more tragic ending. Now her father is warning parents that they need to research the drugs that doctors give their kids very carefully, even if they insist it’s safe, rather than blindly following their advice.

It’s a warning that the parents of all teens who are prescribed mood medications should heed, particularly antidepressants. While they might not pose the risk of Stevens-Johnson syndrome associated with lamictal, many antidepressants bear a similar black box FDA warning about a far more serious problem: the higher risk of suicidal feelings, thinking and behavior that these drugs cause in young people.

Mood medications should not be taken lightly, and just because a doctor prescribed it does not mean it is safe. Parents should perform due diligence in researching everything their children put into their bodies, and they should also consider safer alternatives that can help address problems like depression and anxiety, such as exercise, yoga, meditation, and a healthy diet.