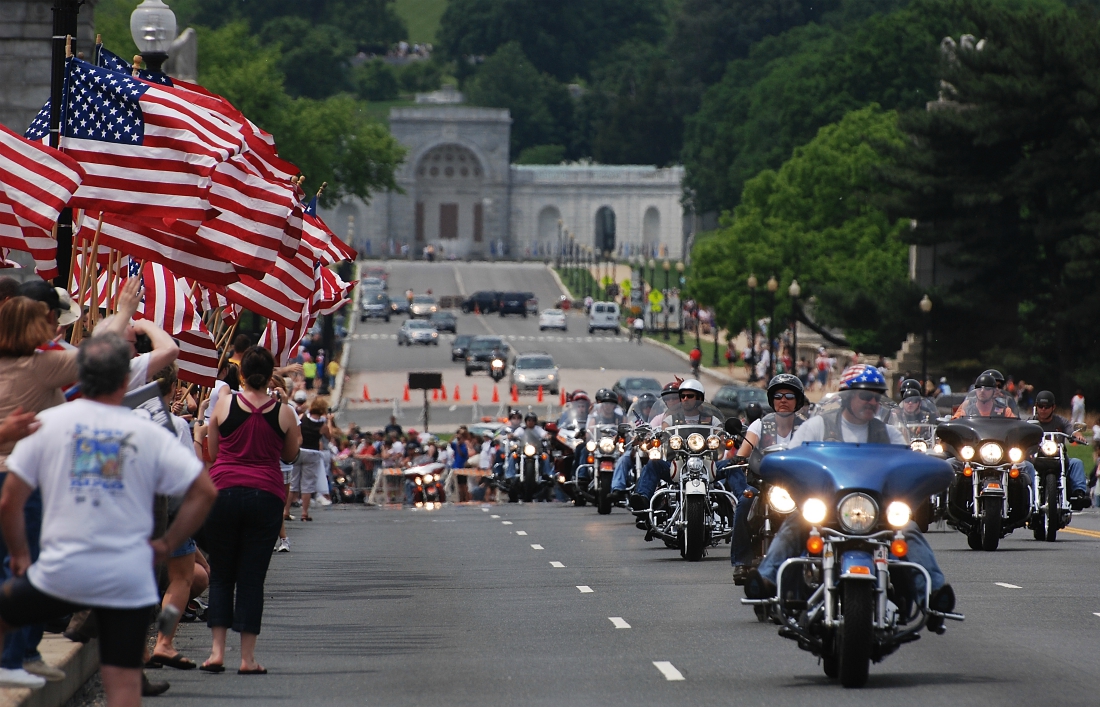 (Natural News) Supporters of POTUS Donald Trump have stuck with him through thick and thin but are increasingly fed up with the way he’s been treated by the deep state and by anti-American Democrats in Congress.

So they’re standing up and saying ‘enough is enough.’

That includes members of Rolling Thunder, an advocacy group seeking to bring about full accountability for prisoners of war and missing in action service members of all U.S. wars.

In fact, the group’s co-founder, Vietnam vet Artie Muller, 74, said his organization of a half-million-plus riders, most of whom are military vets and who have traveled to Washington, D.C., on each Memorial Day since 1987, says members will once again besiege the nation’s capital if “arrogant little b**ch” House Speaker Nancy Pelosi (D-Calif.) tries to impeach the president.

As reported by the U.K.’s Daily Mail:

The ‘Rolling Thunder’ ride draws more than 500,000 riders, largely military veterans, each Memorial Day, but next year Americans will see multiple local events instead of one giant demonstration that snarls traffic and would bring the nation’s capital to a standstill if it weren’t held on a holiday.

That could change, however, depending on what Pelosi does.

Muller, in a speech on the National Mall last week, said he believes returning to D.C. en masse, and on choppers — along with other supportive “patriots” — in response to a move to impeach President Trump could make lawmakers uneasy enough to drop the notion.

He also said that Pelosi, who represents a small, uber-Left-wing district near San Francisco, should nevertheless lose her seat for presiding over several investigations that are designed to do nothing more than make the remains of POTUS’ first term nightmarish.

“I would like to see Nancy Pelosi and her hypocrites work on the POW issue instead of bulls***ting [and] aggravating the President of the United States, who’s doing a fantastic job,” Muller told the crowd.

More than a million Americans would show up — at least

Hitting on Rolling Thunder’s principle objective — bringing attention to claims that foreign governments have hidden the fate of many American soldiers who were either prisoners of war or declared missing in action — Muller said, “When the hell are they going to wake up? It’s not their children, their mothers, their fathers that are left behind in the POW camps.”

“I think he’s doing a great job, and I wish Nancy Pelosi and her cronies would get off his back,” Muller told the Washington Examiner. He added that he believes if Pelosi moves to impeach then his group will be joined with “not just bikers, but patriotic Americans.”

He said he appreciates the fact that POTUS “speaks the truth” as president, regardless of who it upsets, and that he considers Pelosi to be an “arrogant little b**ch.”

“Same with Hillary Clinton. Hillary Clinton and Nancy Pelosi should open up their closets and put some charges against them,” he added. (Related: Lindsey Graham: ‘No Democrat will win nomination without calling for POTUS Trump’s impeachment’.)

Francis “Mac” MacDonald, who presides over the Rolling Thunder affiliate in Virginia, told the Washington Examiner that he “and most of our chapter” would certainly ride in defense of POTUS Trump. He added, however, that it would be in a personal capacity because he does not allow religious and political talk among his chapter because he seeks unification around a core set of ideals.

The president’s support among Rolling Thunder and associated biker organizations — not outlaw bikers — is heavy. If Pelosi and Democrats were to move to impeach the president, a Rolling Thunder-led siege of D.C. could draw as many as 1 million Americans.

And it should — at least that many. We can’t let the Deep State depose our duly-elected president, because we’ll turn into nothing more than a very large banana republic if we do.

Read more about how the Deep State plots against POTUS Trump at DeepState.newsand Trump.news.