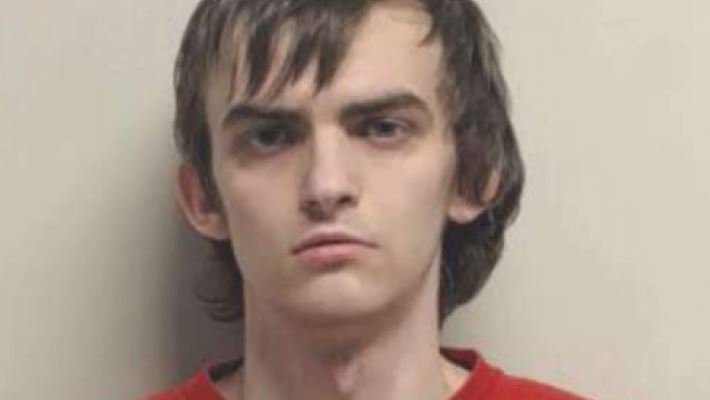 Liberalism teaches white people to hate themselves and each other.

So much for being a decent human being. Draper Police have arrested Steven Ray Becky after the accident, as it was revealed he intentionally drove into his young victim, who happened to be walking next to her electric scooter on the side of the road, Fox13 reports.

Becky was at the wheel of a 2010 Volkswagen Jetta that was going the wrong way and, after the impact, he got out of the car and ran to the girl, yelling at her that “We all have to die sometime.” He then tried to flee the scene of the accident, but one eyewitness rushed and immobilized him until the cops came.

“A probable cause statement from Draper City Police Department states that Steven Becky admitted to using Xanax, marijuana, LSD and mushrooms. He also told police he deliberately hit her because she was white,” the report notes.

Becky himself is white, but the high amount of drugs in his system may explain his explanation for the accident.

Or maybe it is the liberal brainwashing that teaches white people in this country to hate themselves. Ever think of that?

What about people like Rachel Dolezal and Elizabeth Warren?

They are so ashamed of being white that they pretend to be something they are not. Liberalism teaches this shame.

An 11-year-old girl is recovering from severe injuries after a man intentionally hit her with his car because she is white, according to police.

Steven Ray Becky, 19, was charged with attempted homicide and DUI with serious bodily injury by authorities in Draper, Utah.

Becky was driving a Volkswagen Jetta in a residential neighborhood when he appeared to “intentionally” swerve to hit the young girl, who was riding an electric scooter, before he careened into a decorative boulder and flipped the vehicle onto its roof.

Becky, who told police he was under the influence of marijuana, mushrooms, LSD, and Xanax at the time, reportedly charged up to the girl and told her, “We all have to die sometime,” before attempting to flee the scene.

Police say Becky acted “non-sympathetic towards the child victim,” eventually telling them he targeted her “because she was white.”

The girl was reportedly taken to hospital with head injuries and a fractured hip.

“This is not what I would describe as someone that had veered into the gal or drifted into the gal,” said Draper Police Chief John Eining. “My description would be that this is somebody that turned into the gal.”

How the leftists in this country have been able to cause whites to turn on each other is mind-baffling.

They are teaching people to hate their own ancestry and who knows how far this will go.

Ever heard of White Guilt?

White guilt is the individual or collective guilt felt by some white people for harm resulting from racist treatment of ethnic minorities by other white people both historically and currently in the United States and to a lesser extent in Canada, South Africa and the United Kingdom.[1] White guilt has been described as one of the psychosocial costs of racism for white individuals along with empathy (sadness and anger) for victims of racism and fear of non-whites.[2]

Allow that to digest for awhile.

These are dangerous times we live in.

The brainwashing has just begun.

Let’s lift our prayers up together for this young girl to have a speedy and full recovery.