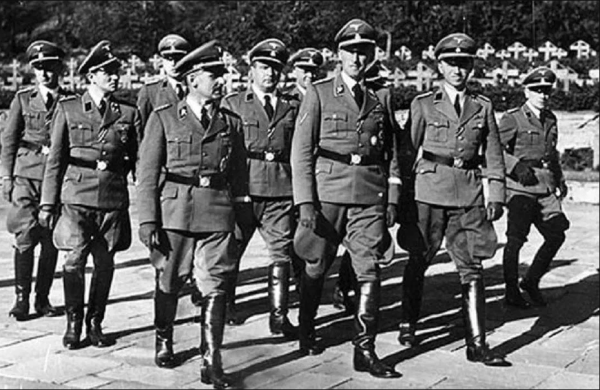 “The state must declare the child to be the most precious treasure of the people. As long as the government is perceived as working for the benefit of the children, the people will happily endure almost any curtailment of liberty and almost any deprivation.” ― Adolf Hitler

Few things strike fear into the heart of a parent more than the knowledge that you are on the radar of Child Protective Services, or more commonly known as CPS.

Although the agency may not be named CPS in your town,  the agenda remains the same, nonetheless.

In summary, Child Protective Services are mandated to protect children who are in danger, or who are in living conditions that could produce dangerous outcomes.

For the sake of clarity, I want to make something known.  I do not now, nor will I ever, disregard the fact that there are numerous situations where children need to be defended because they cannot defend themselves.

The story that follows is not one of those situations.

Before we begin, let’s establish what the “law of the land” has to say about our individual, unalienable rights, while reviewing a brief definition of Due Process

-5th Amendment:
No person shall be held to answer for a capital, or otherwise infamous crime, unless on a presentment or indictment of a Grand Jury, except in cases arising in the land or naval forces, or in the Militia, when in actual service in time of War or public danger; nor shall any person be subject for the same offence to be twice put in jeopardy of life or limb; nor shall be compelled in any criminal case to be a witness against himself, nor be deprived of life, liberty, or property, without due process of law; nor shall private property be taken for public use, without just compensation.

14th Amendment
…No State shall make or enforce any law which shall abridge the privileges or immunities of citizens of the United States; nor shall any State deprive any person of life, liberty, or property, without due process of law; nor deny to any person within its jurisdiction the equal protection of the laws.

Fair treatment through the normal judicial system, especially a citizen’s entitlement to notice of a charge and a hearing before an impartial judge.

Due Process Under the Law

The US Constitution is pretty clear, as outlined above, that everyone is entitled to due process before they are deprived of life, liberty or property.  As stated in the US Constitution, our rights are unalienable.

That means we do not lose them just because we are dealing with Child Protective Services, or anyone else for that matter.

For that reason, almost every single child apprehension by a CPS worker is unconstitutional.

“By the skillful and sustained use of propaganda, one can make a people see even heaven as hell or an extremely wretched life as paradise.” -Adolf Hitler

The specific crime perpetrated by the Montana DPHHS that I am covering with this article involves a woman by the name of Samantha Dolke, and her newborn son, Bastion.

Bastian was taken from Samantha by DPHHS before she even left the hospital.

One would think that a mother would have to do something pretty heinous to her infant child for DPHHS to spring into action so quickly, even while the mother is still recovering from childbirth.  Sadly, that is not the case with Samantha and Bastion.

The reason for removing Bastion from his mother’s care are outlined on the document below.  Due to the nature of the photocopy, I will recount below the section entitled, “Reason for Removal” in the interest of clarity.

“Concerns of inability to provide appropriate care.  Inability or unwillingness to cooperate with this department”

A Paradigm Shift in Our Thinking

One of the reasons that reform has been so slow to take hold in the CPS arena is that they have convinced people, over many years, that if CPS shows up at someone’s door, it’s because the parent deserves it.  This is just simply not true and may be the Achilles heel to the reformation movement regarding CPS.

The case of Samantha Dolke is a complicated one, as she has already had numerous children taken from her by the Montana DPHHS.  To me, that is of little significance as it pertains to the specific matter of her son, Bastion.

Furthermore, if any of her children were taken in the same manner that Bastion was taken, then all charges against her should be dropped because of  her lack of access to due process.

Again, folks, you do not lose your constitutional rights just because the Montana DPHHS says so.  This is simply a big lie.

“If you tell a big enough lie and tell it frequently enough, it will be believed.” -Joseph Goebbels

Due to the complicated nature of the case in regards to Samantha and Bastion, I have included below a video interview that I conducted just 2 days ago with Samantha and her friend, Strausie Hart.

Sadly, the case of Samantha and Bastion is not an isolated one; as the amount of correspondence that I receive regarding abuse by Child Services is voluminous.

Open kidnapping is being sanctioned by the states across the nation in the name of protecting children, while 88% of the victims who end up in human trafficking can traced back to involvement with foster care.  This truly is a national epidemic and it’s not going to end until we end it.