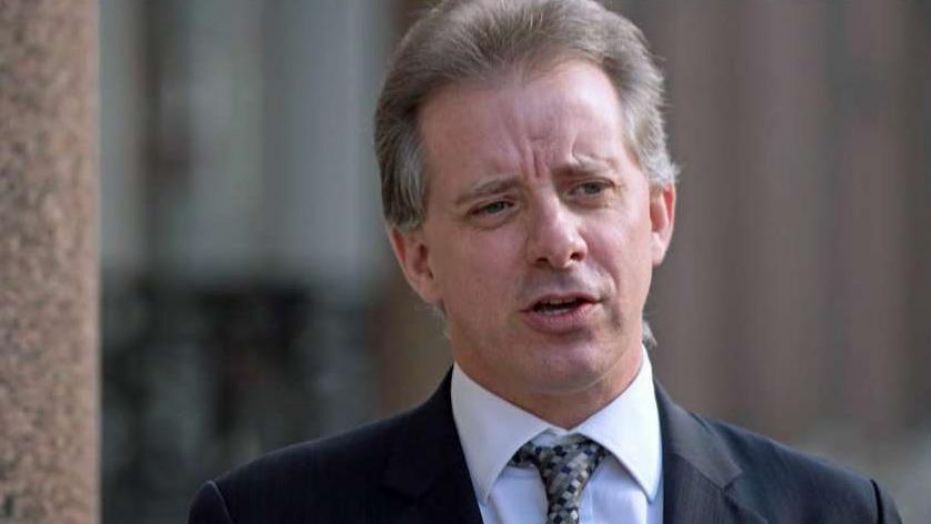 On its face, the letter appears to be a simple criminal referral of Christopher Steele for lying to the FBI.  But there’s much more to this story than that. One that has Democrats and the corrupt investigators at the FBI and the DOJ, in fear.

The Republican senators had already realized (or, in the least, strongly suspected) that the FBI had lied about not having knowledge of Steele’s many contacts with the media during which meetings he shopped his dossier that alleged Donald Trump had potentially seditious ties to Russia.

The Grassley/Graham letter came in response to new revelations.

Remember that on August 22, 2017, approximately four and a half months prior to the Grassley/Graham letter, the man Steele was working for, Glenn Simpson had testified to the Senate Judiciary Committee that the FBI knew Chris Steele had been shopping the dossier prior to the 2016 election.

The fact is, it was widely reported that the dossier was heavily shopped by Simpson and that meetings with the media had been arranged with Steele.  Hell, even David Cramer, assistant to then-Senator John McCain had been given a copy of Steele’s compilation.

Additionally, the FBI formally terminated its relationship with Steele prior to the 2016 election, giving as the reason that Steele had been meeting with the media.

Steele also told a British court the FBI was fully aware of all his media contacts.

The FBI was well aware how heavily the dossier had been shopped around town by both Steele and Simpson.  It was impossible for the FBI not to have been. But, the FBI was relying on the credibility of the dossier to bolster their application to the FISA court.

Sen. Grassley spoke from the well of the senate in January, 2018 where he suggested that this discrepancy might be evidence of a much more serious problem.

…”If those [FBI] documents are not true, and there are serious discrepancies that are no fault of Mr. Steele, then we have another problem—an arguably more serious one”…

The fears about the FBI have been borne out.

We’ve subsequently heard testimony from then-Associate Deputy Attorney General Bruce Ohr, who served as a conduit to the FBI for Steele’s unsubstantiated claims to continue after he was officially terminated:

Ohr’s briefings, in July and August 2016, included the deputy director of the FBI, a top lawyer for then-Attorney General Loretta Lynch and a Justice official who later would become the top deputy to special counsel Robert Mueller. (Andrew Weissmann)

Ohr explicitly told the FBI that Steele was desperate to defeat the man he was investigating and was biased. – John Solomon

Yet the FBI proceeded to use the Steele dossier as the key piece of evidence in securing a series of FISA surveillance warrants against Team Trump, even stamping VERIFIED across the top of it, despite the fact that, according to then-FBI Director Jim Comey’s testimony, it remained unverified when the first FISA application had been submitted.

This is potentially damning evidence that members of the FBI and DOJ conspired to knowingly use opposition research to begin surveilling a political campaign.

Rep. Adam Schiff (D-CA), one of the loudest mouthpieces defending the conspirators, sensed the enormous damage this would cause to his false narrative.

In February 2018, Schiff turned to his contacts/protectors at the Washington Post in an attempt to minimize the fallout by injecting an alternative narrative into the public consciousness.

Then Ranking House Intel Committee member Schiff released a memo claiming that Ohr’s contacts with the FBI only began “weeks after the election and more than a month after the Court approved the initial FISA application.”

Schiff was attempting to defend the FBI against mounting evidence of criminal wrongdoing.  More important to Schiff was protecting the highest echelons of the Democratic Party who participated and orchestrated the conspiracy against candidate and then President Donald Trump.

Now, the man at the center of this controversy, Christopher Steele has agreed to answer questions from United States prosecutors.  The questioning is almost certain to be conducted by the man appointed to handle this matter, John Durham.

Di Genova: ‘Well, he obviously made a strategic decision because he’s going to be interviewed by John Durham. It’s not the inspector general from the Department of Justice who is going to talk to him. Because he doesn’t have any reason to talk to Mr. Horowitz.

He’s going to talk to John Durham and his people. So there’s obviously some sort of deal that’s been worked out. This is great news…

The wall are beginning to close in on the FBI fraudsters…

Many of those same fraudsters, bolstered by Clinton-allied attorneys, are the same people who worked for 22-months alongside Special Counsel Robert Mueller (actually alongside Andrew Weissmann.)

They were trying desperately to substantiate some crime… any crime… against Donald Trump that would somehow justify their corrupt actions while working at the DOJ and FBI where they launched this illegal operation.

“Never before — until 2016 — had the apparatus of U.S. presidential candidate managed to sic the weight of the FBI and U.S. intelligence community on a rival nominee during an election, and by using a foreign-fed, uncorroborated political opposition research document.” – John Solomon

Join us at SPREELY for real news from real patriots without the leftist censorship! Sign up now!