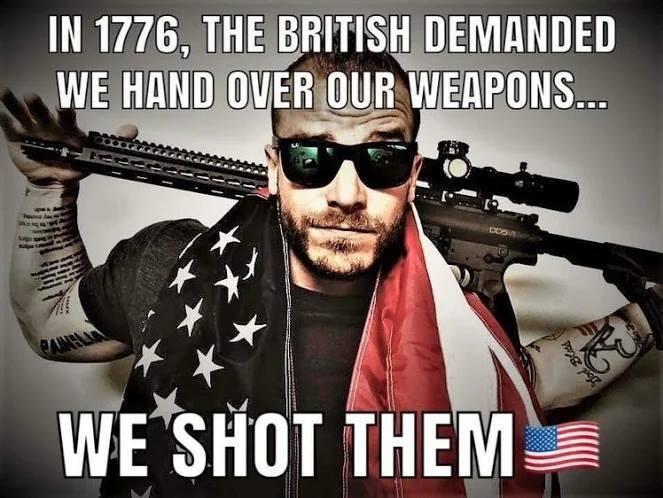 There is a lot of talk these days (from the democrats) about the federal and state legislatures passing laws that will restrict or abolish your constitutional right to keep and bear arms enumerated in the Bill of Rights. Let me tell you now that it’s all bullshit as none of these ‘government legislatures’ have been granted that authority or power. Any change to your rights would require a constitutional amendment and even with an amendment it wouldn’t matter as our rights are not dependent on the Constitution.

There are many examples of court rulings in this article but Davis v. Wechsler pretty much sums it up.

Davis v. Wechsler , 263 US 22, 24. “Where rights secured by the Constitution are involved, there can be no rule making or legislation which would abrogate them.”

(Abrogate – legal definition – to repeal or do away with a law, right, or formal agreement).

Rule making and legislation sounds a little like a reference to the ATF and congress as well as the state legislatures. There is a supreme law in the U.S. and no government has the authority to interfere with it.

So that leads to the question: What is the supreme law of the land?

The Constitution is the supreme law and the laws made in ‘Pursuance thereof’. What is the meaning of ‘Pursue’? Obviously it is to follow. Therefore, in order for laws to be constitutional they are required to conform to, and follow, the powers granted and the limitations defined by the constitution. As a result, laws made by the federal government must be directly related to and supported by the Enumerated Powers the constitution grants to the federal government to be valid, and, if the power is not enumerated, the congress has no authority to legislate. Enumerated Powers are defined in Article I, Section 8 Clause 1-16.

If you read through the enumerated powers you will see that the federal government has no power or authority to abrogate, limit, infringe or interfere in any way with any of the Peoples’ unalienable, natural rights. Therefore, they have no authority or power to regulate firearms or to dictate who can own them or what type they may be.

At the Massachusetts ratifying convention, Theophilus Parsons made this statement:

“No power was given to Congress to infringe on any one of the natural rights of the people by this Constitution, and, should they attempt it without constitutional authority, the act would be a nullity, and could not be enforced.”

Thomas Jefferson put it this way:

“A free people claim their rights, as derived from the laws of nature, and not as the gift of their chief magistrate.”

In other words, we the people can, and need to, exercise our rights whether the government wants us to or not.

Michigan Supreme Court Chief Justice Thomas Cooley wrote in “The General Principles of Constitutional Law” (2nd Ed., 1891, p. 282): “The Second Amendment … was meant to be a strong moral check against the usurpation and arbitrary power of rulers. … The people … shall have the right to keep and bear arms, and they need no permission or regulation of law for the purpose.”

McDonald v. Chicago, 561 U.S. 742 (2010) The individual right to keep and bear arms for self-defense is incorporated against the states through the Due Process Clause of the Fourteenth Amendment.

Police power is exercised by the legislative and executive branches of the various states through the enactment and enforcement of laws. States have the power to compel obedience to these laws through whatever measures they see fit, provided these measures do not infringe upon any of the rights protected by the United States Constitution or in the various state constitutions, and are not unreasonably arbitrary or oppressive. (Emphasis mine).

Shuttlesworth v. Birmingham, 394 U.S. 147 (1969). “With regard particularly to the U.S. Constitution, it is elementary that a Right secured or protected by that document cannot be overthrown or impaired by any state police authority.”

What does federal law say about deprivation of rights?

42 U.S.C. 1983 states: “Any person who, under color of any statute, ordinance, regulation, custom, or usage, of any State or Territory or the District of Columbia, subjects, or causes to be subjected, any citizen of the United States or other person within the jurisdiction thereof to the deprivation of any rights, privileges, or immunities secured by the Constitution and laws, shall be liable to the party injured in an action at law, suit in equity, or other proper proceeding for redress.”

Here a former attorney general argues against voter ID because…..

Attorney General Eric Holder once famously said: “People don’t need an ID to vote because it is a Right.”

OK! Can someone tell me why we need an ID to buy a gun? Why is the 2nd Amendment always under fire? Because the government wants to totally control the people and they can’t when we’re armed! There is only so much many of us will put up with and they know it.

“The right of self defense is the first law of nature,” wrote George Tucker in the 1803 Blackstone’s Commentaries regarding the American Second Amendment. “In most governments it has been the study of rulers to confine this right within the narrowest possible limits . . . and [when] the right of the people to keep and bear arms is, under any color or pretext whatsoever, prohibited, liberty, if not already annihilated, is on the brink of destruction.” (Emphasis mine).

Where do you think we are today?

The following court decisions talk about the infringement of rights.

United States v. Cruikshank, 92 U.S. 542 (1876) The Second Amendment has no purpose other than to restrict the powers of the federal government. The right to keep and bear arms in the sense of “‘bearing arms for a lawful purpose'” “is not a right granted by the Constitution” and “[n]either is it in any manner dependent upon that instrument for its existence.”

District of Columbia v. Heller, 554 U.S. 570 (2008) The Second Amendment protects an individual right to possess a firearm unconnected with service in a militia and to use it for traditionally lawful purposes such as self-defense within the home.

Heller does not go far enough as seen in the quote below from Professor Lund.

“The text of the Constitution expressly guarantees the right to bear arms, not just the right to keep them. The courts should invalidate regulations that prevent law-abiding citizens from carrying weapons in public, where the vast majority of violent crimes occur. First Amendment rights are not confined to the home, and neither are those protected by the Second Amendment”. Nelson Lund University Professor, Antonin Scalia School of Law, George Mason University.

Miranda v. Arizona, 384 U.S. 436; 325 (1966) Where rights secured by the Constitution are involved, there can be no rule making or legislation that would abrogate them.

Murdock v. Pennsylvania, 319 U.S. 105 “No state shall convert a liberty into a license, and charge a fee therefore.”

Shuttlesworth v. City of Birmingham, Alabama, 373 U.S. 262 “If the State converts a right (liberty) into a privilege, the citizen can ignore the license and fee and engage in the right (liberty) with impunity.”

The Tenth Amendment’s simple language—“The powers not delegated to the United States by the Constitution, nor prohibited by it to the States, are reserved to the States respectively, or to the people”—emphasizes that the inclusion of a bill of rights does not change the fundamental character of the national government. It remains a government of limited and enumerated powers, so the first question involving an exercise of federal or state power is not whether it violates someone’s rights, but whether it exceeds the national government’s enumerated powers or those powers that have been prohibited to the states by the 14th Amendments incorporation doctrine and other parts of the constitution.

The courts and the federal government have twisted the commerce and the general welfare clauses into something they believe gives them power the Constitution does not grant.

However, we are supposed to have a limited and defined federal government. Madison very simply explained that the clause “common defense and general welfare” was not meant to expand the power of the government beyond its limitations, but to describe the purpose of the power delegated within strict confinement of those boundaries. In other words, this clause does not name a power; it simply describes the purpose for the powers named.

Publius Huldah put it this way: “The government has no authority to infringe on your rights and all gun laws are unconstitutional”.

The 14th Amendment states in part:

So the People are the creator and the government is our creature. Unfortunately our creature has turned into the devil (the founders saw it coming) and this country needs patriotic warriors to get it back in line.

“What country before ever existed a century & half without a rebellion and what country can preserve its liberties if their rulers are not warned from time to time that their people preserve the spirit of resistance? Let them take arms. The tree of liberty must be refreshed from time to time with the blood of patriots & tyrants”. Thomas Jefferson, Paris November 13, 1787.

What will the devil say to that and how will the warrior respond? 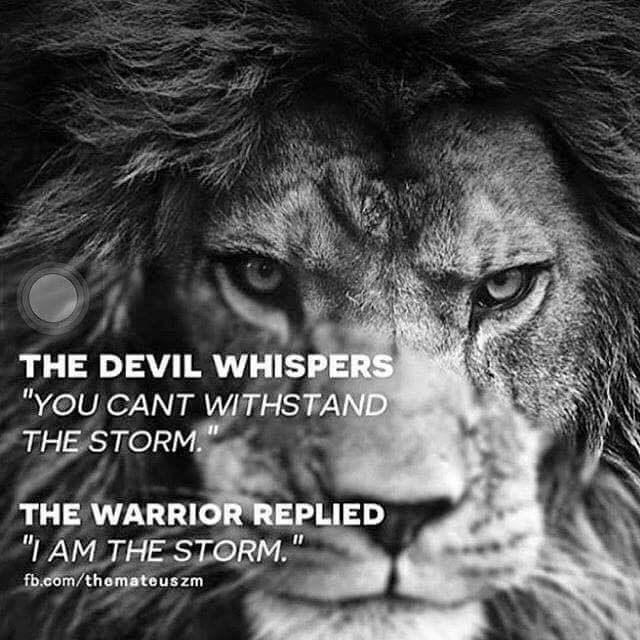 Still concerned about your rights? The government’s at the State and Federal level only get away with what they do because we let them. So let’s stop them – we have the right to do so.

Preamble to the Declaration of Independence:

We hold these truths to be self-evident, that all men are created equal, that they are endowed by their Creator with certain unalienable Rights, that among these are Life, Liberty ad the pursuit of Happiness. — That to secure these rights, Governments are instituted among Men, deriving their just powers from the consent of the governed, — That whenever any Form of Government becomes destructive of these ends, it is the Right of the People to alter or to abolish it, and to institute new Government, laying its foundation on such principles and organizing its powers in such form, as to them shall seem most likely to effect their Safety and Happiness. (Emphasis mine)